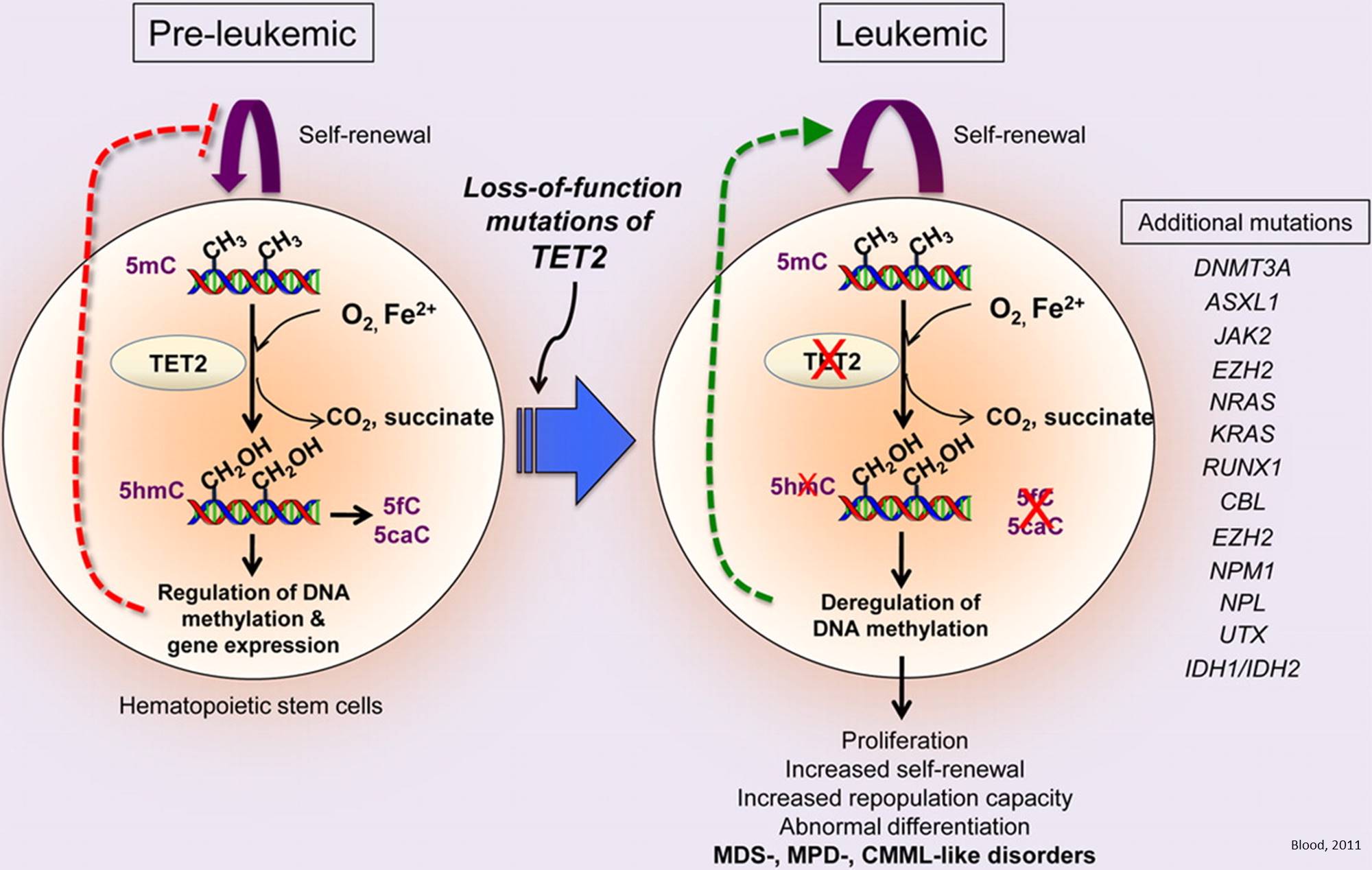 Blood cells with specific mutations stimulate the thickening of fatty plaques — a hallmark of heart disease — in the arteries of mice.

DNA mutates more frequently with age. Many mutations occurring in later life are known to increase cancer risk, but links to cardiovascular disease are less well-defined.

Researchers studied the effects of mutations in TET2, a protein involved in regulating blood-cell development. They transplanted TET2-deficient blood cells into a mouse model of atherosclerosis. The mutant cells multiplied more rapidly than normal cells, and increased inflammation and the growth of atherosclerotic plaques.

TET2 mutations in blood cells have been reported in ageing humans, so the authors suggest TET2 could be a potential target for treating or preventing heart disease.