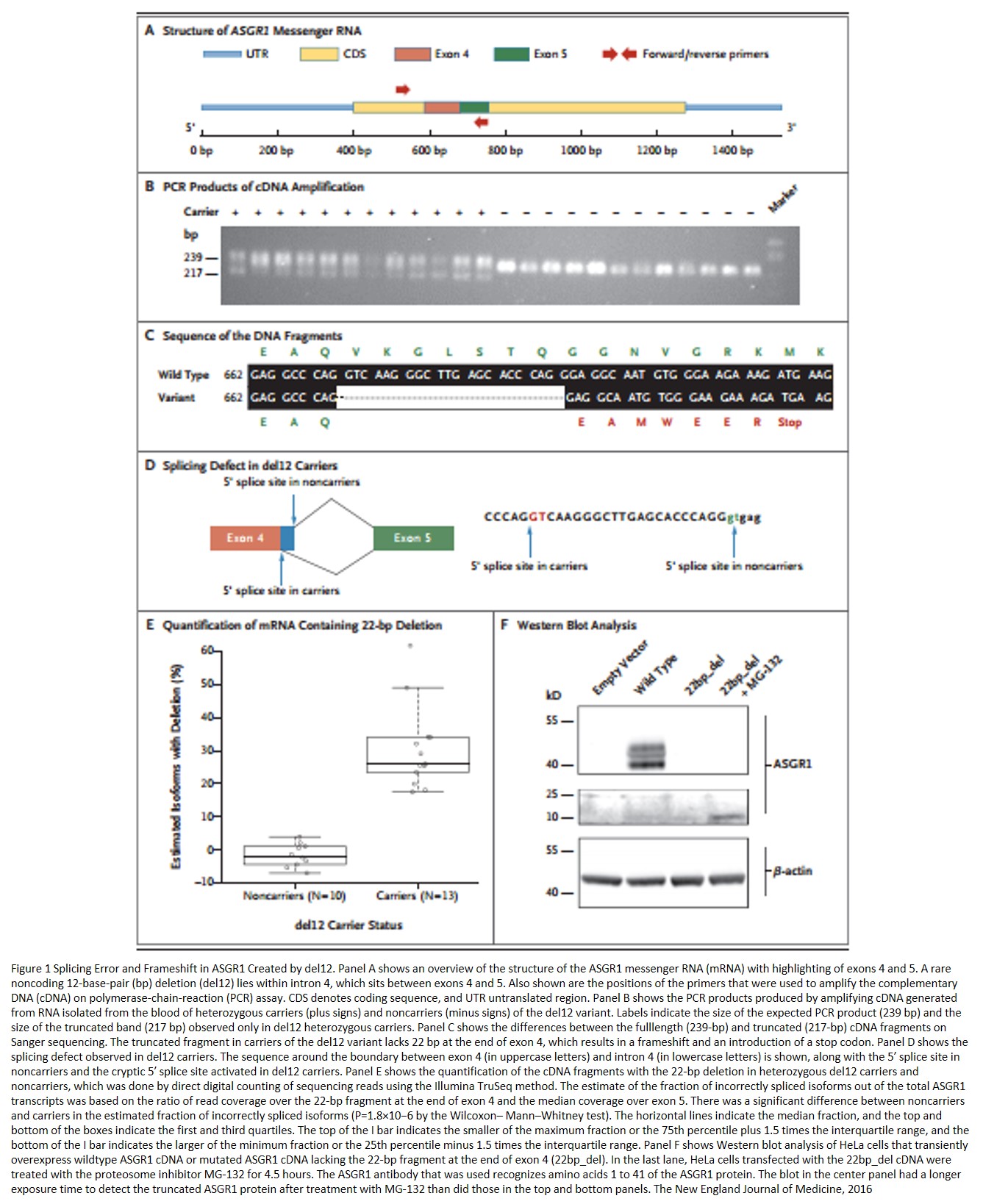 According to new international research published in New England Journal of Medicine, just less than one per cent of the population is naturally protected against developing chronic coronary artery diseases. .

Researchers from Iceland's deCode Genetics headed the project, which involved 292.000 participants of European origin, of which approx. 10,000 were from Denmark. Applying advanced gene sequencing techniques, the researchers located an area - a deletion - in the human genome, which lacked twelve DNA building blocks in 0.8 per cent of the participants.

Subsequent cell experiments revealed that due to the deletion, the serried gene - ASGR1 - is unable to establish the normal structure and function of the protein called the asialoglycoprotein receptor. The receptor protein binds certain sugars and surprisingly, it now turns out that the receptor plays an important role in our cholesterol metabolism and potentially related to vascular inflammation, and in whether or not we develop arteriosclerosis in coronary arteries.

"What's spectacular about the discovery is the fact that individuals with this rare and particular mutation have a lower level of cholesterol in their blood and their risk of developing arteriosclerosis is 34 per cent less. In other words, just under one per cent of the European population is fortunate to have been born with a mutation that decreases their cholesterol levels and thus to a certain extent protects them from developing coronary atherosclerosis," says the author.