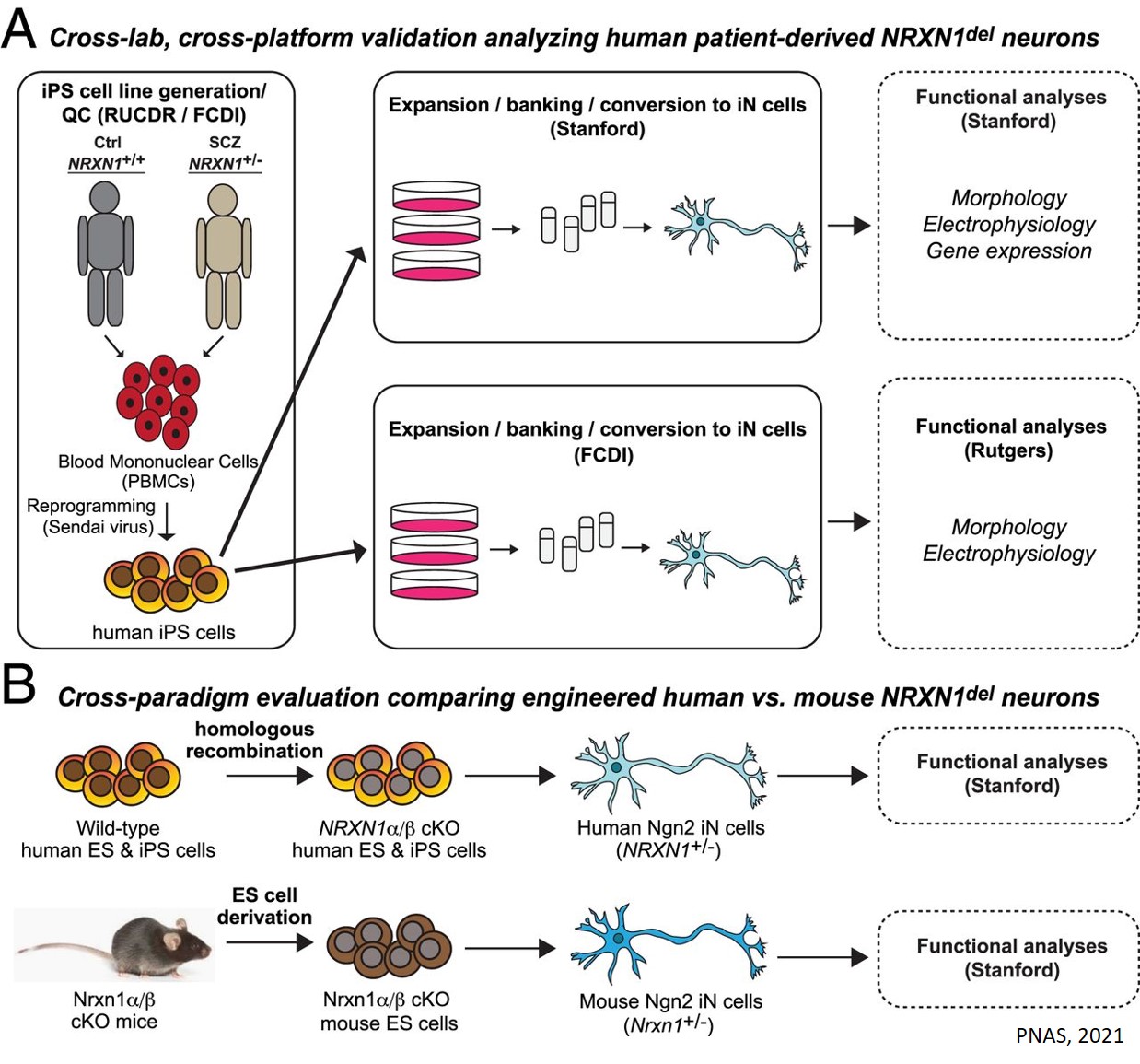 A scientific team has shown that the release of neurotransmitters in the brain is impaired in patients with schizophrenia who have a rare, single-gene mutation known to predispose people to a range of neurodevelopmental disorders.

Significantly, the results from the research with human-derived neurons validated previous and new experiments that found the same major decrease in neurotransmitter release and synaptic signaling in genetically engineered human neurons with the same genetic variant - the deletion of neurexin 1 (NRXN1). NRXN1 is a protein-coding gene at the synapse, a cellular junction that connects two nerve cells to communicate efficiently.

Both the research with human-derived and engineered human neurons also found an increase in the levels of CASK, an NRXN1-binding protein, which were associated with changes in gene expression.

"Losing one copy of this neurexin 1 gene somehow contributes to the etiology or the disease mechanism in these schizophrenia patients," says the lead author of the research published in the Proceedings of the National Academy of Sciences. "It causes a deficit in neural communication."

Although this single-gene mutation puts people at risk for schizophrenia, autism, Tourette syndrome and other neuropsychiatric disorders, "at the end of the day, we don't know what causes schizophrenia. This variant gives us insight into what cellular pathways would be perturbed among people with schizophrenia and a lead to study this biology."

The research team obtained cell specimens from schizophrenia patients with an NRXN1 deletion who donated samples to a national biorepository for genetic studies of psychiatric disorders. The authors converted the participants' specimens into stem cells and then turned them into functional neurons to study. "We're rewinding these cells back, almost like a time machine - what did these patients' brains look like early on," the lead explains.

"It was good to see the consistent biological finding that indeed the neurexin 1 deletion in these patients actually does mess up their neuronal synaptic communication, and secondly that this is reproducible across different sites whoever does the experiment," the lead says.

Notably, the researchers did not see the same decrease in neurotransmitter release and other effects in engineered mouse neurons with analogous NRXN1 deletion. "What this suggests is there is a human-specific component to this phenotype. The human neurons are particularly vulnerable to this genetic insult, compared to other organisms, adding to the value of studying human mutations in human cellular systems," the author says.

Being able to reproduce the results is key to the development of drugs that can better treat schizophrenia. "Everything was done blindly and at different sites. We wanted to not only learn about the biology but also be at the top of our game to ensure rigor and reproducibility of these findings," the author says. "We showed the field how this can be done."