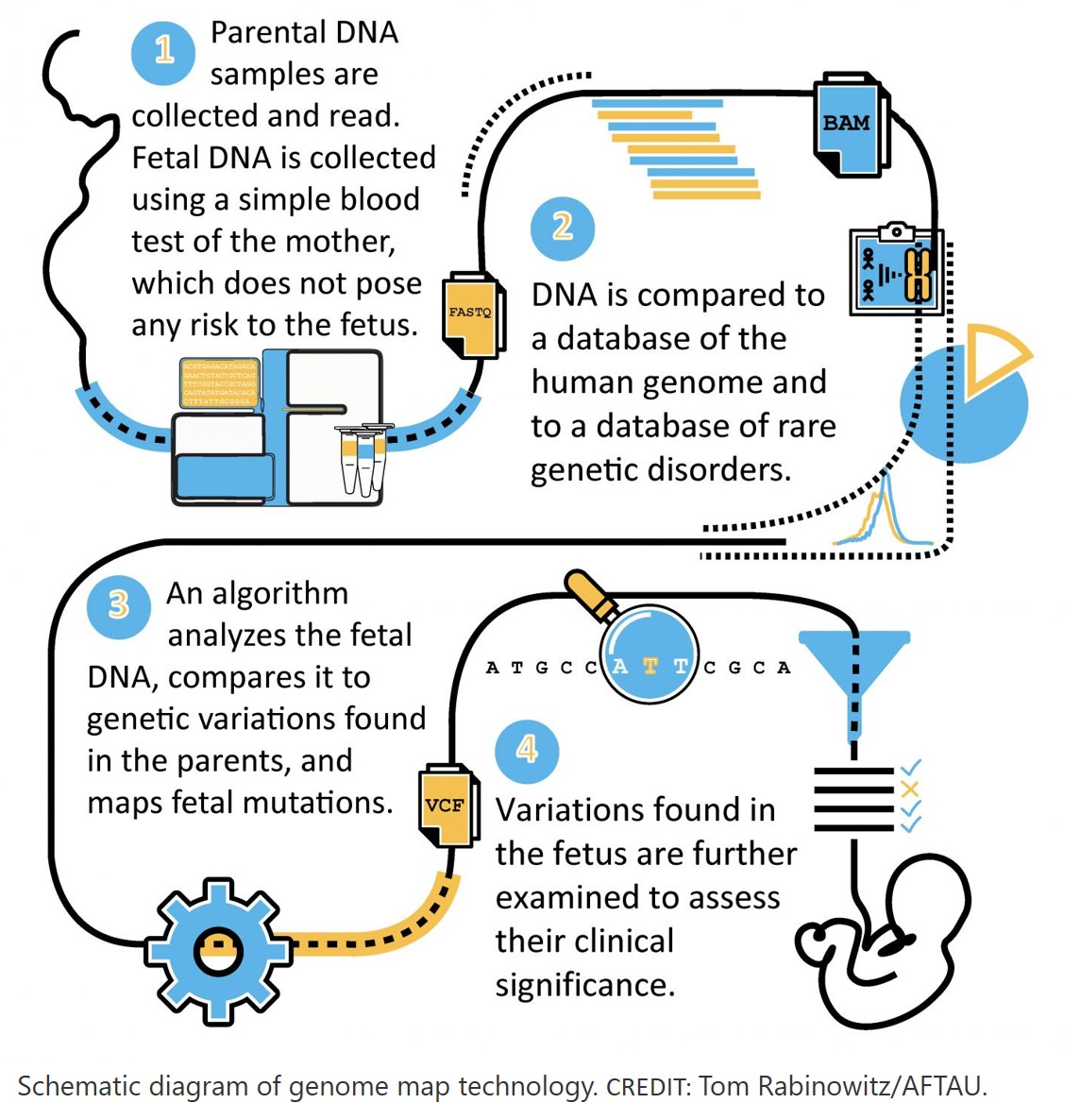 Researchers have developed a new blood test for genetic disorders that may allow parents to learn about the health of their baby as early as 11 weeks into pregnancy.

The simple blood test published in the journal Genome Research lets doctors diagnose genetic disorders in fetuses early in pregnancy by sequencing small amounts of DNA in the mother's and the father's blood. A computer algorithm harnessing the results of the sequencing would then produce a "map" of the fetal genome, predicting mutations with 99% or better accuracy depending on the mutation type.

"Noninvasive prenatal tests are already available for chromosome disorders such as Down syndrome," the senior author says. "Our new procedure is based on fetal DNA fragments that circulate freely in maternal blood and bears only a minimal risk for the mother and fetus compared with such invasive techniques as the amniotic fluid test. We will now be able to identify numerous mutations and diseases in a safe and simple procedure available at the doctor's office.

"The genetic mechanism behind Down syndrome affects a very large portion of the genome and therefore is easier to detect," the senior author explains. "We performed upgraded noninvasive fetal genotyping, using a novel approach and an improved algorithm, to detect many other diseases that are caused by smaller parts of the genome. This is like looking at a map of the world and noticing not only that a continent is missing, but also that a single house is missing.

"The practical applications are endless: a single blood test that would detect a wide range of genetic diseases, such as Tay-Sachs disease, cystic fibrosis and many others."

"We sequenced all these DNA samples and created a computer algorithm that utilizes the parental DNA as well as the cell-free fetal DNA to reconstruct the fetal genome and predict mutations," says the senior author. "We compared our predictions to the true fetal DNA originating from the placenta. Our model is the first to predict small inherited insertions and deletions. The method described can serve as a general framework for noninvasive prenatal diagnoses."

The researchers are working on further improving the accuracy of the method and extending it to detect even more types of mutations.