Novel mechanisms that cause migraines 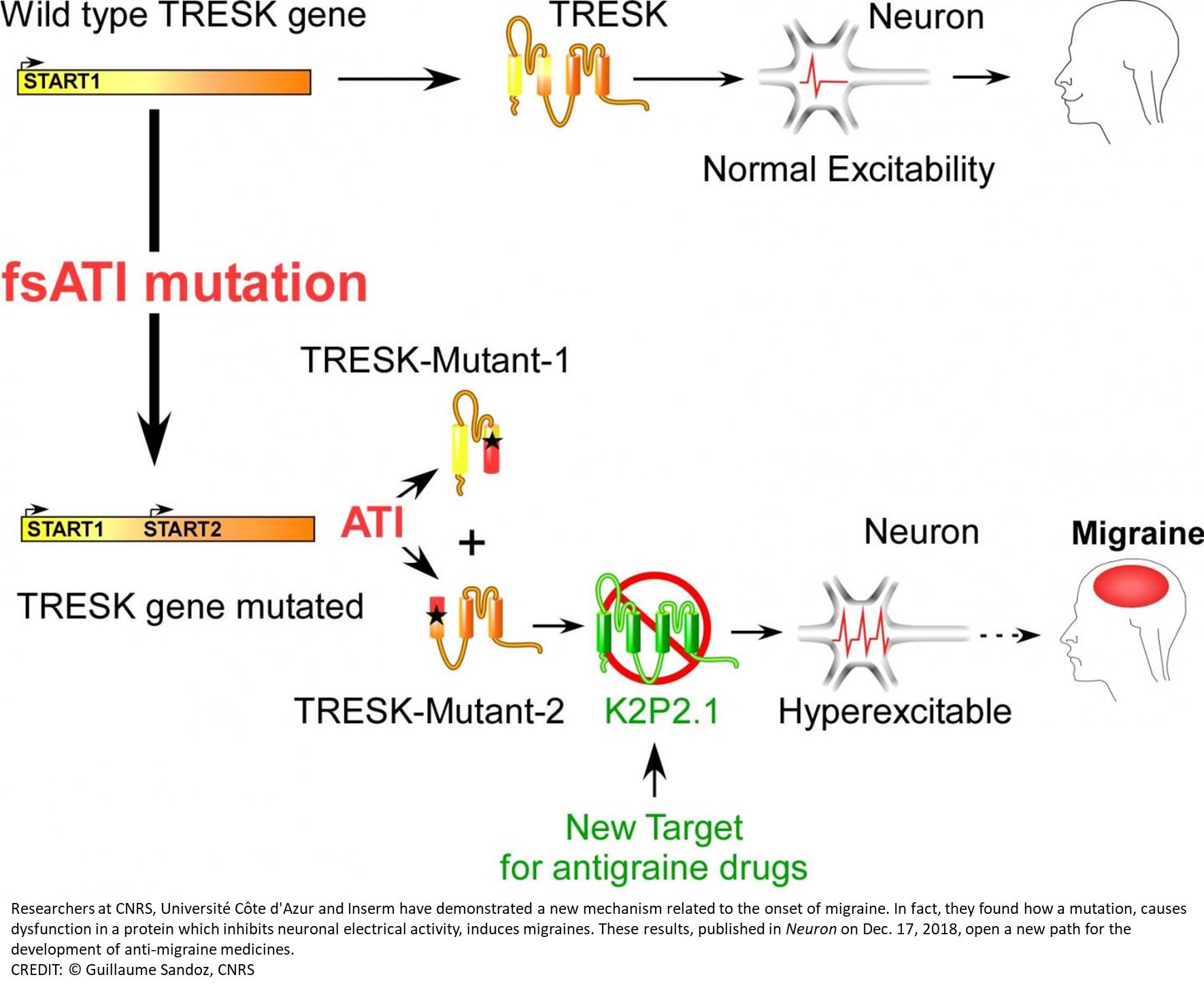 Researchers have demonstrated a new mechanism related to the onset of migraine. In fact, they found how a mutation, causes dysfunction in a protein which inhibits neuronal electrical activity, induces migraines. These results, published in Neuron, open a new path for the development of anti-migraine medicines.

Even though 15% of the adult population worldwide suffers from migraines, no long-term, effective, curative treatment has been marketed to date. Migraine episodes are related, among other factors, to electric hyperexcitability in sensory neurons. Their electrical activity is controlled by proteins that generate current called ion channels, specifically by the TRESK channel (a two-pore-domain K+ channel), which inhibits electrical activity. The researchers have shown that a mutation in the gene encoding for this protein causes a split between two dysfunctional proteins: one is inactive and the other targets other ion channels (K2P2.1) inducing a great stimulation of the neuronal electrical activity causing migraines.

Though researchers had already shown the hereditary nature of migraines, they did not know the mechanism underlying migraine. By demonstrating that the TRESK split induces hyperexcitability in sensory neurons leading to migraine, this work, opens new research path for the development of anti-migraine medicines. A patent application has been filed*: the scope is targeting K2P2.1 channels to reduce the electrical activity of neurons and prevent migraines from being triggered.

What is more, the researchers propose that this new genetical mechanism, causing the formation of two proteins instead of just one, has now to be considered for the study of other genetic diseases and for diagnosing them.