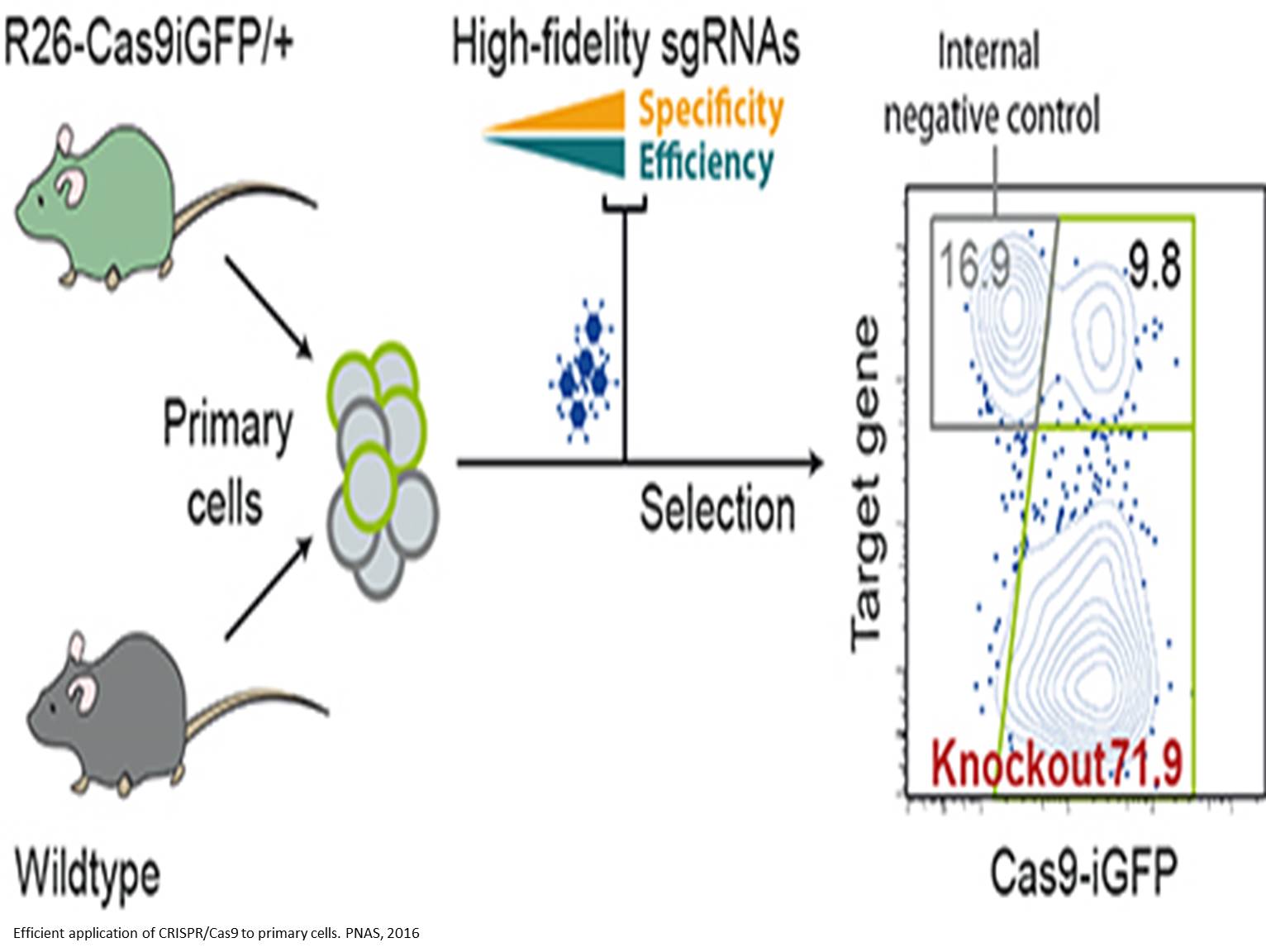 CRISPR/Cas9 technology has many applications in genome editing and genetic screening, but it remains to be optimized for use in primary cells. The efficiency of CRISPR/Cas9 in primary cells depends mainly on the levels of nuclear Cas9 and the effectiveness of the selected single guide RNA molecules (sgRNAs).

The authors also generated a transgenic mouse line with high levels of Cas9 expression, and used the high-fidelity sgRNAs to mutagenize B cells, T cells, and macrophages isolated from the Cas9 transgenic mice. Using this approach, the authors achieved high-efficiency gene knockouts in the primary immune cells, with an average knockout efficiency of 80% in B cells.

Further, the authors used the CRISPR/Cas9 system to perform a small-scale screen on primary B cells, and identified 22 genes needed for B-cell activation and proliferation and 8 genes required for plasma cell differentiation.

The system could enable efficient mutagenesis and genetic screens in primary mouse immune cells and could be readily applied to other primary cells, according to the authors.