PTSD has a strong genetic component like other psychiatric disorders 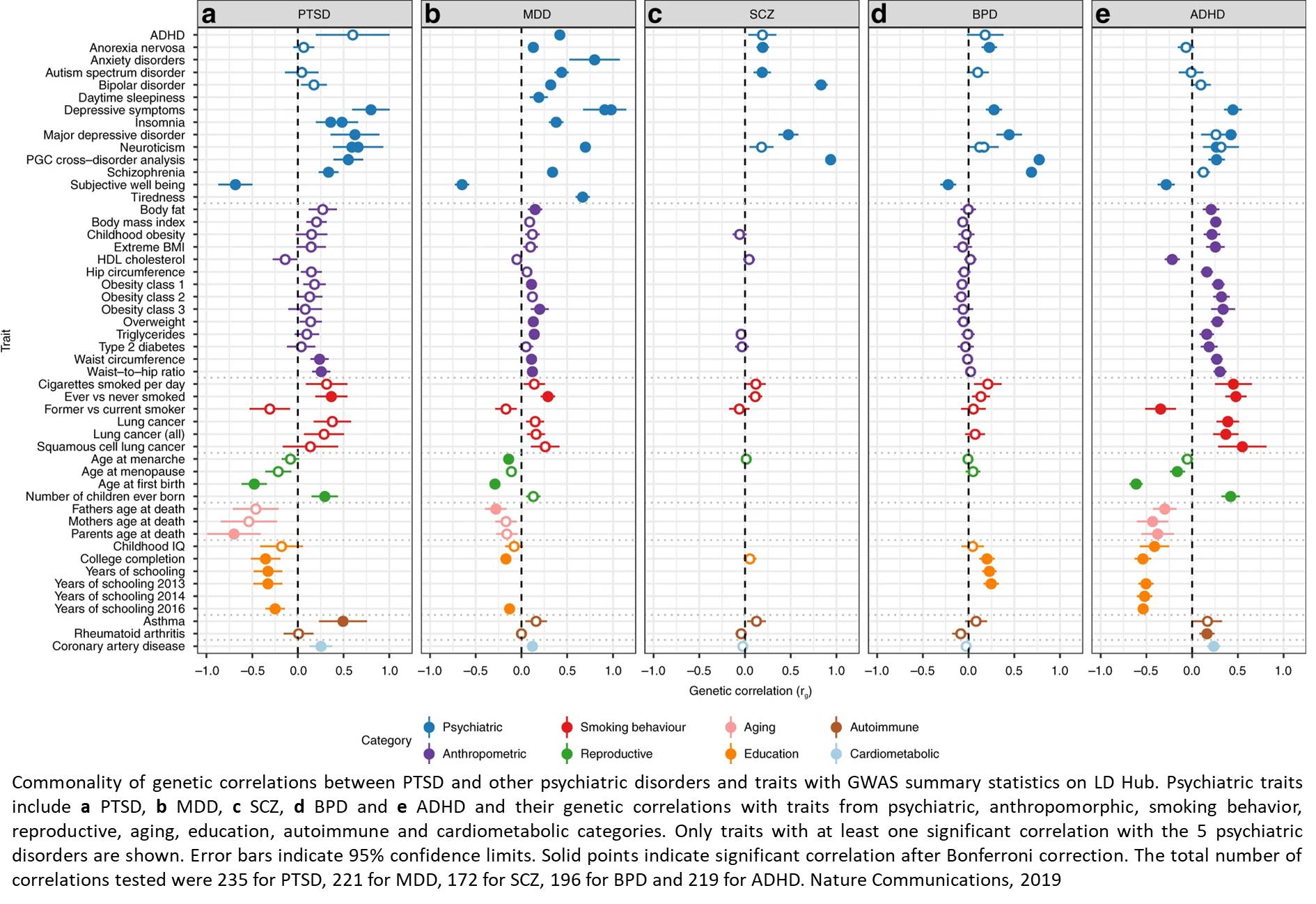 Post-traumatic stress disorder (PTSD) is one of the most common psychiatric disorders, affecting some 8 million adults at some point in their lifetime in the United States. Despite this, it is not clear why only some people who experience a traumatic event develop PTSD. Some researchers have suggested that the disorder is only a social construct, but previous studies have hinted that genetics plays a role. A new study identifies a clear biological basis for PTSD.

In the largest and most diverse genetic study of PTSD to date, scientists from University of California San Diego School of Medicine and more than 130 additional institutions participating in the Psychiatric Genomics Consortium have found that PTSD has a strong genetic component similar to other psychiatric disorders. Genetics, they write in Nature Communications, accounts for between five and 20 percent of the variability in PTSD risk following a traumatic event.

"Our long-term goal is to develop tools that might help clinicians predict who is at greatest risk for PTSD and personalize their treatment approaches," said the study's first and corresponding author. "We can't always protect people from trauma. But we can treat them in the best ways possible, at the best time."

The study team also reports that, like other psychiatric disorders and many other human traits, PTSD is highly polygenic, meaning it is associated with thousands of genetic variants throughout the genome, each making a small contribution to the disorder. Six genomic regions called loci harbor variants that were strongly associated with disease risk, providing some clues about the biological pathways involved in PTSD.

"Based on these findings, we can say with certainty that there is just as much of a genetic component to PTSD risk as major depression and other mental illnesses," said senior author. "Our limited ability to study the living human brain and uncover the biological roots of PTSD has contributed to the lack of treatments and the stigma around this debilitating condition. Genetics helps us make new discoveries, find opportunities for new therapies, and counter that stigma."

At more than 200,000 people, the combined cohort is 10 times larger than the first Psychiatric Genomics Consortium PTSD study, published in 2017, and includes both civilians and members of the military. The cohort is also the most ancestrally diverse for any psychiatric genetics study to date, with more than 23,000 people with PTSD of European ancestry and more than 4,000 of African ancestry.

The team used the data to conduct a genome-wide association study (GWAS), using statistical tests to measure the effect of common genetic variants at millions of points across the genome on someone's likelihood of developing PTSD.

The analysis uncovered DNA variants at six loci that were strongly associated with PTSD risk. Three of the six loci were specific to certain ancestral backgrounds -- two European and one African -- and three were only detected in men. The six loci hint that inflammatory and immune mechanisms may be involved in the disorder, which is consistent with findings from previous studies.

Genome-wide, a substantial number of variants had some level of association with PTSD, showing the disorder to be highly polygenic. The researchers concluded that PTSD's heritability -- the level of influence genetics has on the variability of PTSD risk in the population -- is between five and 20 percent, with some variability by sex. These findings held true across different ancestral groups.

As many behavioral traits and psychiatric disorders have some shared genetic basis, the team also looked for genetic correlations between PTSD and 235 other disorders, behaviors and physical traits. They found significant overlap with 21, including depression, schizophrenia, neuroticism, insomnia, asthma and coronary artery disease.

"Similar to other mental disorders, the genetic contribution to PTSD correlates with that for many other traits," the senior author said. "Further research is needed to determine what this means -- whether some of the same genes that influence risk for PTSD also influence risk for other diseases like, for example, depression."

In a first step toward finding ways to predict who will develop PTSD, the research team used the UK Biobank data to develop a polygenic score that could possibly predict one's risk of developing PTSD following a traumatic event. Polygenic scores tally the effects of millions of genetic variations into a measure that can predict an individual's likelihood of exhibiting a certain trait or having a disorder.

The team tested their scores on data from men in the UK Biobank dataset, finding that those with the highest scores had 0.4-fold higher odds of developing than those with the lowest.

Similarly, when applied to data from the Million Veterans Program, which is studying how genes, lifestyle and military exposures affect health and illness, people with the highest scores had a significant increase in re-experiencing traumatic memories -- a key PTSD symptom.

The study authors emphasized that polygenic scores are not ready for clinical use. Even larger studies with more diverse datasets are needed to improve the accuracy of PTSD prediction and confirm the genetic findings.

"If you look across psychiatric genetics, it's taken even larger sample sizes than what we have here to make robust genetic discoveries," the author said. "This is a good start, but this needs to be a truly inclusive, large-scale, team-based scientific effort if we're going to continue to lay the groundwork for more effective interventions and treatments for the millions of people struggling with PTSD."