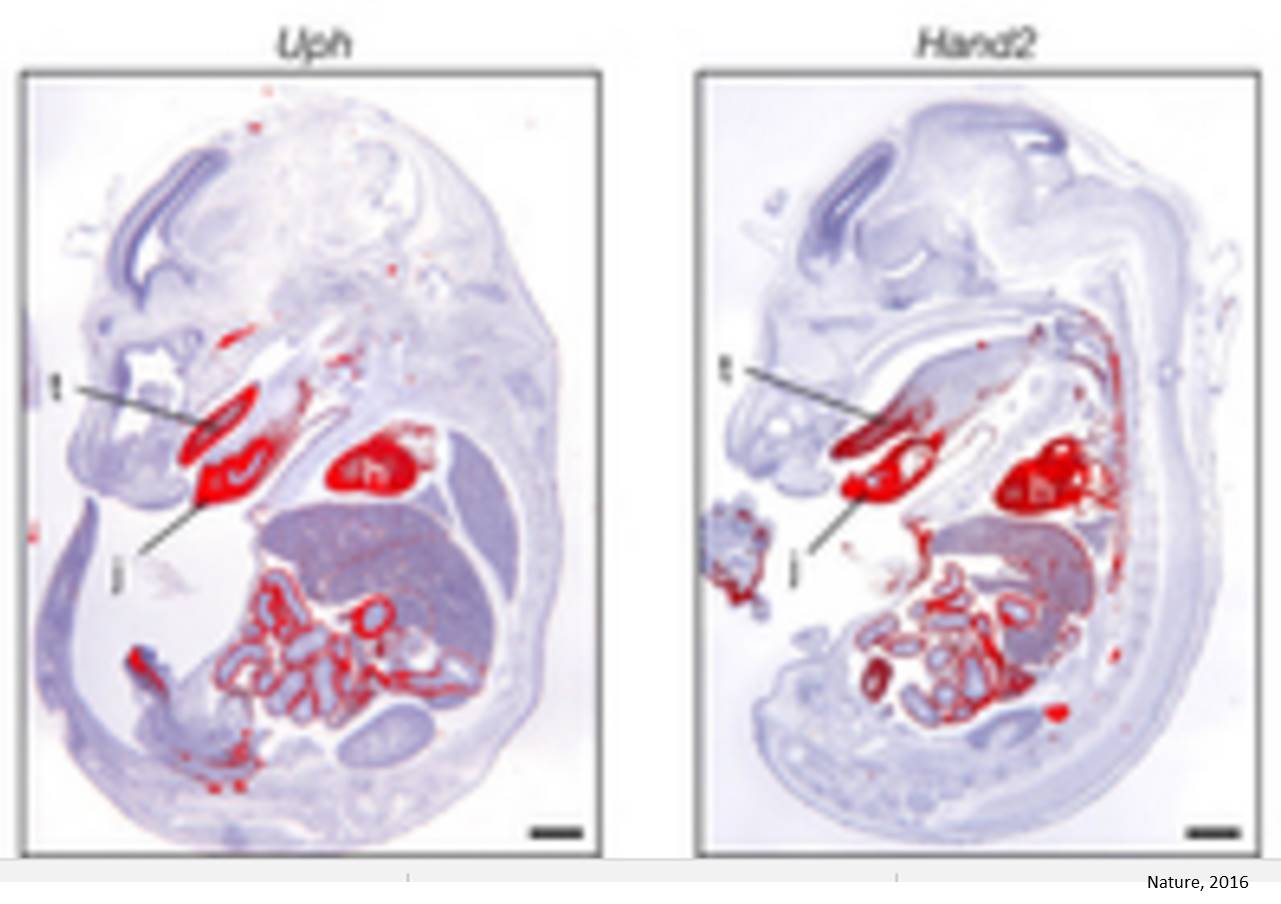 Researchers have identified a pathway essential to heart formation and, in the process, unveiled a mechanism that may explain how some previously puzzling segments of the genome work.

The DNA sequence they studied - which they named Upperhand (Uph) - is located just before a gene called Hand2, which controls the development of the heart as it grows in the womb.

"These findings uncover a new and unexpected step in the control of heart formation whereby one gene, Upperhand, regulates the expression of the neighboring gene, Hand2, by an unusual mechanism," said the senior author
.
Upperhand works something like a safe, which holds the controls for Hand2 locked inside it. Upperhand has to be opened up first for the Hand2 controls to be exposed. That ultimately allows Hand2 to set in motion a whole sequence of events that are crucial to formation of the heart.

Upperhand also may help explain the mystery behind why some DNA sequences don't serve as templates for synthesizing proteins like other DNA sequences. Those that don't are called non-coding DNA and scientists have been pondering what they do and how they work.

"These non-coding sequences are the mysterious "dark matter" of the genome," said the senior author. Upperhand is one such "non-coding" DNA that doesn't serve as the template for a protein.

"Why would it be located before Hand2, we wondered? What we learned is that the [controls] for Hand2 just happen to be trapped inside Upperhand," senior author said. "This is probably a general mechanism for the control of many genes that are important in development, because so many cardiac control genes are adjacent to non-coding RNAs and nobody ever understood why that is."

The research appeared the journal Nature.