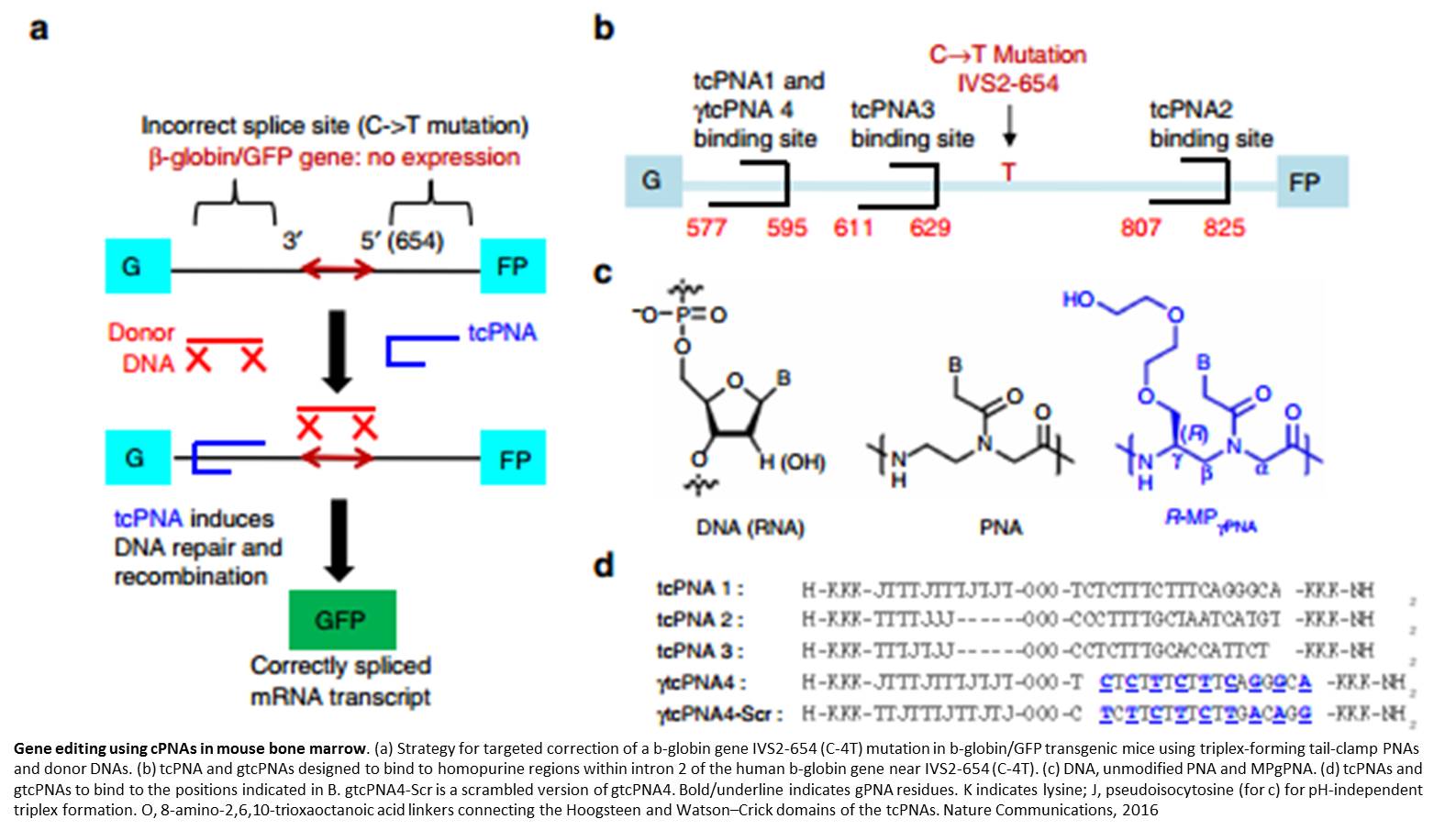 Research team used a new gene editing strategy to correct mutations that cause thalassemia, a form of anemia. Their gene editing technique provided corrections to the mutations and alleviated the disease in mice, the researchers said. The finding could lead to studies of a similar gene therapy to treat people with inherited blood disorders.

The study was published by Nature Communications.

Gene editing techniques have the potential to treat blood disorders that run in families, such as thalassemia and sickle cell anemia, but their application has been largely limited to cells in a laboratory and not living animals. To achieve gene editing in mice with thalassemia, authors developed an alternative approach using a novel combination of nanoparticles, synthetic pieces of DNA, and a simple IV injection.

The cross-disciplinary research team identified a protein derived from bone marrow that has the ability to activate stem cells -- the cells that are the most responsive to gene editing. They combined the protein with synthetic molecules, known as PNAs, that mimic DNA and bind to the target gene to form a triple helix. This triggers the cell's own repair processes to fix the disease-causing mutation.

The team then utilized nanoparticles to transport the PNAs to the target mutation in mice. The final step was to use an IV injection to deliver the gene-editing package.

The researchers found that the technique corrected the mutation to such a degree that the mice no longer had symptoms of thalassemia. After 140 days, they tested hemoglobin levels in the animals and found them to be normal.

In addition, because the research team used tiny pieces of DNA that were produced chemically, this technique avoided the type of unintended outcomes that other techniques, like CRISPR, can cause when they alter the genome. "We demonstrated we have extremely low off-target effects," author noted.

If the strategy proves effective in clinical studies, it could lead to the development of gene therapy for people with thalassemia, and potentially sickle cell disease and other inherited blood disorders, author said. "We might get enough cells corrected that individuals are not anemic anymore. We could achieve a symptomatic cure."