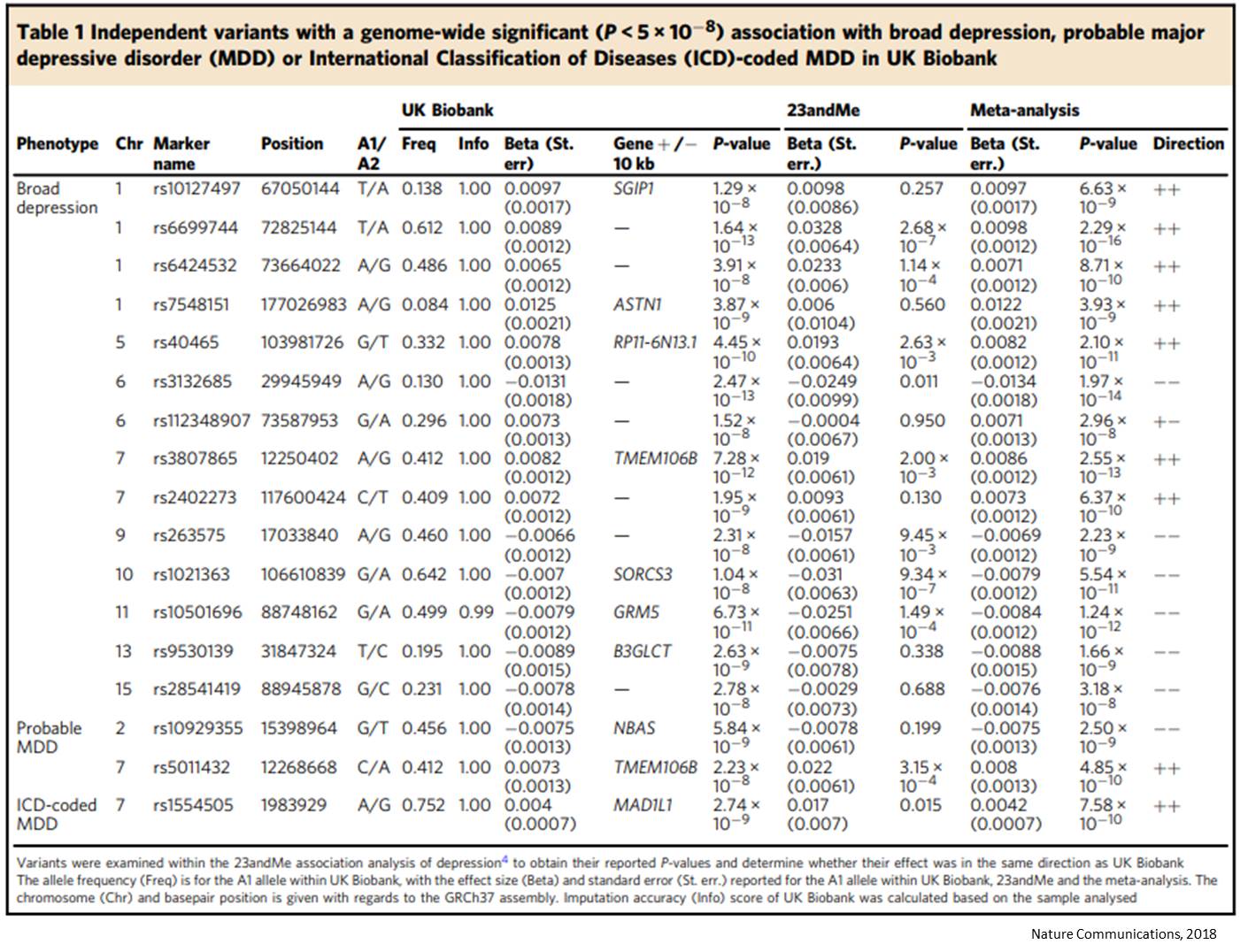 Nearly 80 genes that could be linked to depression have been discovered by scientists.The findings could help explain  why some people may be at a higher risk of developing the condition, researchers say. The study could also help researchers develop drugs to tackle mental ill-health, experts say.

Life events - such as trauma or stress - can contribute to its onset, but it is not clear why some people are more likely to develop the condition than others.

Scientists analysed data from UK Biobank - a research resource containing health and genetic information for half a million people. They scanned the genetic code of 300,000 people to identify areas of DNA that could be linked to depression.

Authors identify 17 independent loci that are significantly associated across the three phenotypes. The direction of effect of these loci is consistently replicated in an independent sample, with 14 loci likely representing novel findings.  Gene sets are enriched in excitatory neurotransmission, mechanosensory behaviour, post synapse, neuron spine and dendrite functions.

The scientists then confirmed their findings published in Nature Communications by examining anonymised data held by the personal genetics and research company 23andMe, used with the donors' consent.

The lead author of the study, said: "This study identifies genes that potentially increase our risk of depression, adding to the evidence that it is partly a genetic disorder. The findings also provide new clues to the causes of depression and we hope it will narrow down the search for therapies that could help people living with the condition."