Sleep like activity without a brain indicates evolutionary origin 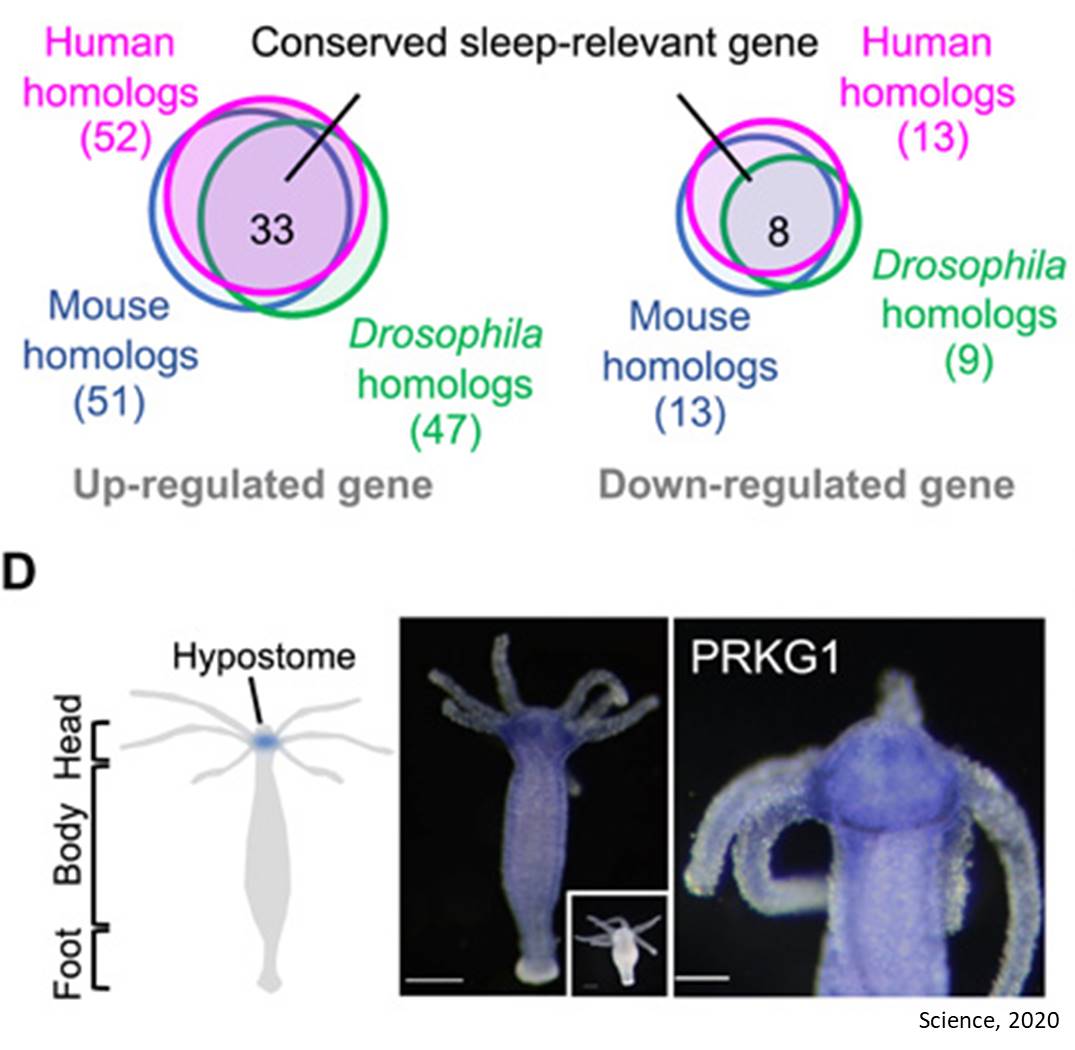 Stay awake too long, and thinking straight can become extremely difficult. Thankfully, a few winks of sleep is often enough to get our brains functioning up to speed again. But just when and why did animals start to require sleep? And is having a brain even a prerequisite?

In a study that could help to understand the evolutional origin of sleep in animals, an international team of researchers has shown that tiny, water-dwelling hydras not only show signs of a sleep-like state despite lacking central nervous systems but also respond to molecules associated with sleep in more evolved animals.

"We now have strong evidence that animals must have acquired the need to sleep before acquiring a brain," says the research leader in Science Advances.

While sleeping behavior was also recently found in jellyfish, a relative of hydras and fellow member of the phylum Cnidaria, the new study from researchers found that several chemicals eliciting drowsiness and sleep even in humans had similar effects on the species Hydra vulgaris.

"Based on our findings and previous reports regarding jellyfish, we can say that sleep evolution is independent of brain evolution," states the author.

"Many questions still remain regarding how sleep emerged in animals, but hydras provide an easy-to-handle creature for further investigating the detailed mechanisms producing sleep in brainless animals to help possibly one day answer these questions."

Only a couple of centimeters long, hydras have a diffuse network of nerves but lack the centralization associated with a brain.

While sleep is often monitored based on the measurement of brain waves, this is not an option for tiny, brainless animals.

As an alternative, the researchers used a video system to track movement to determine when hydras were in a sleep-like state characterized by reduced movement--which could be disrupted with a flash of light.

Instead of repeating every 24 hours like a circadian rhythm, the researchers found that the hydras exhibit a four-hour cycle of active and sleep-like states.

More importantly, the researchers uncovered many similarities related to sleep regulation on a molecular and genetic level regardless of the possession of a brain.

Exposing the hydras to melatonin, a commonly used sleep aid, moderately increased the sleep amount and frequency, while the inhibitory neurotransmitter GABA, another chemical linked to sleep activity in many animals, greatly increased sleep activity.

On the other hand, dopamine, which causes arousal in many animals, actually promoted sleep in the hydras.

"While some sleep mechanisms appear to have been conserved, others may have switched function during evolution of the brain," suggests the author.

Furthermore, the researchers could use vibrations and temperature changes to disturb the hydras' sleep and induce signs of sleep deprivation, causing the hydras to sleep longer during the following day and even suppressing cell proliferation.

Investigating more closely, the researchers found that sleep deprivation led to changes in the expression of 212 genes, including one related to PRKG, a protein involved in sleep regulation in the wide range of animals, including mice, fruit flies, and nematodes.

Disrupting other fruit fly genes appearing to share a common evolutional origin with the sleep-related ones in hydras altered sleep duration in fruit flies, and further investigation of such genes may help to identify currently unknown sleep-related genes in animals with brains.

"Taken all together, these experiments provide strong evidence that animals acquired sleep-related mechanisms before the evolutional development of the central nervous system and that many of these mechanisms were conserved as brains evolved," says the author.