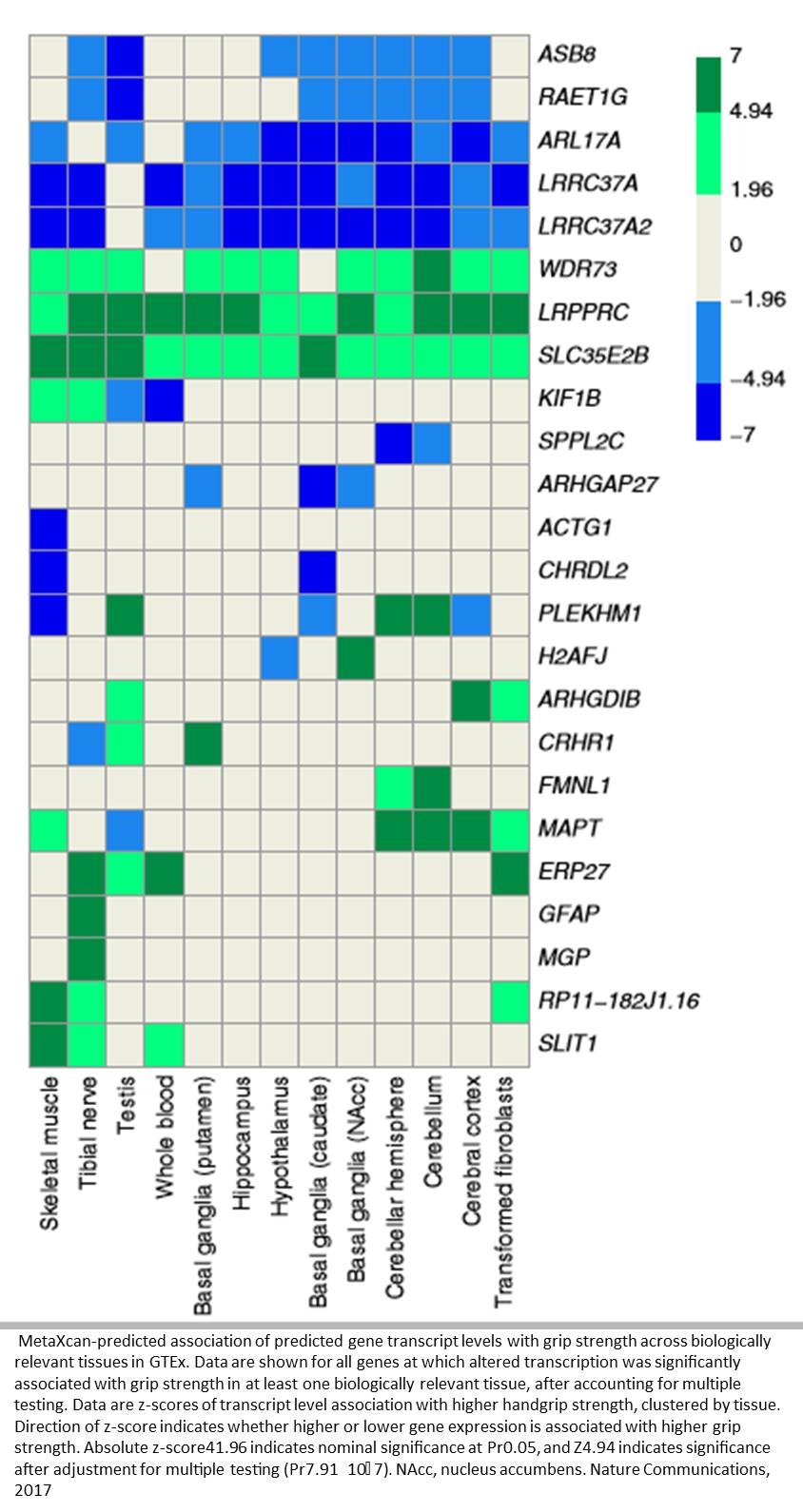 Common genetic factors that influence muscle strength in humans have been identified for the first time in a study published in Nature Communications.

The researchers used data on hand grip strength from more than 140,000 participants in the UK Biobank study, combined with 50,000 additional individuals from the UK, Netherlands, Denmark and Australia, to identify sixteen common genetic variants that are associated with muscle strength.

Many of these variants were located within or near to genes known to play a role in biological processes highly relevant to muscle function, including the structure and function of muscle fibres (ACTG1), and the communication of the nervous system with muscle cells (PEX14, TGFA, SYT1).

Mutations in some of the genes highlighted are also known to be associated with severe monogenic syndromes - conditions caused by a single genetic mutations - characterized by compromised muscle function (PEX14, LRPPRC and KANSL1). This demonstrates that genetic variation in genes which cause serious muscular conditions may also influence differences in strength in the general population.

The co-lead of the study said: "While we have long suspected a role for genetics in the variation in muscle strength, these findings give the first insights into some of the specific genetic variants that underpin variation in strength.

"These could be important steps towards identifying new treatments to prevent or treat muscle weakness."

Hand grip strength has been reported to be associated with many health outcomes, including risk of mortality, cardiovascular disease, and fracture - although it has been unclear whether variation in strength actually causes these outcomes, or simply reflects underlying disease processes.

Using the sixteen genetic variants identified for strength, the researchers were able to investigate the hypothesized causal link between strength and these adverse health outcomes. Their study found no evidence that lower strength causally increases risk of death or cardiovascular disease, but they did find evidence that higher muscular strength reduces risk of fracture, supporting the use of strength training interventions as a strategy to reduce risk of fractures. How cells repurpose their garbage disposal systems to promote inflammation

Immunotherapy against clotting factor to protect neuroinflammation and neurodegeneration