Why do we need one pair of genome? 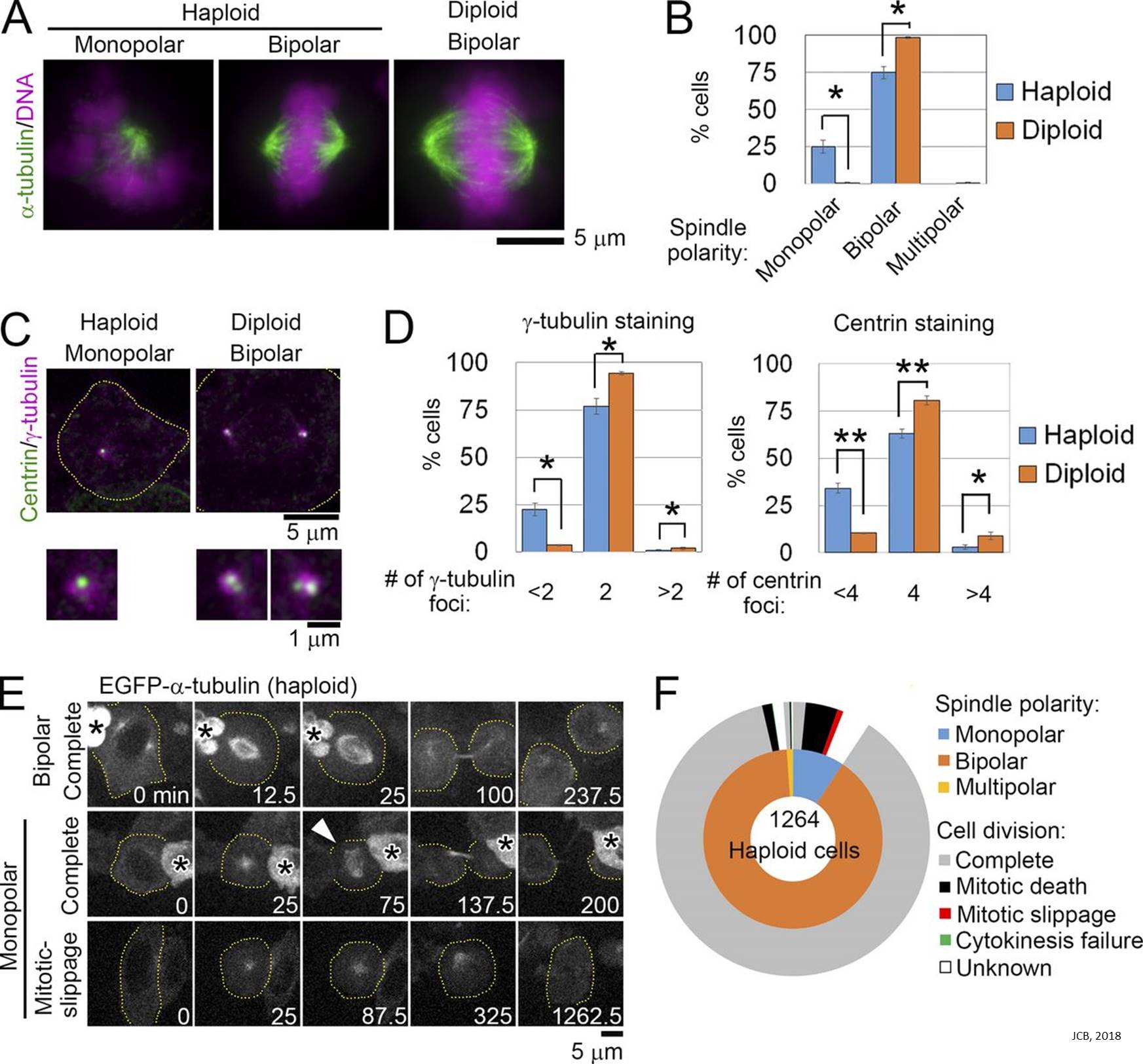 Scientists have unraveled how the cell replication process destabilizes when it has more, or less, than a pair of chromosome sets, each of which is called a genome -- a major step toward understanding chromosome instability in cancer cells.

In the present study, the researchers used human cell lines with different ploidy states -- haploid, diploid and tetraploid -- to investigate the effect of the differences on the cell replication process.

In addition, researchers found that there were fewer cellular fibers, called microtubules, in haploid cells, and more in tetraploid cells. This was significant, as the number of these fibers was found to be a key factor that changes the efficiency of centrosome duplication, resulting in either centrosome loss or over-duplication. On the other hand, the efficiency of DNA replication, which is another important step in cell replication, remained constant, regardless of a cell's ploidy.

"Incompatibility between centrosome duplication and the DNA replication cycle could be the underlying cause of the instability in non-diploid cells in mammals," says the author. "Our findings could help understand chromosome instability in cancer cells, which are often in a non-diploid state, and lead to new cancer treatment strategies."