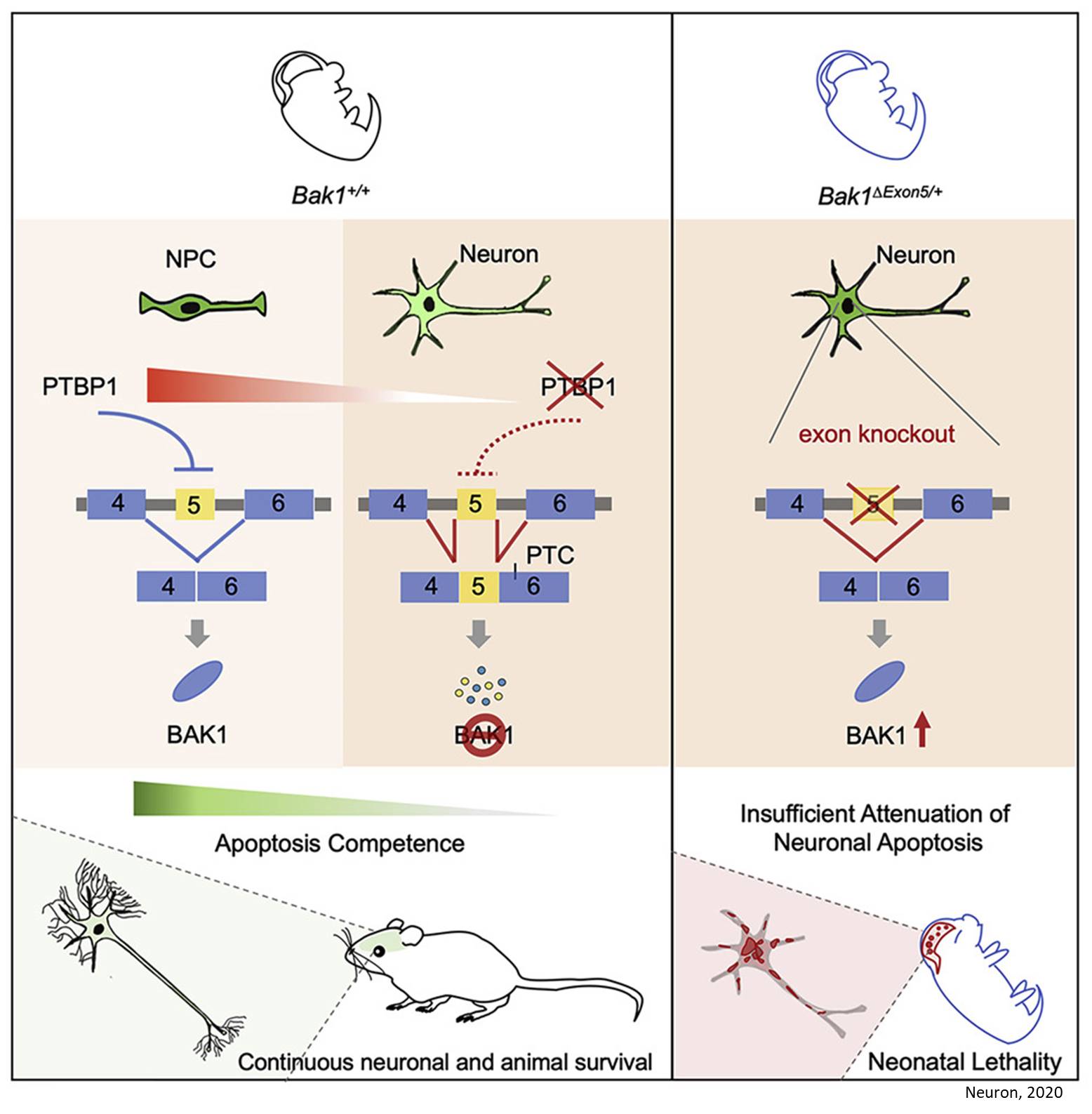 When our neurons -- the principal cells of the brain -- die, so do we.

Most neurons are created during embryonic development and have no "backup" after birth. Researchers have generally believed that their survival is determined nearly extrinsically, or by outside forces, such as the tissues and cells that neurons supply with nerve cells.

A research team has challenged this notion and reports the continuous survival of neurons is also intrinsically programmed during development.

The study, published in the journal Neuron, identifies a mechanism the researchers say is triggered at neuron birth to intrinsically decrease a general form of cell death -- or "apoptosis" -- specifically in neurons. When this genetic regulation is stopped, continuous neuronal survival is disrupted and leads to the death of the animal.

An organism's survival, brain function, and fitness are dependent upon the survival of its neurons. In higher organisms, neurons control breathing, feeding, sensation, motion, memory, emotion, and cognition. They can die of many unnatural causes, such as neurodegenerative diseases, injury, infection, and trauma. Neurons are long-lived cells, but the genetic controls that enable their longevity are unknown.

"Apoptosis is a pathway that controls cell turnover and tissue homeostasis in all metazoans," explained Zheng, an associate professor of biomedical sciencethe senior author. "Most non-neural cells readily engage in apoptosis in response to intrinsic and extrinsic stress. But this cellular suicidal program needs to be reined in for neurons so that they live for many years. We now show how genetic attenuation of neuronal apoptosis takes place."

The team identified the Bak1 microexon through a large-scale analysis of expression data from human tissues, mouse tissues, human developing brains, mouse developing forebrains, and mouse developing midbrains. The team first compared neural tissues with non-neural tissues in both humans and mice to identify neural-specific exons. Then, they found cortical neurons reduce their sensitivity to apoptosis as early as neuron birth. They also found apoptosis is gradually reduced during neuronal development before neurons make connections or innervate other cells, suggesting factors other than extrinsic signals can play a role.

"We show neurons transform how they regulate cell death during development," the author said. "This is to ensure neuronal longevity, which is needed to maintain the integrity of neural circuits for brain functions."

Next, the team will study whether the identified mechanism is activated in neurodegenerative diseases and injury that cause neuronal cell death.