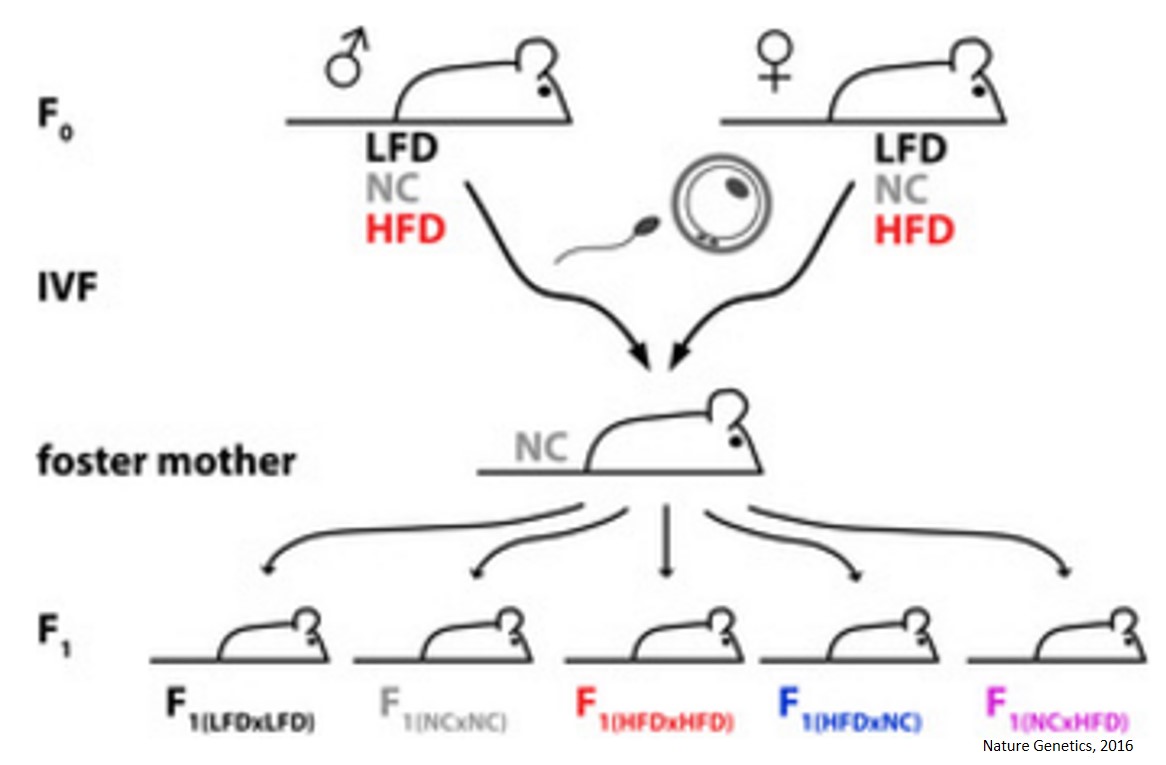 The increase in diabetic patients observed throughout the world can hardly be explained by mutations in the genes themselves (DNA) because the increase has been too fast.

For its studies, the team of the Institute of Experimental Genetics (IEG) used mice that had become obese and had developed type 2 diabetes due to a high-fat diet. Their offspring were obtained solely through in vitro fertilization (IVF) from isolated oocytes and sperm, so that changes in the offspring could only be passed on via these cells. The offspring were carried and born by healthy surrogate mothers. This enabled the researchers to rule out additional factors such as the behavior of the parents and influences of the mother during pregnancy and lactation.

"The results showed that both oocytes and sperm passed on epigenetic information, which particularly in the female offspring led to severe obesity," said the senior author of the study. In the male offspring, by contrast, the blood glucose level was more affected than in the female siblings. The data also show that - like in humans - the maternal contribution to the change in metabolism in the offspring is greater than the paternal contribution.