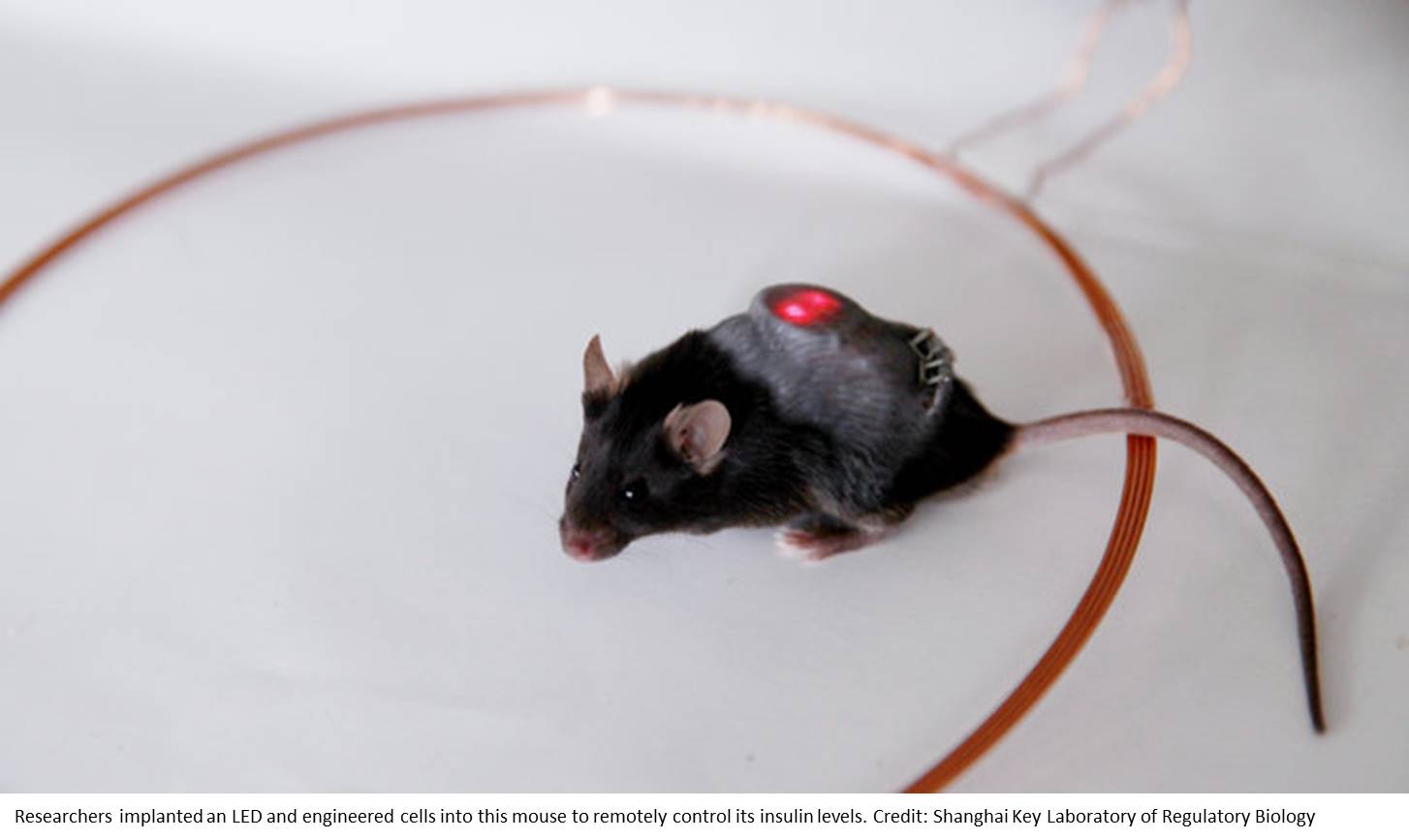 People with diabetes must regularly check their blood sugar levels and manually inject insulin or use other treatments. To automate the process, researchers engineered human cells to express insulin when exposed to far-red light.

The team then implanted hydrogel capsules carrying both engineered cells and wirelessly powered FRL LEDs (light-emitting diodes). In vivo production of a short variant of human glucagon-like peptide 1 (shGLP-1) or mouse insulin by the engineered cells in the hydrogel could be remotely controlled by smartphone programs or a custom-engineered Bluetooth-active glucometer in a semiautomatic, glucose-dependent manner. When the researchers switched on the lights, the cells produced insulin.

The authors adapted this system to regulate insulin in mice in response to blood sugar levels. A glucometer measured glucose in blood taken from the animals and sent a wireless signal to the smartphone. The system rapidly returned insulin to normal levels.

By combining electronic device–generated digital signals with optogenetically engineered cells, this study provides a step toward translating cell-based therapies into the clinic.