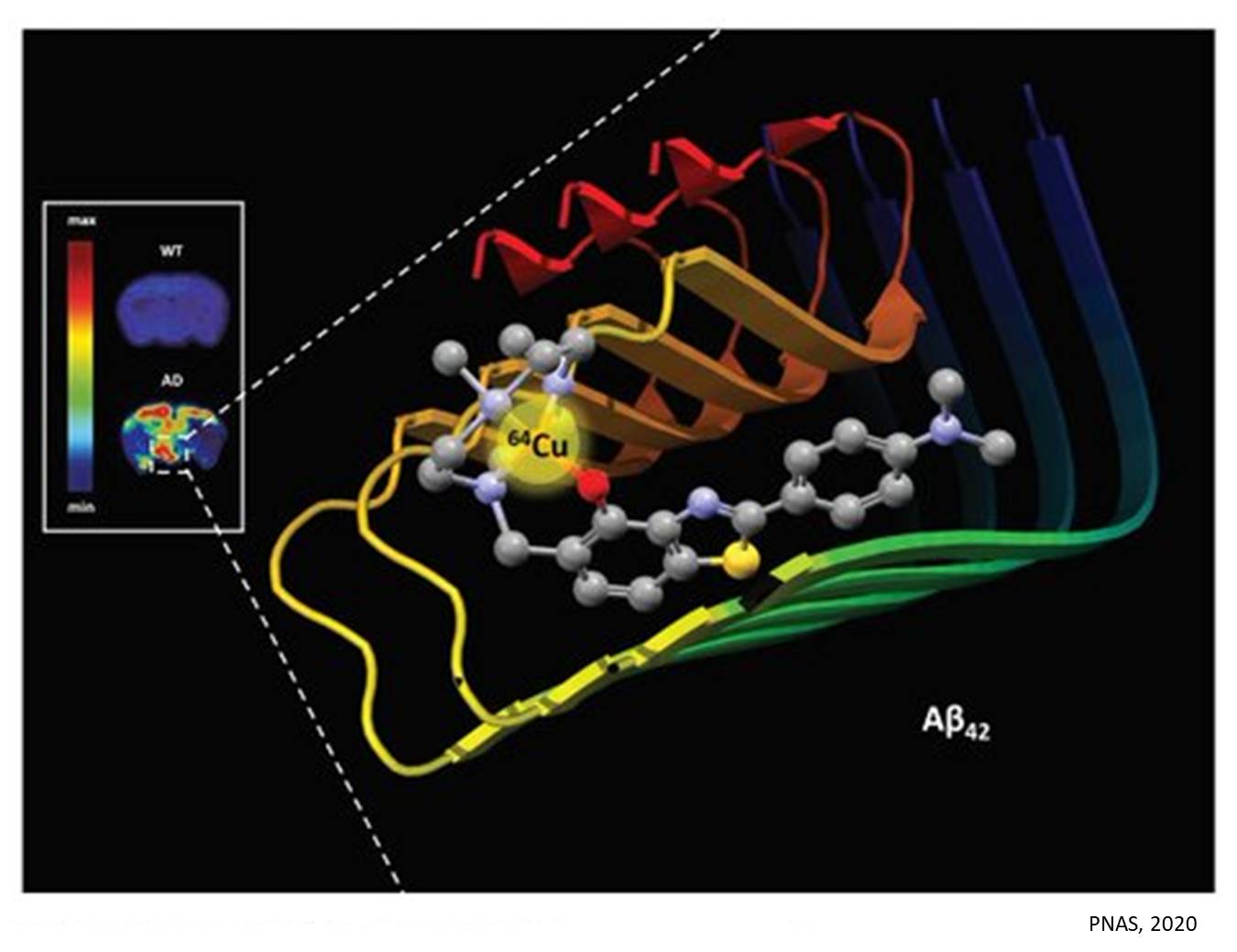 A proof-of-concept study conducted in a mouse model of Alzheimer's disease offers new evidence that copper isotopes can be used to detect the amyloid-beta protein deposits that form in the brains of people living with - or at risk of developing - Alzheimer's.

Several types of isotopes give off positively charged particles called positrons that are detectable by positron emission tomography scanners. The copper isotope used in the study, Cu-64, lasts much longer than the carbon or fluorine isotopes currently approved for use in human subjects, researchers report. Having access to longer-lasting diagnostic agents would make the process of diagnosing Alzheimer's more accessible to people who live far from major medical centers. Any clinic with a PET scanner could have the agents shipped to it in time to use the compounds in brain scans of patients living nearby.

The researchers report their findings in the Proceedings of the National Academy of Sciences.

The effort to develop copper-based compounds to detect Alzheimer's disease in living patients is a complicated affair, said the senior author.

In tests with compounds created in lab, the team discovered that the copper-binding region of the molecule interfered with the amyloid-binding fragment. To overcome this problem, the researchers introduced a tiny chemical spacer between the two components. This improved their molecule's affinity for the amyloid peptides.

To be effective, however, such diagnostic agents also must be able to cross the blood-brain barrier.

"They have to be small enough and greasy enough to make it into the brain," the senior author said. "But they can't be too greasy, because then they might not be bioavailable."

The imaging agent must last long enough for imaging but ultimately decay, leaving no potentially problematic radioactive metals in the body or the brain.

When they first tested their compounds in mouse brain tissue, the researchers saw that their agents' affinity for amyloid deposits was limited. Adding a second amyloid-binding component to the molecule enhanced its binding and improved its ability to pass through the blood-brain barrier.

"If we do live PET imaging of mice with and without Alzheimer's disease pathologies, we see a statistically significant difference in signal intensity," the senior author said.

Identification of an allosteric binding site for nuclear receptors