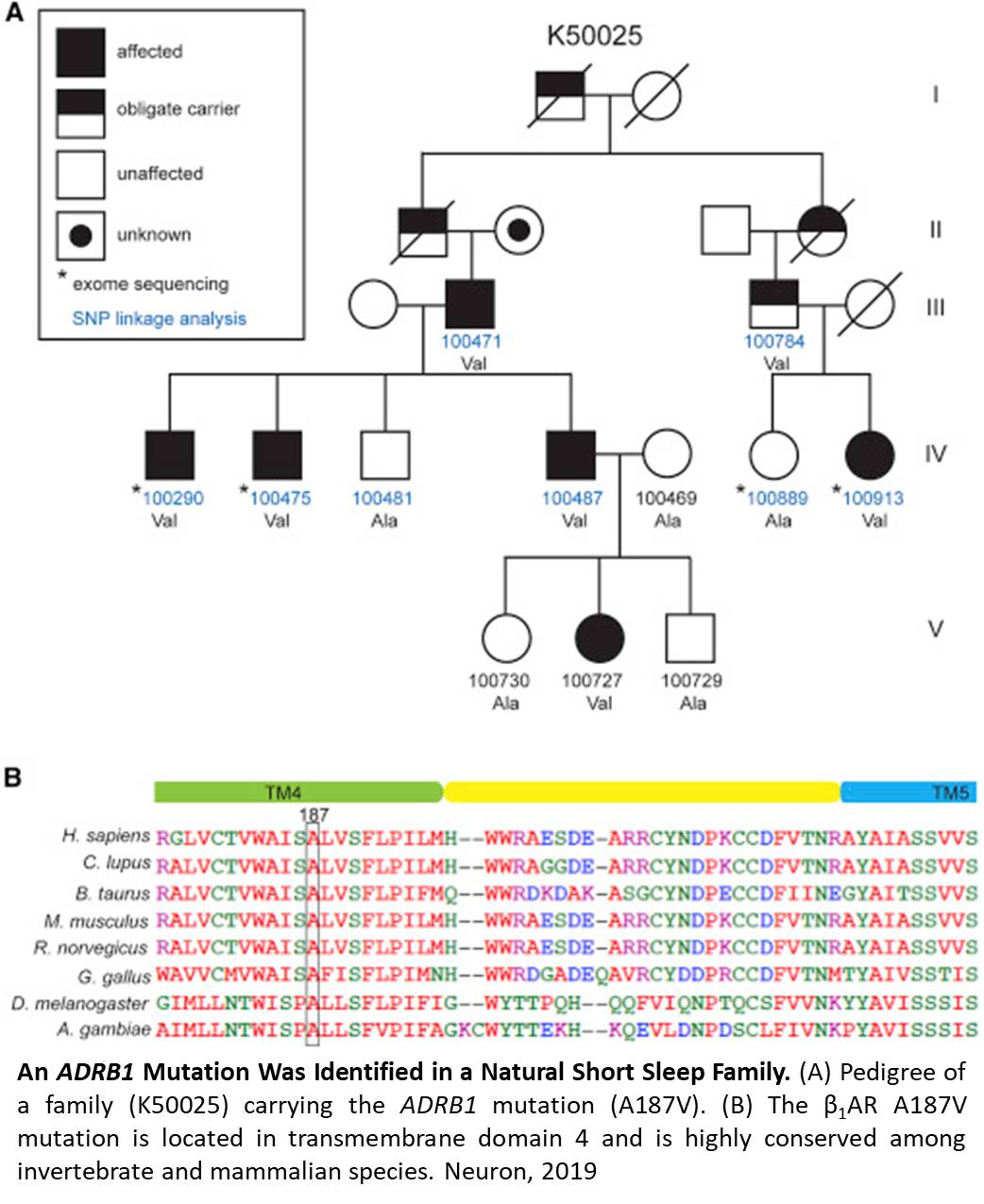 The genetics of circadian rhythms have been well studied in recent years, but much less is known about other types of genes that play a role in sleep, specifically those that regulate how much sleep our bodies require. Now, by studying a family with several members who require significantly less sleep than average, a team of researchers has identified a new gene that they believe has a direct impact on how much someone sleeps. They report their findings in the journal Neuron.

"It's remarkable that we know so little about sleep, given that the average person spends a third of their lives doing it," says one of the paper's two senior authors. "This research is an exciting new frontier that allows us to dissect the complexity of circuits in the brain and the different types of neurons that contribute to sleep and wakefulness."

The family whose DNA led to the identification of this gene is one of several that researchers are studying and includes several members who function normally on only six hours of sleep. The gene, ADRB1, was identified using genetic linkage studies and whole-exome sequencing, which revealed a novel and very rare variant.

The first step in deciphering the role of the gene variant involved studying its protein in the test tube. "We wanted to determine if these mutations caused any functional alterations compared with the wild type," the other senior author says. "We found that this gene codes for ß1-adrenergic receptor, and that the mutant version of the protein is much less stable, altering the receptor's function. This suggested it was likely to have functional consequences in the brain."

The researchers then conducted a number of experiments in mice carrying a mutated version of the gene. They found that these mice slept on average 55 minutes less than regular mice. (Humans with the gene sleep two hours less than average.) Further analysis showed that the gene was expressed at high levels in the dorsal pons, a part of the brain stem involved in subconscious activities such as respiration and eye movement as well as sleep.

Additionally, they discovered that normal ADRB1 neurons in this region were more active not only during wakefulness, but also during REM (rapid eye movement) sleep. However, they were quiet during non-REM sleep. Furthermore, they found that the mutant neurons were more active than normal neurons, likely contributing to the short sleep behavior.

"Another way we confirmed the role of the protein was using optogenetics," the second senior author explains. "When we used light to activate the ADRB1 neurons, the mice immediately woke up from sleep."

The authors acknowledge some limitations of using mice to study sleep. One of these is that mice exhibit different sleep patterns than humans, including, for example, sleeping in a fragmented pattern, rather than in a single continuous period. "But it's challenging to study sleep in humans, too, because sleep is a behavior as well as a function of biology," the author says. "We drink coffee and stay up late and do other things that go against our natural biological tendencies."

The investigators plan to study the function of the ADRB1 protein in other parts of the brain. They also are looking at other families for additional genes that are likely to be important. "Sleep is complicated," the first senior author notes. "We don't think there's one gene or one region of the brain that's telling our bodies to sleep or wake. This is only one of many parts."

The authors add that the work may eventually have applications for developing new types of drugs to control sleep and wakefulness. "Sleep is one of the most important things we do," she says. "Not getting enough sleep is linked to an increase in the incidence of many conditions, including cancer, autoimmune disorders, cardiovascular disease, and Alzheimer's." How blood vessels sense the metabolic state of neuronal cells

How mitochondrial numbers decrease with aging