A gut microbial metabolite implicated in the progression of diabetes 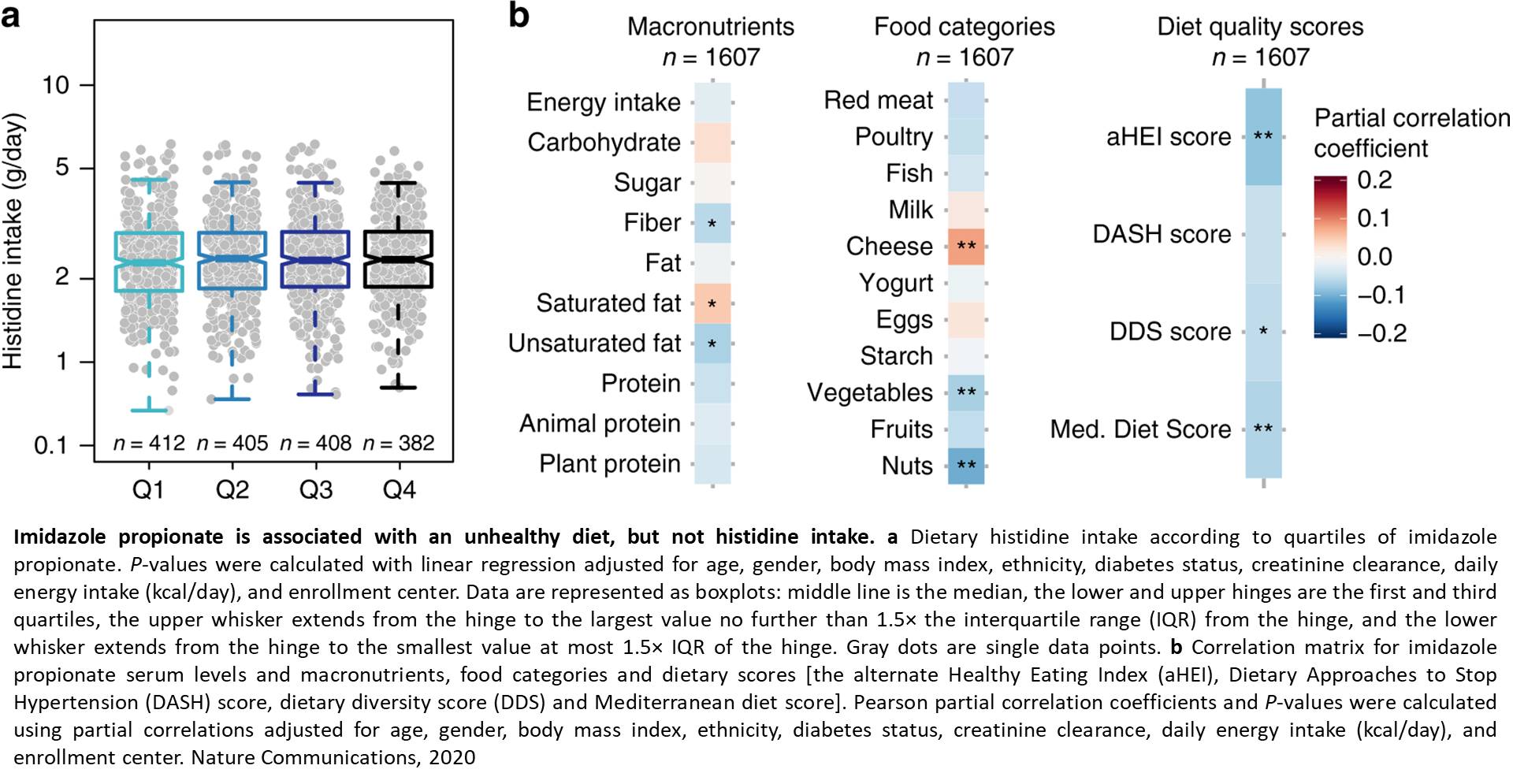 It is the bacterial changes in the gut that increase the levels of imidazole propionate, the molecule that makes the body's cells resistant to insulin in type 2 diabetes.

The gut and its bacteria are considered important in many diseases and several studies have shown that the gut microbiota affects the breakdown of several different parts of our diet. In previous research on gut microbiota and type 2 diabetes, the focus has often been on butyric acid-producing dietary fibers and their possible effects on blood sugar regulation and insulin resistance.

In previous research, the authors demonstrated that diabetes can be linked to a changes in the composition of intestinal bacteria, which increases the production of molecules that may contribute to the disease.

The group has shown that the altered intestinal microbiota leads to altered metabolism of the amino acid histidine, which in turn leads to increased production of imidazole propionate, the molecule that prevents the blood sugar lowering effects of insulin.

An article published in the journal Nature Communications now confirms the initial findings in a large European study with 1,990 subjects, which shows that patients with type 2 diabetes from Denmark, France and Germany also had increased levels of imidazole propionate in their blood.

"Our study clearly shows that imidazole propionate is elevated in type 2 diabetes in other populations as well" says the senior author, and continues:

The altered gut microbiota observed in people with type 2 diabetes has fewer species than normal glucose tolerant individuals, which is also linked to other diseases. The researchers speculate that this leads to an altered metabolism of the amino acid histidine.

"Interestingly enough, our findings suggest that it is the altered intestinal microbiota rather than the histidine intake in the diet that affects the levels of imidazole propionate". The author continuous:

One problem with research on microbiota and various diseases has been limited reproducibility. By studying the products that the bacteria produce, the metabolites, one focuses on the function of the bacteria rather than on the exact species in the intestine.