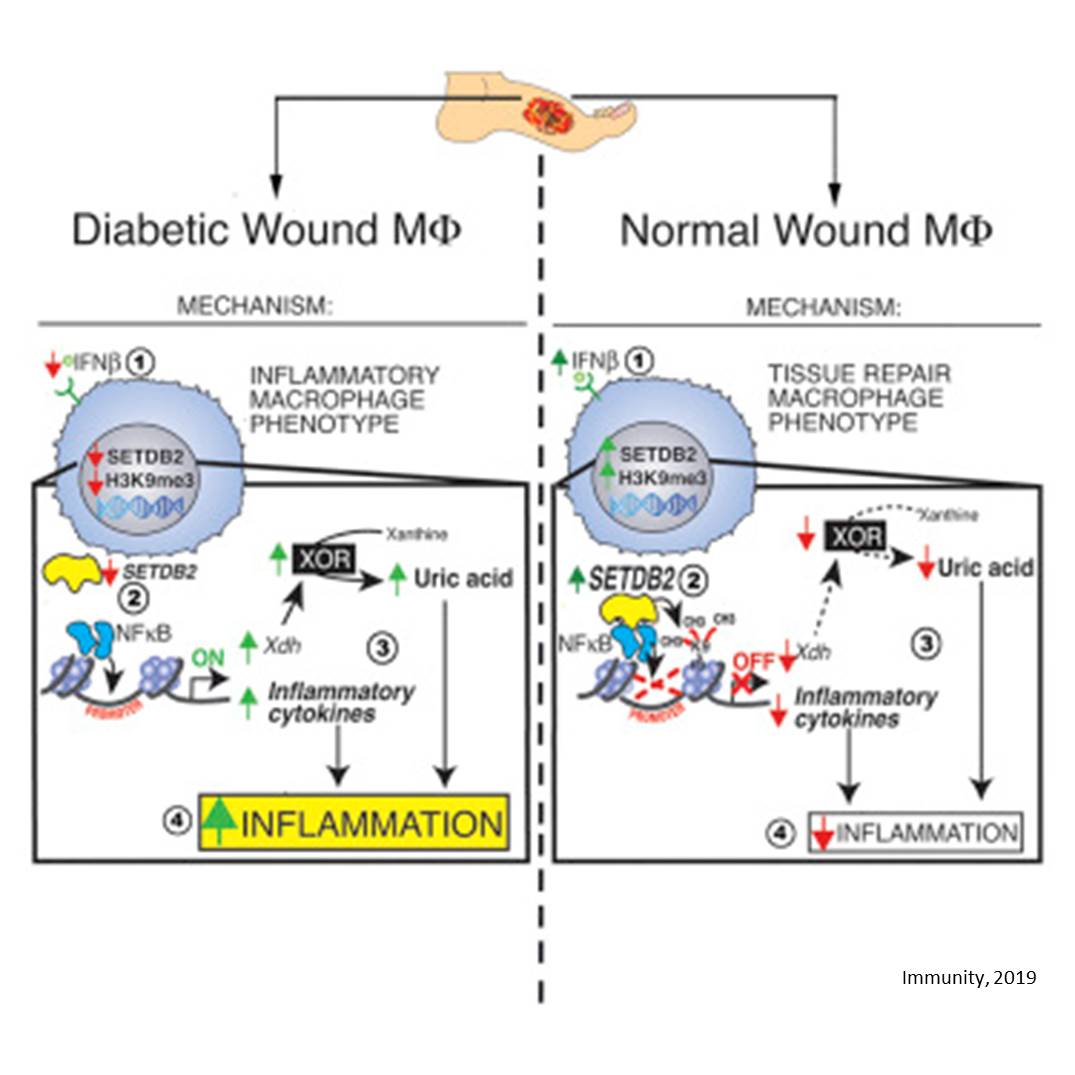 For the average person, getting a cut or scrape on the foot may not be cause for immediate concern. However, for people with type 2 diabetes, these wounds can be life-threatening. According to a 2016 study, one-third of the cost of type 2 diabetes treatment is related to non-healing foot wounds and ulcers, which are the leading cause of amputation in the United States.

In a new paper in the journal Immunity, researchers describe for the first time an enzyme that seems to be critical for normal healing--and, in diabetes, appears to be missing. The discovery also hints at a possible treatment.

It all starts with the immune system and cells called macrophages. During normal healing, an injury triggers the immune system to release monocytes in the blood which travel to the site of damaged tissue and become macrophages. At first, these macrophages create an inflammatory response to engulf and eliminate any bacteria or other pathogens. These same macrophages then change into a non-inflammatory repair mode to generate new tissue and promote healing. With diabetes, this conversion never takes place and inflammation persists.

The team suspected that something environmental triggers epigenetic changes that prevents the macrophages from completing their job. "Type 2 diabetes typically develops over 20 to 30 years, and while genetics certainly play a role, we speculated that behaviors such as smoking or a long-term unhealthy diet were causing permanent epigenetic changes in the cells," the senior author says.

Using mice and human tissues, they discovered for the first time that an epigenetic enzyme called Setdb2 regulates the conversion of macrophages from an inflammatory type to a repair type. In diabetic mice, Setdb2 did not increase at the critical time and their wounds remained inflamed.

To see whether blocking uric acid could help wound healing, the team administered allopurinol, a common drug used to treat gout and kidney stones, locally to wound sites in their diabetic mouse models.

"The drug seemed to improve healing," says the senior author. "Our data looks very promising for using this as a local therapy." Applying allopurinol directly to the wounds could help avoid some of the toxic systemic side effects associated with the drug. The team hopes to eventually bring their findings to clinical trials, look for other inflammatory genes that may be targets, and explore ways of increasing Setdb2 for cell-based therapy.