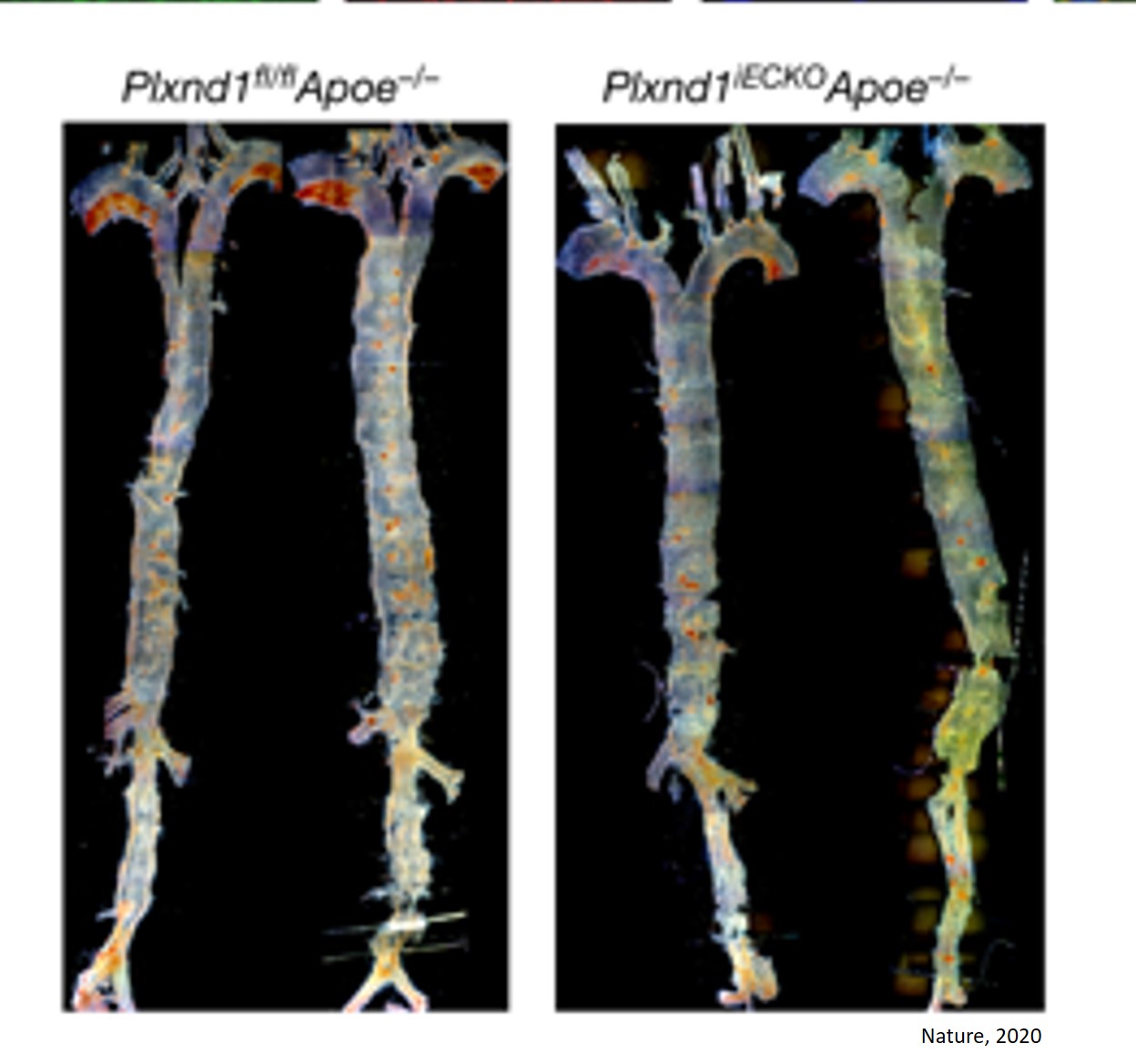 The scientists have discovered the molecular 'first responder' which detects disturbances in the flow of blood through the arteries, and responds by encouraging the formation of plaques which can lead to serious problems, including heart attack, stroke and even death.

The study, published in the journal Nature, found that mice without this molecule in its right shape don't have clogged arteries, even when they eat an unhealthy high fat diet.

Atherosclerosis is a potentially fatal disease where fatty plaques clog up the arteries supplying blood to the heart, brain and other organs. These plaques cause the arteries to narrow and can increase the risk of blood clots that could block blood flow to the heart or brain, making it more likely that patients with atherosclerosis will suffer from heart attacks or strokes.

But scientists have known for over 200 years that the plaques don't form just anywhere in the arteries - they are much more likely to form where the arteries curve or split, causing whorls and eddies in the blood flowing through them.

"The blood flowing through our arteries is like a river," said the senior author of the study. "Straight areas of this blood river are protected from the formation of plaques, but where this river bends is where we get chronic inflammation, eventually leading to formation of potentially life-threatening plaques."

While scientists have previously discovered 'mechanosensor' molecules which can detect disturbed blood flow, researchers did not know the exact molecular details of what sets off the cascade of inflammation that leads to atherosclerotic plaques.

Now a team of researchers have found that a protein called Plexin D1 not only senses disturbances in the smooth flow of blood, but also then sets of a complex chain of events that kick starts inflammation and plaque formation at that site.

PLXND1 is required for the response of endothelial cells to shear stress in vitro and in vivo and regulates the site-specific distribution of atherosclerotic lesions. In endothelial cells, PLXND1 is a direct force sensor and forms a mechanocomplex with neuropilin-1 and VEGFR2 that is necessary and sufficient for conferring mechanosensitivity upstream of the junctional complex and integrins.

PLXND1 achieves its binary functions as either a ligand or a force receptor by adopting two distinct molecular conformations. The senior author said: "We used very tiny magnetic 'tweezers' to pull on the Plexin D1 protein, and we found that it respo

What's more, genetically engineered cells that only have ring-shaped Plexin D1 did not respond to disturbed flow and did not activate the pathways that eventually lead to plaques. "We're now screening drug libraries to try a drug that blocks only the chair-shaped Plexin D1, so that we can block plaques before they even start," said the author.