A new biomarker for vascular dementias 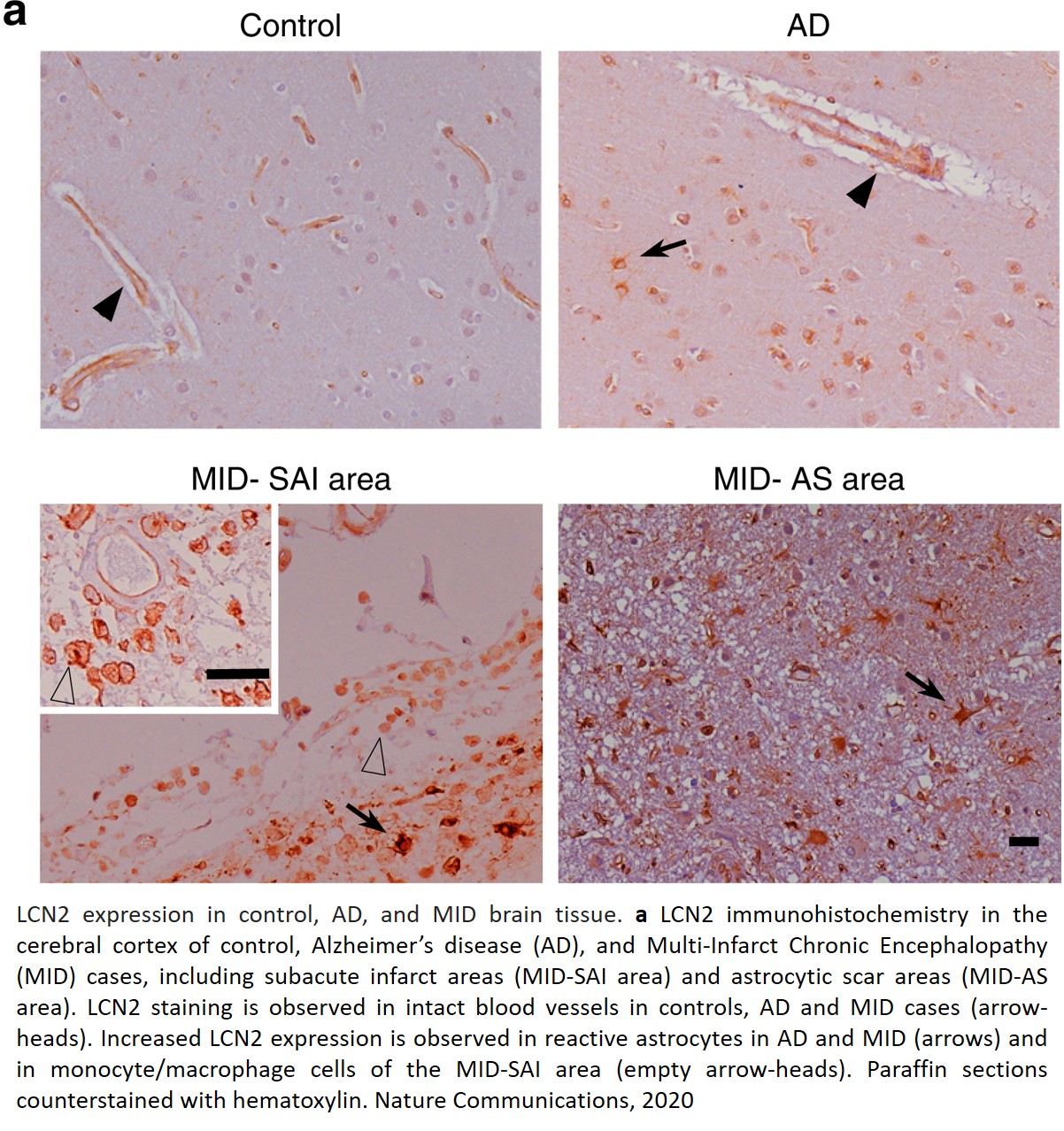 Vascular dementia is caused by a defect on blood flow arrival to the brain, which consequently generates neuronal damage. Since now, its diagnosis has been quite complicated because only neuroimaging methods, such as a scanner, and the appearance of symptoms were available. The lack of more precise and specific methods creates confusion with other neurodegenerative diseases, like Alzheimer's. A study has described a new biomarker for this disease, lipocalin 2 protein. This protein is present in the cerebrospinal fluid that bathes the brain.

Patient samples from four independent groups have unequivocally demonstrated that the cerebrospinal fluid of people affected by vascular dementia has higher levels of lipocalin 2. Patients from four European centers have participated in this multicenter study. The result reproducibility in four sample groups converts lipocalin 2 to a firm candidate for vascular dementias diagnosis.

In contrast to diagnosis methods available until now, lipocalin 2 could discriminate vascular dementia from Alzheimer's, since the second does not show lipocalin 2 increase. The study shows that only patients with vascular dementia, but not those with cerebral vascular damage without dementia, exhibit this increase. The high diagnostic specificity of this protein further highlights its potential as a biomarker.

To determine the role of lipocalin 2 in the brain of patients with vascular dementia, brain tissue samples were studied. These studies showed that glial cells are expressing lipocalin 2, and its expression pattern is different in vascular dementia or Alzheimer's.

The neuropathology disclosed a high percentage of macrophages linked to subacute infarcts, reactive astrocytes, and damaged blood vessels in multi-infarct dementia when compared to AD.