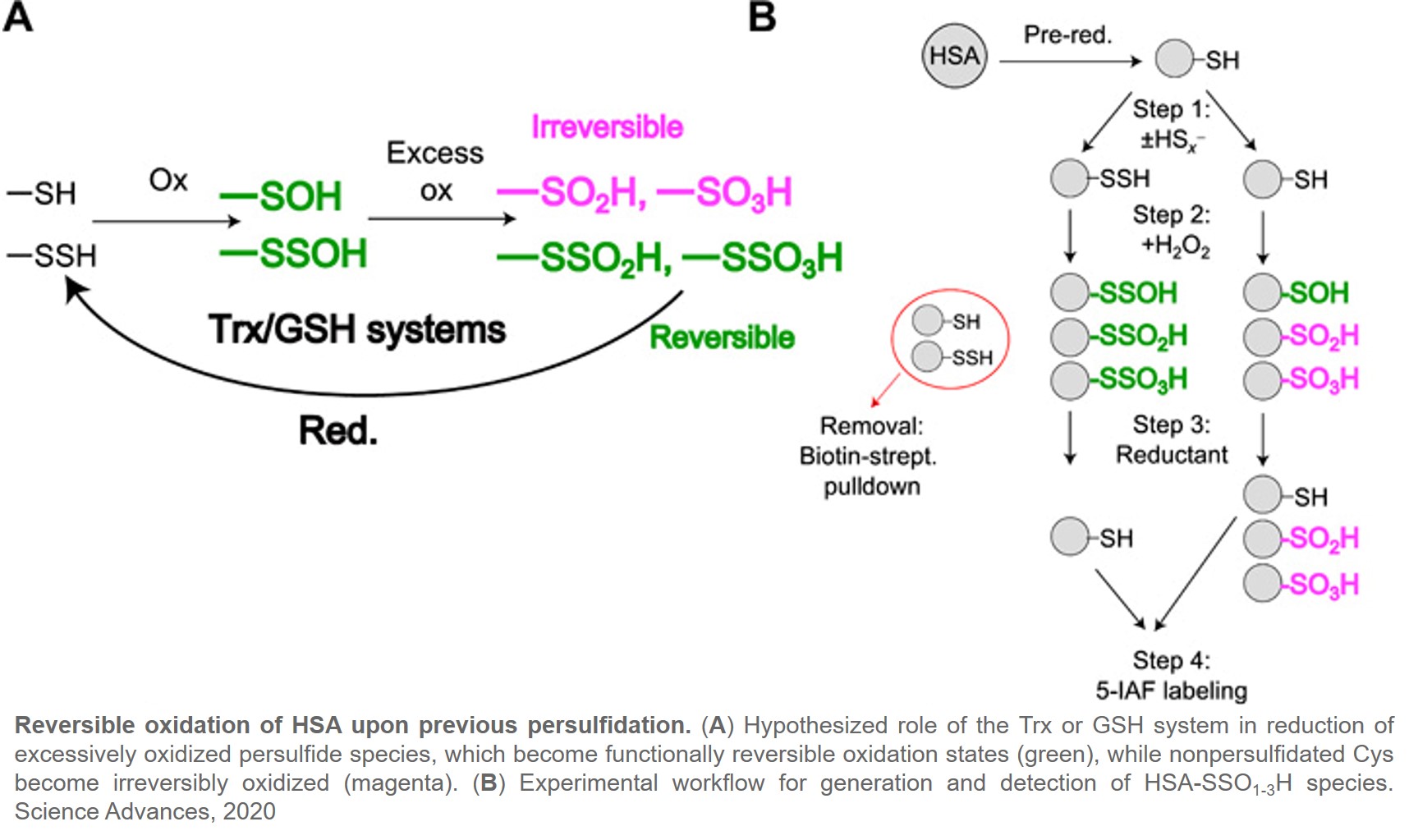 A previously unknown tool has been identified that cells can use to protect their proteins from being irreversibly damaged by cellular processes called redox reactions, which are common and necessary but which, in excess, can cause extensive damage.

"Redox reactions are any reaction where you're moving electrons from one molecule to another," said the senior author. "Almost everything that goes on in our cells, chemically and energetically, involves the transfer of electrons. But it's critical that these be kept in balance. Our cells invest an enormous amount of effort and machinery into maintaining the right redox balance."

The discovery made by the team focuses on sulfur atoms as part of protein molecules inside cells. When cells are exposed to external stressors -- from things humans eat, chemicals the cells are exposed to or any number of other sources -- that oxidative stress can damage parts of the proteins. It was previously thought that cells had no way to reverse that oxidation, instead relying upon making new proteins to replace the damaged ones. However, it appears that our cells are sometimes able to protect themselves by adding an extra sulfur atom onto existing sulfurs in certain protein molecules. Then when the cell is exposed to stress, only that extra sulfur is damaged and can then be cleaved off by the cell, leaving behind a whole and undamaged protein.

"We suspect that once exposure begins, it's too late for the cell to do this," said the author. "We think that cells have a subset of proteins already in this state with extra sulfur atoms, which makes them probably inactive, but kind of on reserve. These proteins on reserve get damaged but can be repaired and allow the cell to begin recovery to make new proteins."

Extreme oxidative damage can cause DNA mutations, said the author. When those mutations accumulate, there is some evidence that points to an increased risk for cancers, inflammatory diseases and illnesses such as Parkinson's disease, Alzheimer's disease and diabetes. This new discovery may help lead to future strides in medicine by helping to predict or even mitigate those health problems, if human cells can utilize this mechanism more efficiently, the author said, adding that there are even potential applications for medical procedures such as organ transplants.

"During transplants, the organ goes through a period where it doesn't have any oxygen or blood flow, but once it is transplanted, it gets a rush of oxygenated blood that causes a burst of oxidative stress," said the author. "Now that we're starting to understand these mechanisms, maybe we can do something more sophisticated to allow the cells in a transplanted organ to prepare and protect themselves."

Next steps in this research, Schmidt said, include investigating exactly how cells manage to add those extra sulfur molecules and how that process is regulated.

"It's possible that by understanding this system more, we could make progress," said the author. "Understanding some of these mechanisms allows us to come up with new ideas."