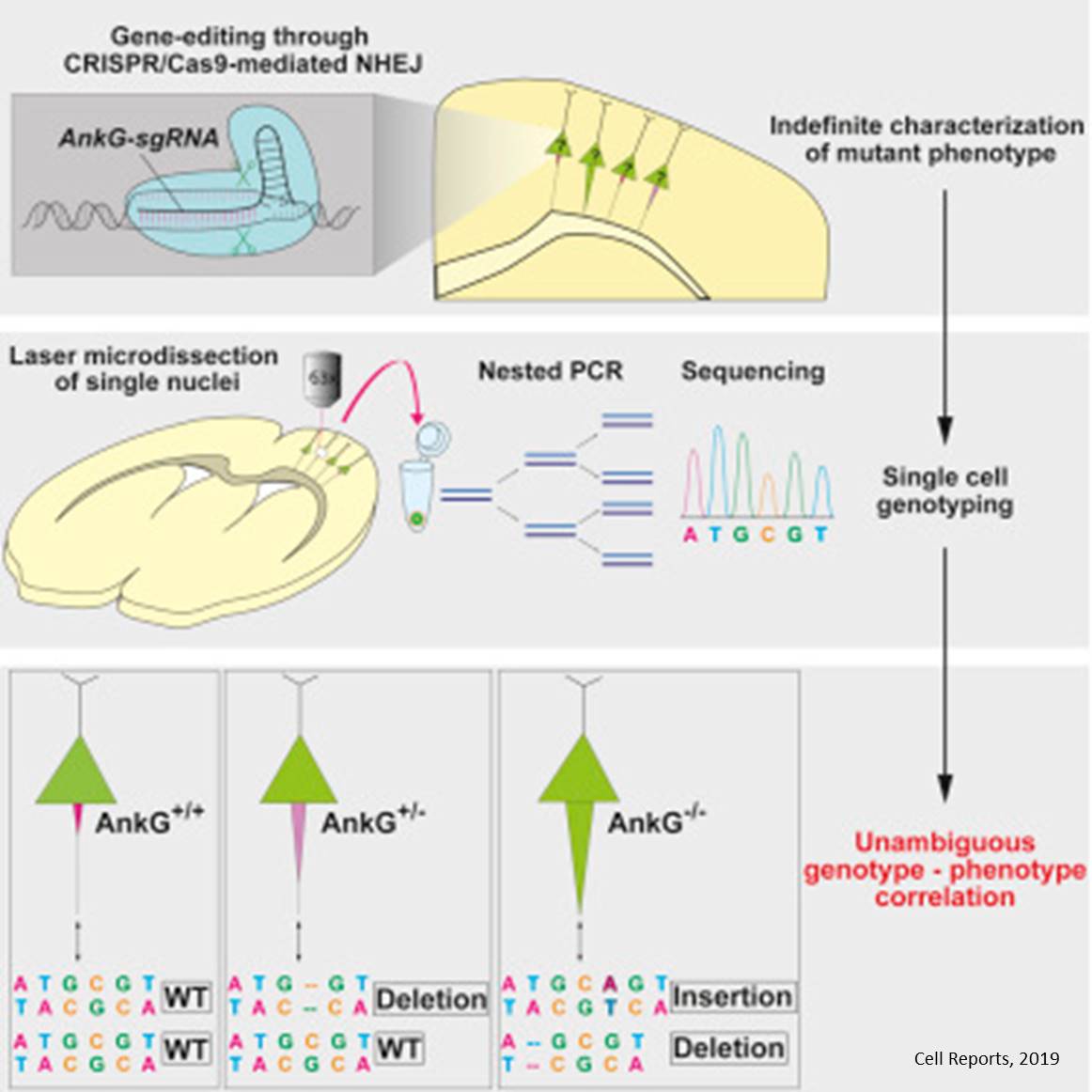 For years researchers have been searching for ways to mimic these capabilities accurately and efficiently alter genetic information. With a single discovery, called CRISPR-Cas9, scientists were forever upgraded from DNA typewriters to a DNA word-processor; editing genes with the same ease, precision and versatility. The technology has gained immense traction and popularity due to its flexibility and customizable nature.

Though powerful, CRISPR is far from a perfect technique and like any other, has its drawbacks and limitations. One of its primary uses involves precisely targeting and mutating a gene of interest so that it no longer functions within a specific type of cell. When a gene is rendered nonfunctional, any characteristic changes to the cell (known as phenotypes) can be studied in order to get a better picture of what that particular gene does. But the way CRISPR mutates individual genes can pose a challenge to researchers.

When placed in a cell, the CRISPR-Cas9 system precisely mutates a targeted gene by cutting the cell's DNA. The cell then repairs its broken DNA predominantly through a process called nonhomologous end-joining (NHEJ). But this repair process is error prone and can cause variability in the repaired DNA; often leading to substitutions, deletions or additions to the genetic code. Adding to the challenge is that the efficiency of CRISPR can vary, acting to render both copies of a targeted gene nonfunctional or sometimes only one. These unknown CRISPR caused DNA changes can make it extremely difficult for scientists to interpret the underlying genetic cause of an observed phenotype; making the tool far less useful.

In a recent publication in Cell Reports, the researchers have developed a new methodology that allows the linking of phenotype to genotype. Innovatively combining the cutting-edge technique of laser microdissection with single cell genotyping, the lab has designed an experimental pipeline capable of studying CRISPR mediated effects in cells while accurately ascertaining the exact DNA changes that caused them. This novel protocol will open up new avenues of study for neurobiology and further upgrade the already powerful abilities of CRISPR.

To validate their strategy, the team designed CRISPR technology to target a gene in pyramidal neurons encoding a critical structural protein, called Ankyrin-G (AnkG). Normally, the AnkG protein is confined to a specialized region of the neuron known as the axon initial segment (AIS), which is responsible for generating action potentials.

When AnkG is removed, the AIS undergoes a noticeable thickening that can be detected using microscopy. With this characteristic feature, neurons that lack AnkG could be readily distinguished and their exact genotype could then be confirmed. They found that predominately, neurons transfected with their CRISPR probe exhibited a loss of AnkG as well as substantially thickened AIS.

But a small portion of neurons transfected with CRISPR still exhibited AnkG levels and AIS thickness comparable with wildtype neurons; demonstrating the varying effects of CRISPR on different cells. To probe and confirm the underlying genetic causes, the team then used laser microdissection to isolate and extract individual neurons whose phenotype had already been characterized.

Once extracted, the team sequenced each individual cell separately to determine the genotype. They found that their strategy could reliably and reproducibly link observed phenotype to genotype, where neurons lacking AnkG with thickened axons showed loss-of-function mutations in both copies of the gene whereas neurons with normal levels of AnkG either showed mutations in only one copy (neurons transfected with CRISPR) or normal genotypes (control neurons). The team then confirmed their strategy using two additional genes, MeCP2 and Satb2, finding that their process could once again effectively correlate observed feature to underlying genetics.

"The perfect matching between genotypes determined by our single cell sequencing and those deduced from phenotype evaluation, suggests that our approach is a powerful new method capable of enhancing the reliability and expanding the applications of CRISPR-based techniques," notes the author.

First study of multicancer blood test to screen for cancer