A new role for dopamine in gene transcription and cell proliferation 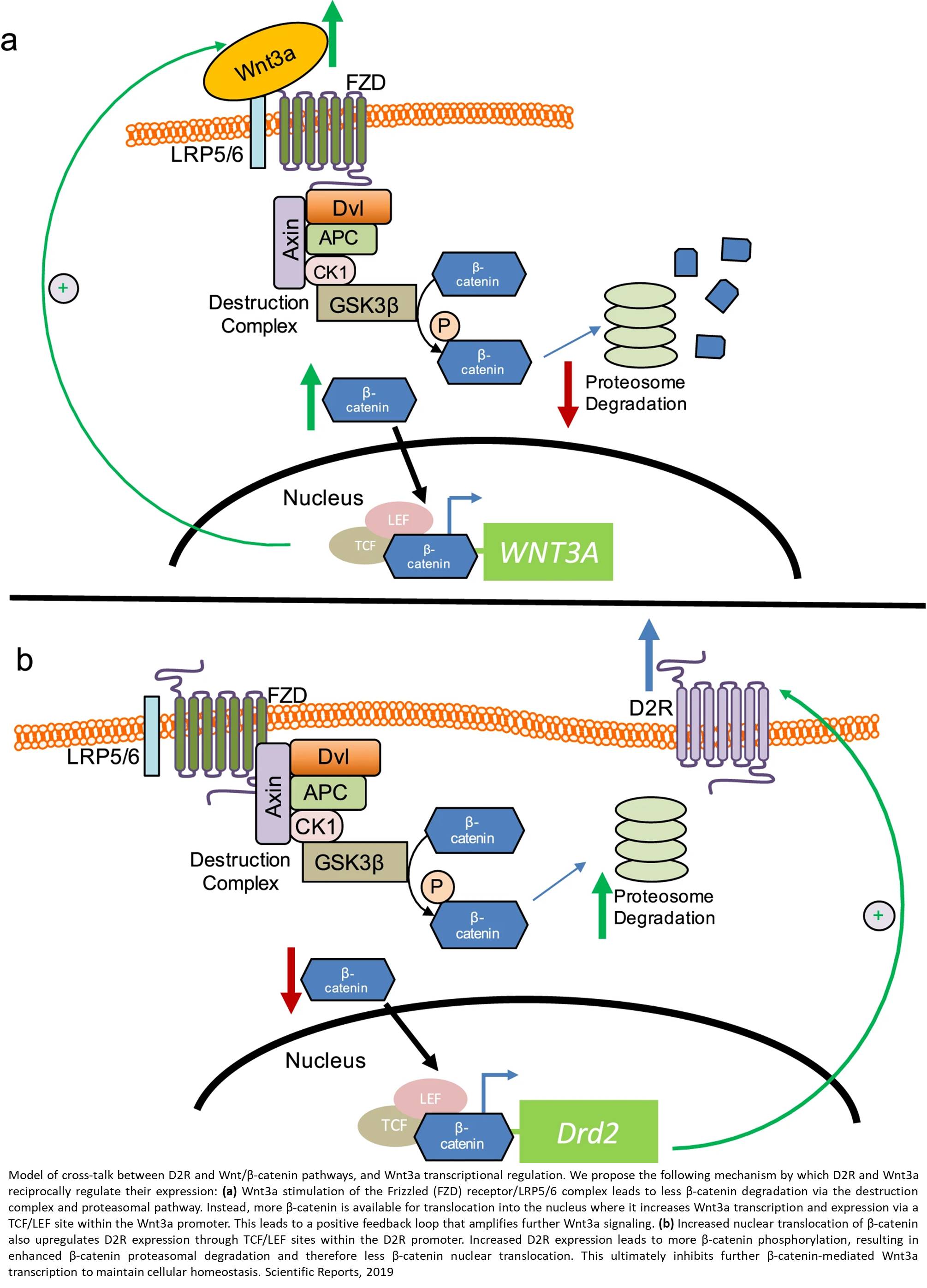 The dopamine D2 receptor has a previously unobserved role in modulating Wnt expression and control of cell proliferation, according to a new study. The research, published in Scientific Reports, could have implications for the development of new therapeutics across multiple disciplines including nephrology, endocrinology, and psychiatry.

Dopamine is traditionally studied in the central nervous system, however, it is increasingly implicated in regulating functions of various other organs. This new study identifies a new role for dopamine signaling via the D2 receptor outside the brain - in controlling signaling through the Wnt/β-catenin pathway, in part, through its effects on expression of Wnt3a, a key Wnt receptor ligand.

Both dopamine and the Wnt/β-catenin signaling pathways are ubiquitous across organ systems and species. Wnt signaling is essential for development and cell proliferation, and is associated with a number of diseases from cancer to schizophrenia. However, little is known about the underlying mechanism regulating expression of Wnt3a, or the modulation of its activity.

"In our research, we found that the dopamine D2 receptor is a transcriptional regulator of Wnt signaling and this ability to modulate Wnt signaling is important for better understanding development of hypertension," said the first author on the study.

The research team focused the study on signaling in the kidneys and in the pancreas. More broadly, the study shows that dopamine receptors can act as regulators of gene transcription and that this signaling is important in controlling cell proliferation under healthy and disease conditions.

These results were unexpected, surprising the investigators by how well conserved this dopamine regulation was across species and organs. This work also showed for the first time that lithium, one of the most commonly used psychiatric medications today, strongly increases the expression of D2 receptors, providing a new mechanism of action for this drug.

"Our work opens the door to a new way of thinking about dopamine signaling and its regulation," said the senior author on the study. "By providing a new mechanism for the actions of lithium, we can better understand how this medication works and make better medications in the future to treat bipolar disorder and to improve the lives of the millions of people living with this illness."

"Our findings have broad implications in terms of how we think about dopamine receptor signaling, especially given that the receptors are targets for diabetes and potentially for hypertension and renal injury," explained the other senior author on the study. "Expanding our understanding of this unique signaling specific to individual patients offers the promise of more effective precision medicine." Bravery cells found in the hippocampus