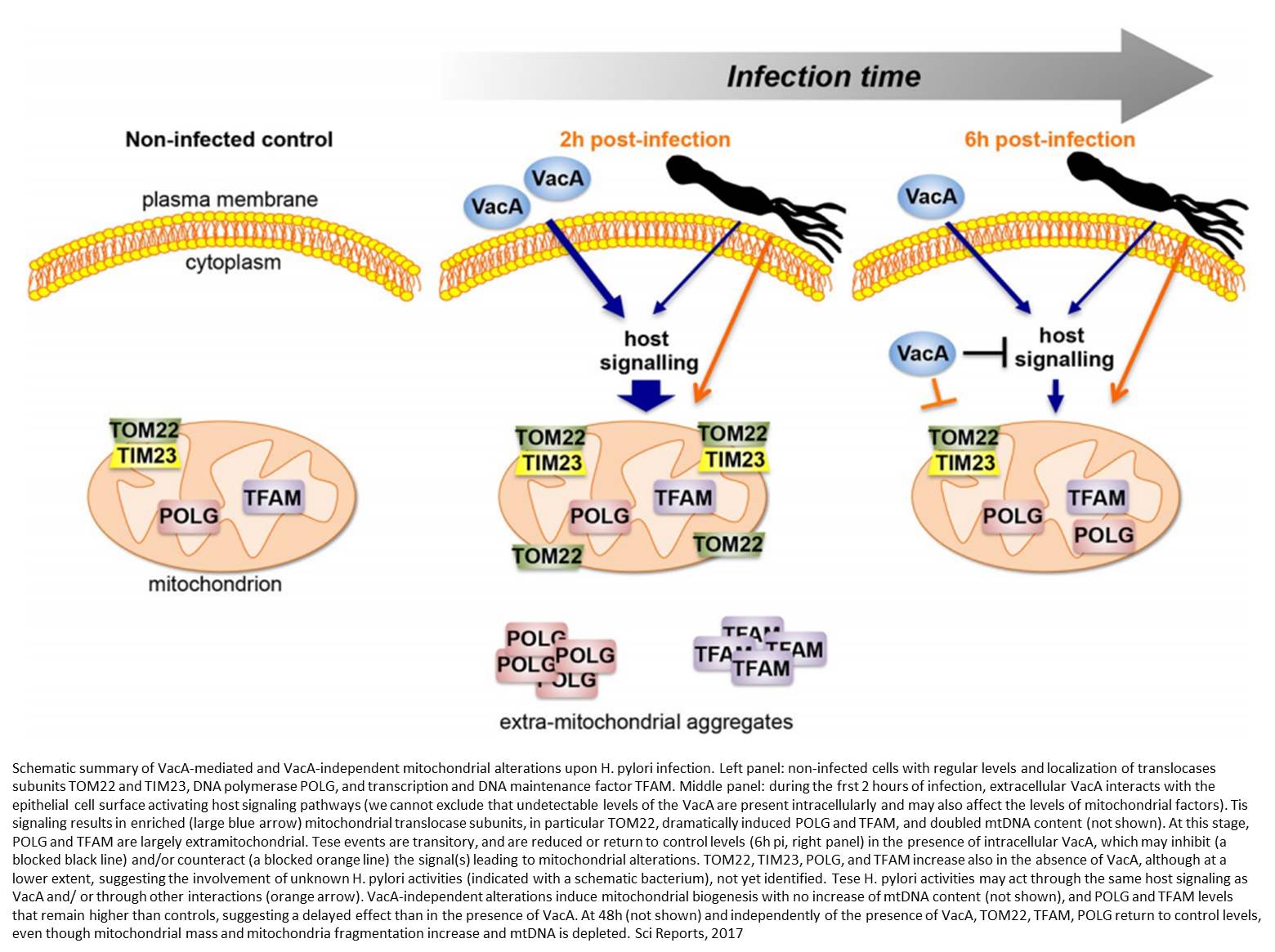 Gastric cancer, the third most common cause of cancer-related death, is often associated with a poor prognosis because it tends to be diagnosed at an advanced stage. It is responsible for about 800,000 deaths each year worldwide.

Helicobacter pylori is a bacterial pathogen that colonizes the stomach of approximately half of the world's population. Infection with H. pylori is acquired in childhood and lasts for decades. H. pylori is the main risk factor for gastric cancer and is linked to more than 80% of cases.

H. pylori has several virulence factors that interact with specific targets in the cell and directly affect the severity of gastric disease. Vacuolating cytotoxin A (VacA) was previously the only main H. pylori factor known to act on mitochondria*, causing cellular membrane and organelle dysfunction and leading to cell death.

Scientists have discovered that H. pylori uses at least two additional strategies to target mitochondria. These strategies do not lead to cell death but maintain an environment that is conducive to bacterial proliferation.

Their results show that H. pylori affects both mitochondrial transport systems (used to transfer proteins into mitochondria) and the machinery for the replication and maintenance of the mitochondrial genome. The scientists also discovered that, contrary to what was previously believed, VacA is not the only H. pylori component capable of affecting mitochondria. This suggests that the bacteria may produce other mitochondria-interacting factors that have not been yet identified.

The senior author of the paper explains, "the damage to mitochondria caused by H. pylori bacteria is temporary and disappears once the infection has been eliminated. Despite remarkably high levels of stress, mitochondria, like cells, can remain functional and withstand infection for longer than previously thought. It is important for us to bear this in mind when looking for strategies to inhibit the bacterium's pathogenic potential."

The author adds: "We have observed in a mouse model that this type of damage is associated with a worsening of gastric lesions. The damage may therefore affect the chronicity and severity of infection by H. pylori. Understanding these new interactions between pathogen and host cells (via mitochondria) is vital for the development of effective strategies to combat H. pylori infection. The aim is to reduce the persistence of the bacteria in the stomach and curb associated conditions, especially cancer."

Immune response to flu causes death in older people, not the virus