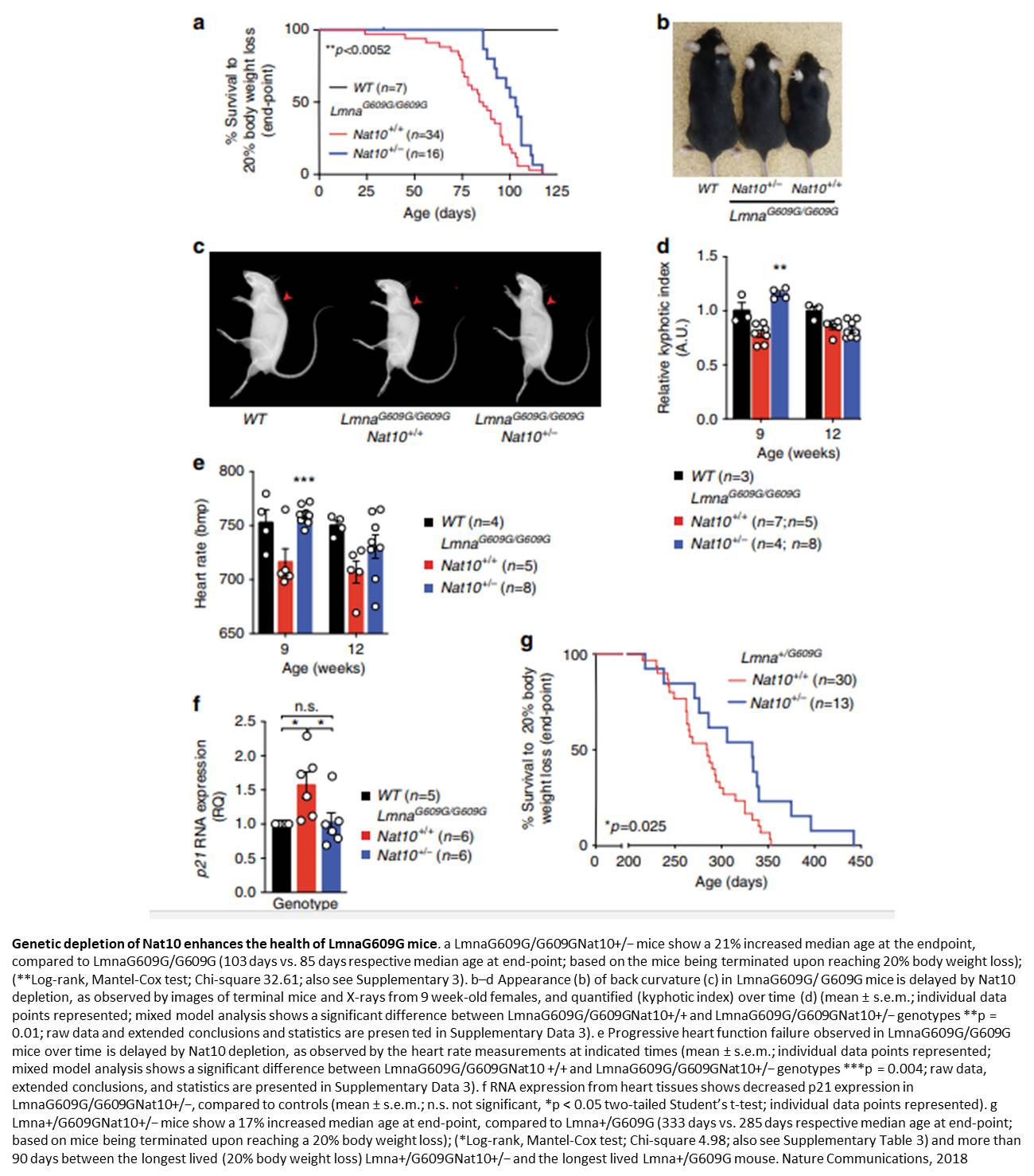 The disease arises from specific mutations in the gene for the protein Lamin A, which lead to production of a shorter, dysfunctional protein that accumulates in cells, specifically in the membranes surrounding the nucleus. This causes disorganization of chromatin (the 'packaging' around DNA), deregulated transcription, accumulation of DNA damage and defective cell proliferation.

In a paper published in Nature Communications, scientists provide preclinical data showing that chemical inhibition or genetic deregulation of the enzyme N-acetyltransferase 10 (NAT10) leads to significant health and lifespan gains in a mouse model of HGPS.

By screening candidate molecules for an effect on nuclear membranes in human HGPS patient-derived cells in vitro, the authors have previously identified a small molecule called remodelin as an effective ameliorative agent. They then identified which component of the cells was being affected by remodelin: an enzyme with a variety of cell functions, called NAT10.

Their aim in the new study was to take these findings into a mouse model with the same genetic defect as HGPS patients, to see whether inhibiting NAT10 - either chemically by administration of remodelin or genetically by engineering reduced production of NAT10 - could ameliorate the disease. The results show that these approaches indeed significantly improved the health of the diseased mice, increased their lifespan, and reduced the effects of the HGPS mutation across a variety of measures in body tissues and at the cellular level.

Senior author commented: "We're very excited by the possibility that drugs targeting NAT10 may, in future, be tested on people suffering from HGPS. I like to describe this approach as a 're-balancing towards the healthy state'.

"We first studied the cell biology to understand how the disease affects cells, and then used those findings to identify ways to re-balance the defect at the whole-organism level. Our findings in mice suggest a therapeutic approach to HGPS and other premature ageing diseases."