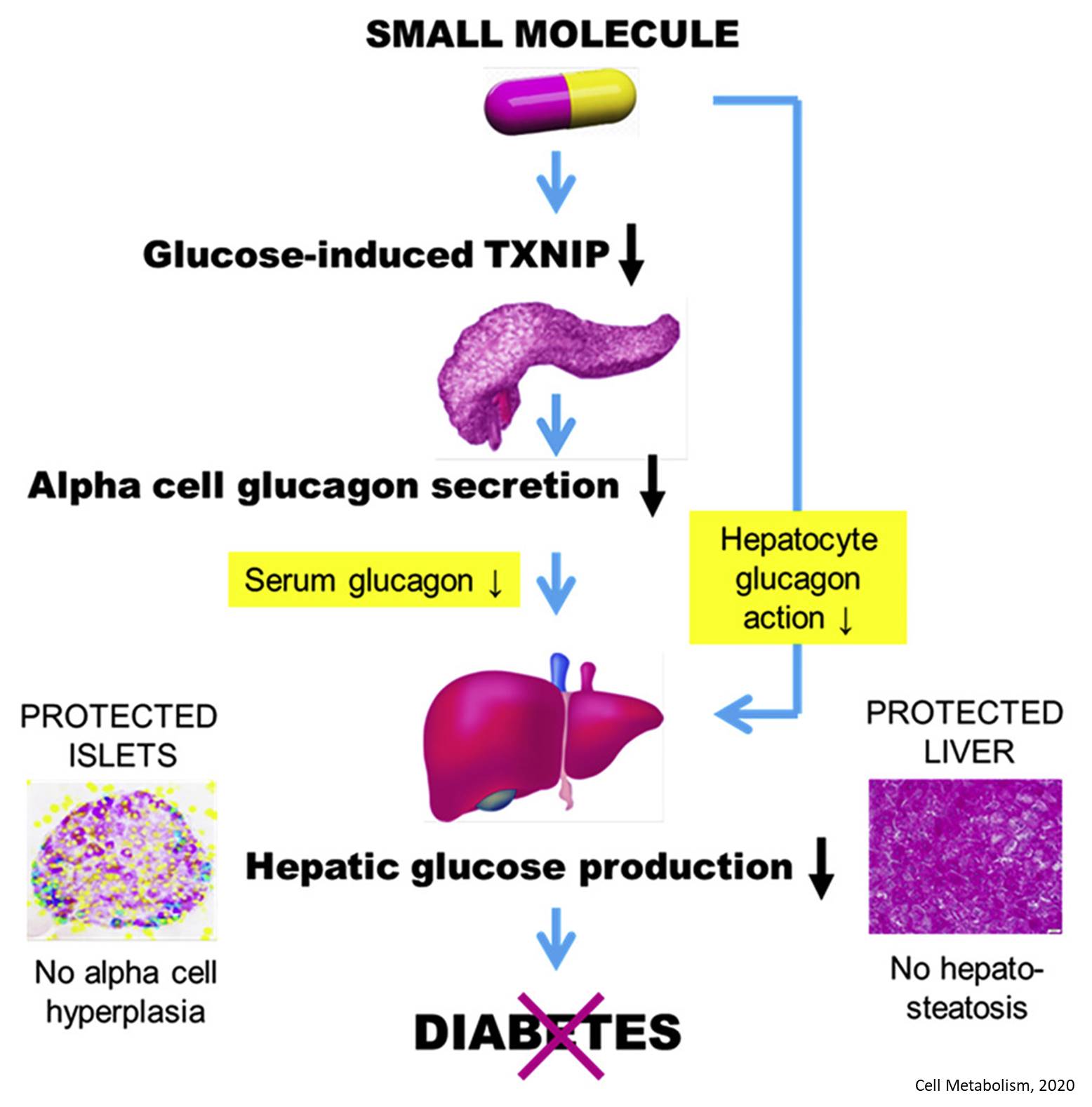 The researchers have discovered a new drug candidate that offers a major advance in the treatment for diabetes.Tested on isolated human and mouse pancreatic islets, mouse and rat cell cultures and animal models of both Type 1 and Type 2 diabetes, the experimental drug significantly improved four detrimental characteristics of diabetes: hyperglycemia, known as high blood sugar; hyperglucagonemia, elevation in the hormone glucagon that counteracts the effects of insulin, promotes glucose production and increases blood glucose; excessive production of glucose by the liver; and fatty liver, known as hepatic steatosis.

The drug candidate SRI-37330 is a non-toxic small molecule that effectively rescued mice from streptozotocin- and obesity-induced diabetes and improved glucose homeostasis.

A study published in the journal Cell Metabolism describes the strong anti-diabetic properties of this newly designed chemical compound. The senior researcher said that "compared to currently available diabetes therapies, the compound may provide a distinct, effective and highly beneficial approach to treat diabetes."

"While the safety and efficacy of SRI-37330 in humans still remains to be determined," the author said, "it is highly effective in human islets, is orally bioavailable and is well tolerated in mice."

SRI-37330 was discovered through two decades of research, followed by high-throughput screening of 300,000 compounds and extensive medicinal chemistry optimization..

SRI-37330 appears to act beneficially on pancreatic islets that produce the two hormones, and also at the liver.

The path to discovery of SRI-37330 began 18 years ago when the authors identified the protein TXNIP -- pronounced "tix-nip" -- as the top glucose-induced gene in human islets, which are the cell groups in the pancreas that produce insulin and glucagon. This was followed by their work showing that TXNIP negatively affected islet function and survival, suggesting that TXNIP might play an important detrimental role in diabetes.

In previous research, the authors also showed that TXNIP was increased in different mouse models of diabetes and in diabetic human islets, and that deletion of the TXNIP gene protected mice from diabetes and had beneficial effects on pancreatic islet biology. Altogether, these data suggested that a search for a TXNIP inhibitor could provide a novel approach to diabetes treatment.

Some of the details of the current study -- which covers 10 years of work -- involve the inhibitory effect of SRI-37330 on the TXNIP gene. SRI-37330 inhibited activity of the TXNIP promoter by 70 percent, and it showed a dose-dependent inhibition of TXNIP mRNA and protein.

RNA sequencing of isolated human pancreatic islets treated with SRI-37330 showed that TXNIP signaling was inhibited as demonstrated by a number of upregulated and downregulated genes. It further showed that SRI-37330 specifically inhibited TXNIP, but not other members of the arrestin family or general transcription.

Importantly, the lab previously showed that non-specific inhibition of TXNIP signaling by the calcium channel blocker verapamil has beneficial effects in human subjects with recent onset Type 1 diabetes, suggesting that this approach might be translatable.

Of note, SRI-37330 is effective in reducing TXNIP in the nanomolar range, has an oral bioavailability of 95 percent, shows no cytotoxicity in vitro and no toxicity in mice, even at doses about 10-fold above its therapeutic dose, and has already tested negative in Ames mutagenicity assays, CYP450 inhibition, hERG inhibition and Eurofins SafetyScreen for off-target liabilities, including no inhibition of calcium channels.

Strikingly, addition of SRI-37330 to the drinking water of obese diabetic db/db mice, a model of severe Type 2 diabetes, led within days to normalization of their blood glucose. Similarly, SRI-37330 also protected mice from streptozotocin-induced diabetes, a model of Type 1 diabetes. Of note, SRI-37330 achieved even better blood glucose control than two of the leading oral anti-diabetic drugs, metformin and empagliflozin.

"Together with the fact that SRI-37330 was also effective after the onset of overt diabetes, as well as when just dosed twice a day by oral gavage, is particularly promising and raises the possibility that SRI-37330 may ultimately lead to a much-needed oral drug that could also be used for Type 1 diabetes," the author said.

Surprisingly, SRI-37330 decreased blood glucose levels primarily via lowering of serum glucagon levels and inhibition of basal glucose production from the liver. This mode of action is very different from that of currently used anti-diabetic drugs.

Despite SRI-37330's reduction of glucagon release from pancreatic islets and reduction of glucose production by the liver, the inhibitor did not cause any low blood glucose events or create a hypoglycemic liability in mice, even in the context of insulin-induced hypoglycemia.

In another surprising result -- and in contrast to previous attempts to inhibit glucagon function for the treatment of diabetes -- the inhibitor dramatically improved the severe fatty liver observed in obese diabetic db/db mice. "This now raises the intriguing possibility," the author said, "that SRI-37330 might also be beneficial in the context of non-alcoholic fatty liver disease, a complication frequently associated with diabetes and/or obesity.

"In summary," the author said, "our studies have identified a novel substituted quinazoline sulfonamide, SRI-37330, that is orally bioavailable, has a favorable safety profile and inhibits TXNIP expression and signaling in mouse and human islets, inhibits glucagon secretion and function, lowers hepatic glucose production and hepatic steatosis, and exhibits strong anti-diabetic effects in mouse models of Type 1 and Type 2 diabetes."