A protein involved in the development of myelin sheath identified! 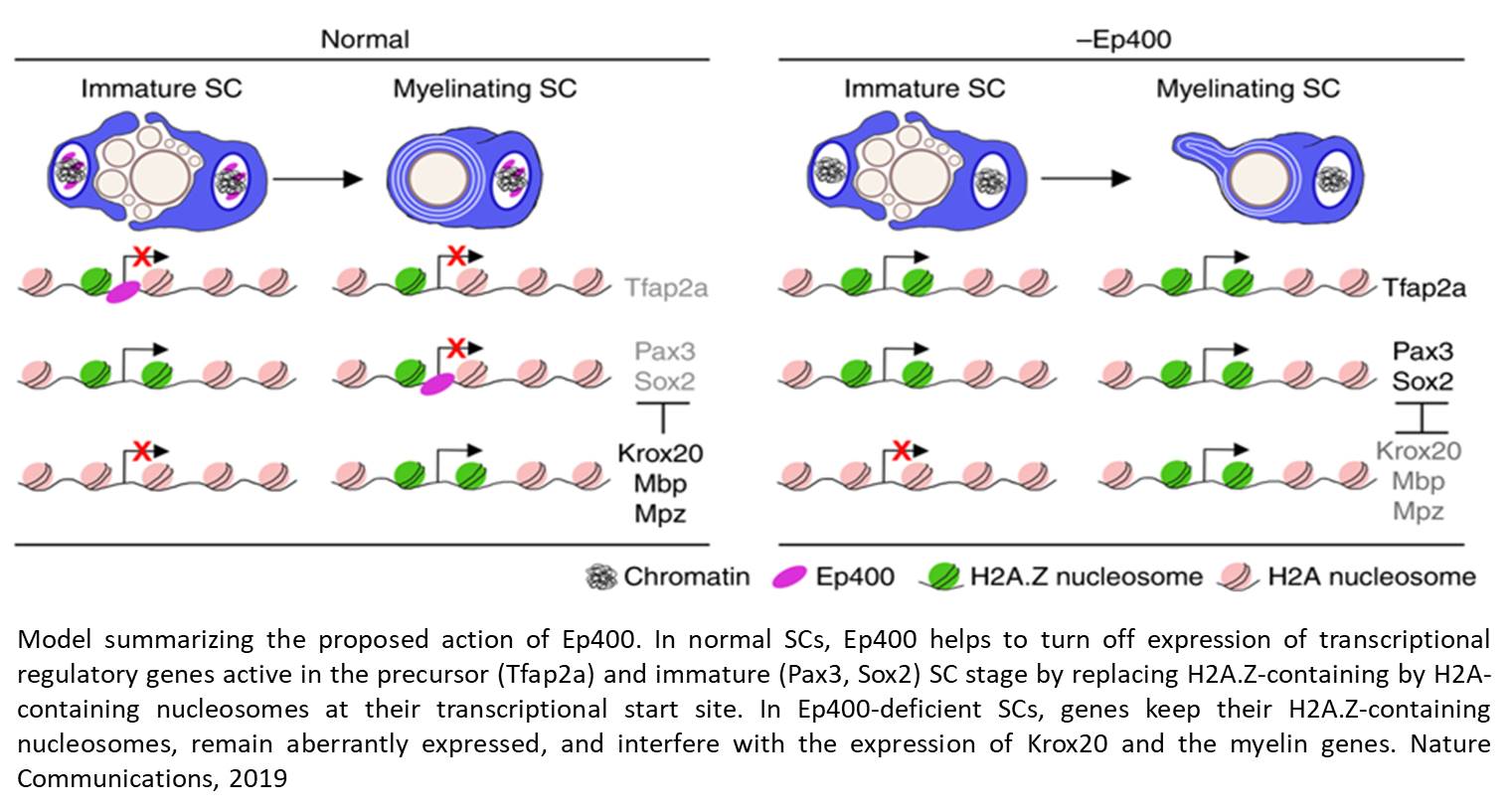 Schwann cells form a protective sheath around nerve fibres and ensure that nerve impulses are transmitted rapidly. If these cells are missing or damaged, severe neurological diseases may occur as a result. Researchers have succeeded in demonstrating a complex interaction within Schwann cells which plays an important role for correct cell maturation.

Similarly to insulation on electric cables, Schwann cells form a sheath around the nerve fibres in the peripheral nervous system which connect nerve cells to muscle cells and the surrounding area and conduct impulses. If this protective layer, known as the myelin sheath, is damaged, the exchange of information becomes slower, incorrect, or ceases entirely. Nerve fibres and the corresponding nerve cells may die completely, as the Schwann cells also provide them with nutrients. The consequences for patients are pain, numbness, muscular atrophy or problems with moving hands and feet correctly.

Researchers hope that they will one day be able to help people suffering from diseases such as diabetic neuropathy, Charcot-Marie-Tooth disease or Guillain-Barré syndrome. However, there is still a long way to go. After more than 25 years of research on this type of cell, most of the proteins and protein complexes which have a role to play in the development and maturation of Schwann cells have been identified. However, the proteins interact with each other as well. Research into how the various components within this regulatory network interact is only just beginning.

The group has now succeeded in deciphering one of these complex links. Research has focused on a protein named Ep400, which the team has only recently discovered in Schwann cells. Together with other proteins, this protein acts within Schwann cells to ensure that DNA is packaged correctly and marked accordingly. Packaging is immensely important in order to transport genetic information to the cell nucleus as compactly as possible. Marking allows the required information to be found and read.

In their experiments, the scientists deleted the protein from the Schwann cells. Thereafter, the mechanism for creating cells did not complete correctly and overlapped the maturation mechanism which would normally follow, meaning that certain proteins which were no longer required continued to be created without restriction, whilst other proteins which were required were no longer produced in sufficient quantities.

As a result, the myelin sheaths of the Schwann cells were deformed. They were too thin and short, and the protective sheath of the nerve fibres was defective as a result. When the scientists deleted a further protein named Tfap2a which is normally regulated by Ep400 and which had been continued to be produced, there was a marked reduction in defects.

'We are, of course, pleased that we have made such a significant step forward in understanding the complex interdependencies within the Schwann cells,' explains the senior author. 'Our results indicate that DNA structural changes induced by proteins such as Ep400 are extremely important and may also be useful in future to develop therapies for peripheral neuropathy.'

Video games to improve mobility after a stroke