A rare ApoE mutation is associated with prolonged survival 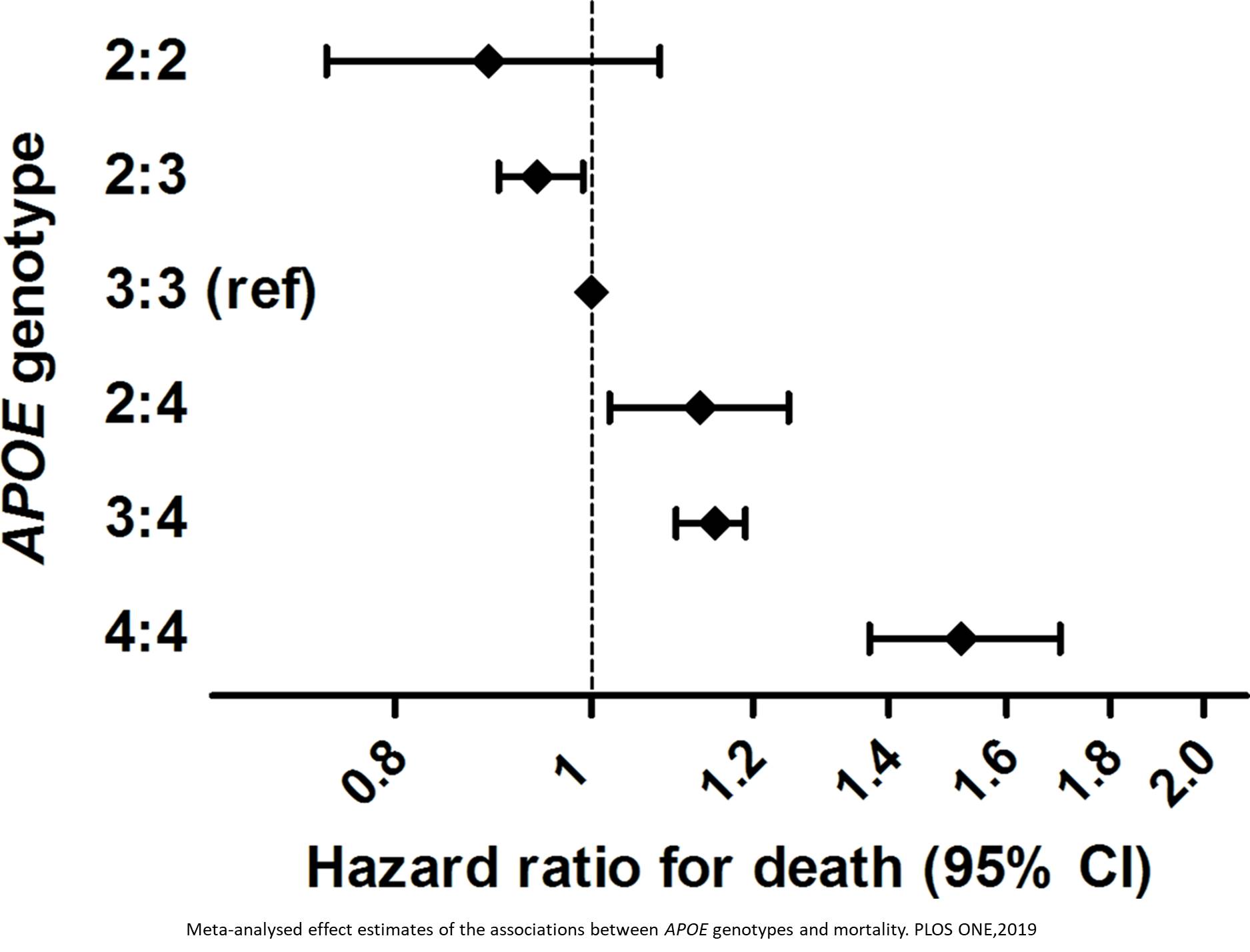 A new study of 38,537 persons of European ancestry suggests that a rare variation of a gene called APOE may be protective and prolong life, in sharp contrast to a more widely studied APOE variant that increases risk of death.

The findings by the E2-CHARGE consortium of investigators suggest new research directions that "could lead to novel preventive and treatment options for a wide variety of conditions to promote healthy aging and longevity," the team wrote in the journal PLOS ONE.

APOE, a gene located on human chromosome 19, contains the instructions to make apolipoprotein E, a protein that regulates lipid transport and uptake. APOE's alleles (multiple forms of the gene that are inherited from parents or arise out of mutation) include APOE-epsilon 2 (ε2), APOE-ε3 and APOE-ε4.

Studies long have associated APOE-ε4 with increased risk of Alzheimer's disease and death. The new study confirmed this. Little was known about APOE-ε2, a rare variant found in only 1% of the population, however.

To learn more, E2-CHARGE examined data from six population-based studies conducted in the U.S., Iceland and the Netherlands. During a mean follow-up period of 11.7 years, 17,021 individuals died. The researchers found that APOE-ε2 prolonged survival. Results were similar across the six study populations.

The researchers said larger studies should be carried out to understand this protective variant of APOE. Because the study was conducted only in people of European ancestry, its results may not be applicable to other ethnic groups, the researchers said. Key differences between the exercise-trained heart and failing heart