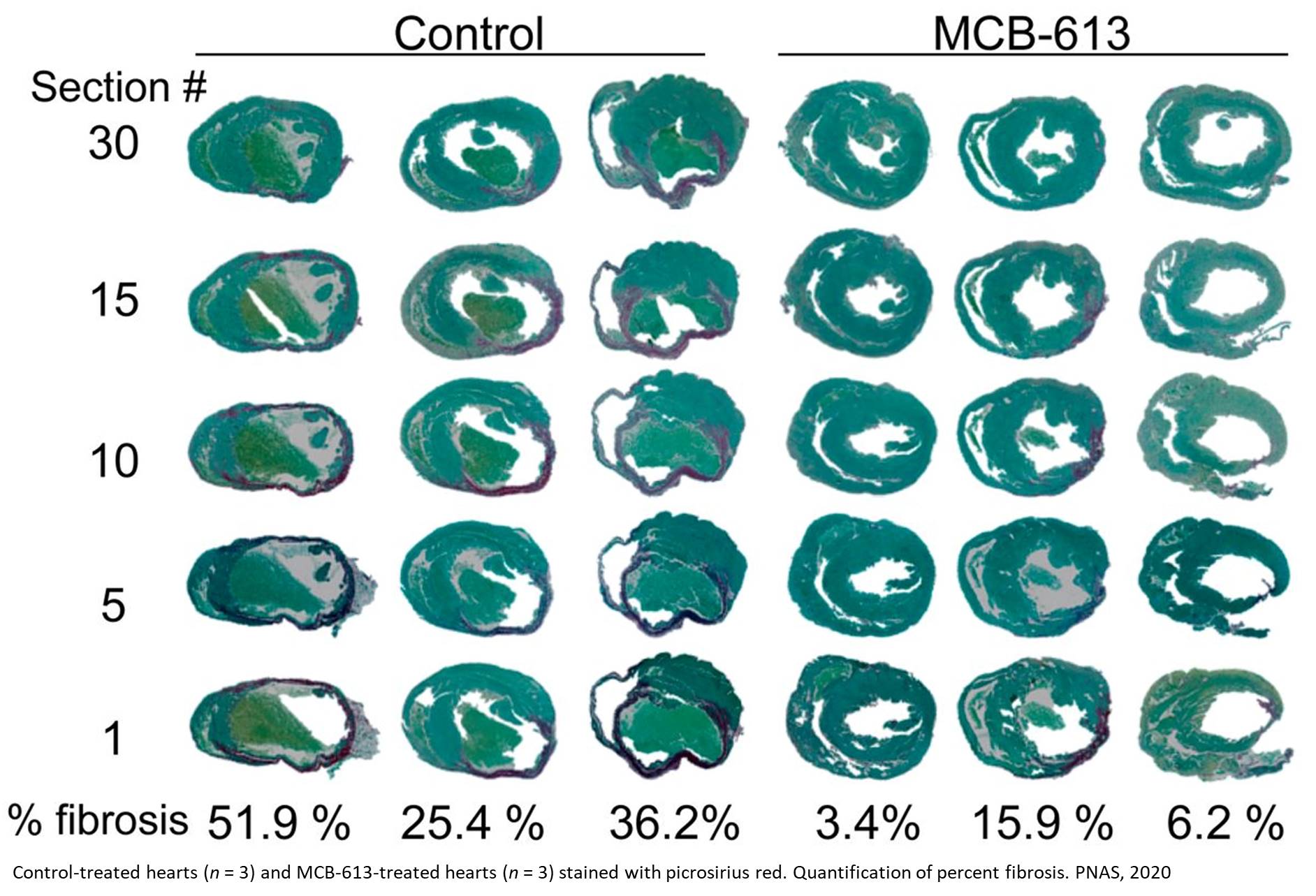 While there are therapies to aid in overall heart health, there are very few preventative therapies for heart failure after a significant heart attack, a serious condition that has a very significant mortality. However, researchers have found a potential treatment that has shown promising results in mice.

The findings, published in the Proceedings of the National Academy of Sciences, showed that stimulation of a steroid receptor coactivator, SRC-3, by a molecule known as MCB-613 after a heart attack prevented the scar and maladaptive repair of heart tissue that can lead to heart failure.

"Heart failure after a significant heart attack is a leading cause of death in humans. It often occurs over a few years; a person becomes weaker and weaker and eventually they die," said the lead author of the study. "In the mouse model, our team has been able to show that MCB-613 decreases damaging remodeling when given within hours after a myocardial infarction, thereby inhibiting the subsequent development of heart failure."

Researchers had previously discovered and characterized MCB-613 as a small molecule stimulator for SRCs. The family of SRCs are responsible for cellular plasticity and cell growth pathways during both normal and abnormal tissue growth. After a heart attack, the damaged tissue scars. This results in tissue loss and increased inflammation, fibrosis and a progressive decrease in cardiac function, all of which are hallmarks of myocardial infarction-induced heart failure.

The molecule works by stimulating SRC-3, thus initiating a complex cascade of events in tissue repair and modulation of the inflammatory response. The team also found that after treating the mice model with MCB-613, there were no significant signs of toxicity.

"The clinical implications of this discovery are significant. I have cared for many patients with advanced heart failure, and if we can modulate the natural history of this disease at all, we will lessen the No. 1 cause of human death and avoid a significant amount of human suffering," said another author.

"Our findings show us that this molecule acts directly on heart tissue repair and regeneration after a severe heart attack; however, more studies are needed to fully understand the safety and efficacy before we are able to use this as a therapy in humans," the lead said.