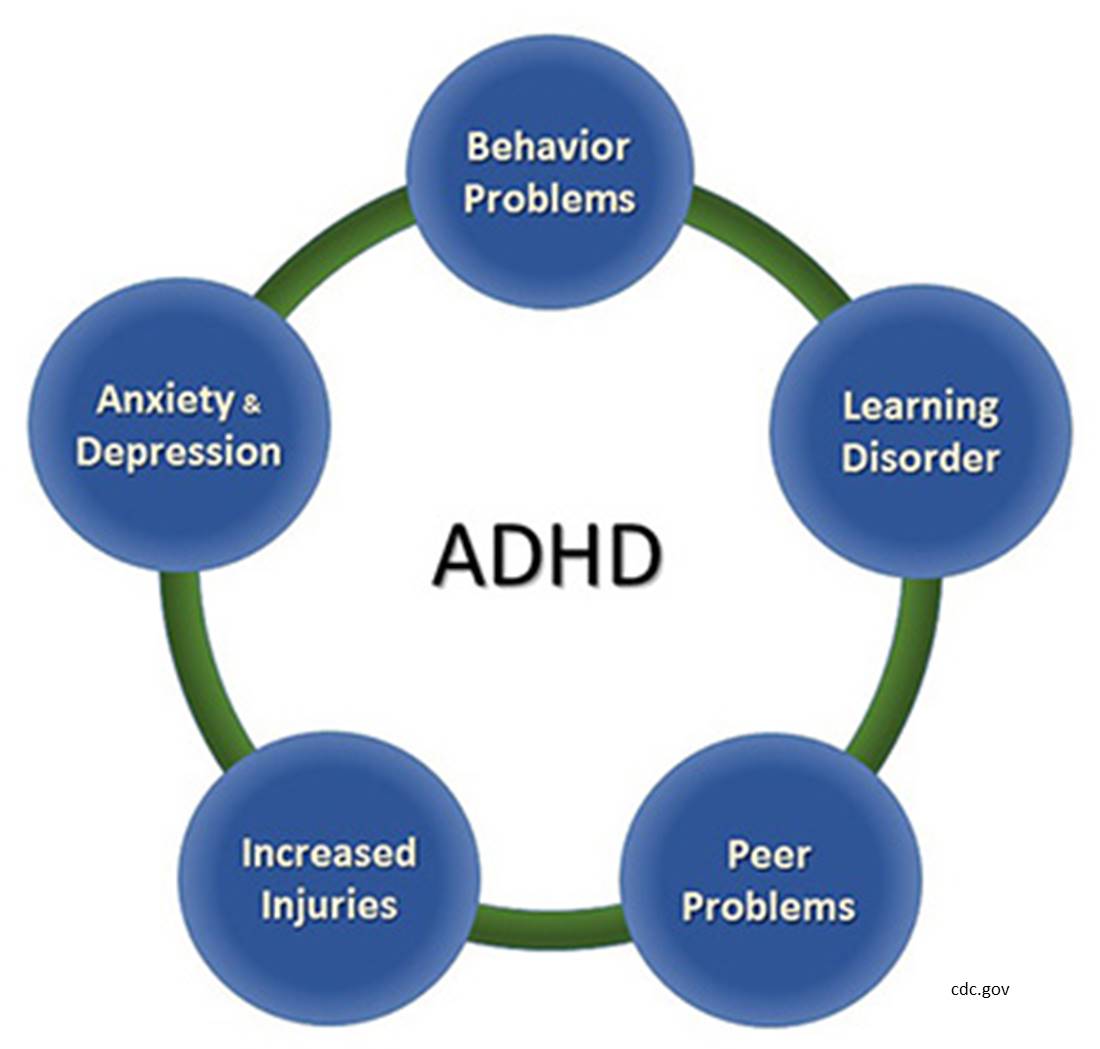 Long-term use of acetaminophen during pregnancy was associated with twice the risk of attention-deficit hyperactivity disorder in children, according to a study published in the journal Pediatrics. However, two experts believe that the data do not support these findings.

Acetaminophen, also known as paracetamol, is the active ingredient in Tylenol and hundreds of over-the-counter and prescription medicines, according to the US Food and Drug Administration. It is commonly prescribed during pregnancy to relieve pain and fever, with an estimated 65% of pregnant women in America using the drug, according to the US Centers for Disease Control and Prevention.

The lead author of the new study said pregnant women who need medicine for fever or pain relief "should not refrain from short-term acetaminophen use."

However, pregnant women who require "continuous acetaminophen for a longer period" should consult with their physicians.” The study defines a longer period as 29 days or more.

ADHD, a neurodevelopmental disorder, can cause inattention, hyperactivity and impulsivity. The causes are unknown but research is ongoing and genetics are believe to play a role.

The Norwegian Mother and Child Cohort Study provided data for the new research. Women were invited to participate after routine ultrasound examinations around week 18 of their pregnancies.

Nearly 47% of the women used acetaminophen during their pregnancies: 27% in one trimester, 16% in two trimesters and less than 4% in all three.

Use of acetaminophen by pregnant women for less than seven days was associated with a decreased risk of ADHD in offspring, the researchers say, based on their analysis.

Fathers who used the pain reliever for 29 or more days prior to conception also had twice the number of children with ADHD. Unsure how to interpret this finding, the author suggested that "it could be that fathers who use a lot of acetaminophen have a higher genetic risk for ADHD" or that long-term use of the medicine might lead to changes in sperm.

No evidence of a cause-effect relationship between the drug and ADHD was found, authors concluded. Still, they believe further study is needed.

Dr. Alison G. Cahill, a member of the American College of Obstetricians and Gynecologists' Committee on Obstetric Practice, said the study "doesn't add anything to our medical knowledge." Cahill was not involved in the research.

She applauds the researchers for their efforts -- in particular the high number of participants -- but says the study simply cannot "overcome" certain challenges and design flaws.

Chief among these is the way in which a diagnosis of ADHD is assessed, she said. Ideally, the same careful and measured approach would be used with all the children in the study. Instead, the researchers calculated the number of children diagnosed with ADHD by codes in their medical records.

"As you can imagine, there can be some disconnect between the making of that diagnosis and how it's actually coded," Cahill said. Also, variability between providers and how they make that assessment means it is possible a child didn't have ADHD but instead had a related disorder.

Dr. Max Wiznitzer, co-chairman of the professional advisory board for the nonprofit Children and Adults with Attention-Deficit/Hyperactivity Disorder, agreed.

Wiznitzer, who also did not participate in the new research, noted that the codes the researchers used to calculate the total number of ADHD diagnoses may have merged in learning and language disorders.
"They also did not confirm the diagnoses," he said.

And past telephone surveys conducted in the US have asked parents whether their child was ever diagnosed with ADHD and then whether the child still has that diagnosis. "It's a smaller percentage," Wiznitzer said. "Just because a kid gets labeled with having this diagnosis doesn't mean it's accurate."

For expected rates of ADHD in children, the researchers used an estimate of 4%, yet in the United States, most people would use between 8% and 11% based on CDC estimations, Wiznitzer said. This lowball estimate would explain the twofold increase in risk the researchers found.

Author explained that Norway and other nations rely on the World Health Organization's International Statistical Classification of Diseases and Related Health Problems to diagnose ADHD. By that standard, children must show symptoms, both inattention and hyperactivity, before age 7. It is a more rigorous standard than the one commonly used in the US.

Cahill said that when linking a prenatal exposure to a certain outcome, scientists would expect to see certain things if the "association is actually true." One of those things would be seeing the same result repeated across many studies.

Previous studies have shown an association at times, and at other times, they've shown none, she explained. "The other thing we expect to see is a dose-response relationship, where an increasing dose would relate to a worsening risk or worsening severity of that disease," Cahill said. This too was not seen in the new study.

At low doses, acetaminophen reduces risk of ADHD in offspring, while at high doses, the reverse is true. "And that doesn't make any biological sense," she said.

The researchers also didn't measure the amount of acetaminophen taken or levels of biomarkers; they used a survey in which patients self-reported the number of days. That is "not informative from a scientific perspective," she said.

Finally, the numbers don't add up to a statistical significance as the authors imply, she said. Wiznitzer agreed that "the numbers here don't support the conclusion."

However, authors maintain that the lower estimates uphold the statistical significance and that the sensitivity analysis further supports the study's conclusions.

Wiznitzer also noted that, since the study began at 18 weeks into each pregnancy, mothers and partners had to recall their use of acetaminophen from months earlier. "You have to be careful about distance recall," he said, noting that people often have distorted recollections of their behavior from even a week ago.

Acetaminophen is usually prescribed for only short periods during pregnancy, so Wiznitzer wondered, "Who during pregnancy would have all these pain complaints that they would be taking pain medicine regularly? I can make an argument that perhaps there's something special about that group." The special reason -- probably some underlying condition -- may be associated with ADHD in the children, rather than the use of acetaminophen.

In their conclusion, the authors speculate about the association, and according to Wiznitzer, they quote "all this animal research. I'll guarantee these rodents are not getting the type of dose like you would take if you're pregnant."

"It's good to use the animal models as a first step, but you cannot automatically assume because it happens to the animal, it happens to humans," said Wiznitzer, who is also a professor of pediatrics and neurology at Case Western Reserve University.

An example of this is thalidomide, a sedative prescribed in the 1960s for morning sickness; later, it was found to cause birth defects. "It was tested in animals, and it was safe for the animals," Wiznitzer said.

Cahill, who is also chief of maternal fetal medicine at Washington University in St. Louis, said some untreated symptoms during pregnancy can have "negative impacts" on the unborn baby.
Doctors are trained to read medical studies and decide whether the results need to be followed when treating patients.

"A board-certified provider is really the best person to advise them on medications during pregnancy," Cahill said. Wiznitzer said "acetaminophen serves a practical purpose in pregnancy."

"Women should not be afraid of using acetaminophen, especially if it's their doctor's recommendation," he said. "The data here is not strong enough to support the conclusion."