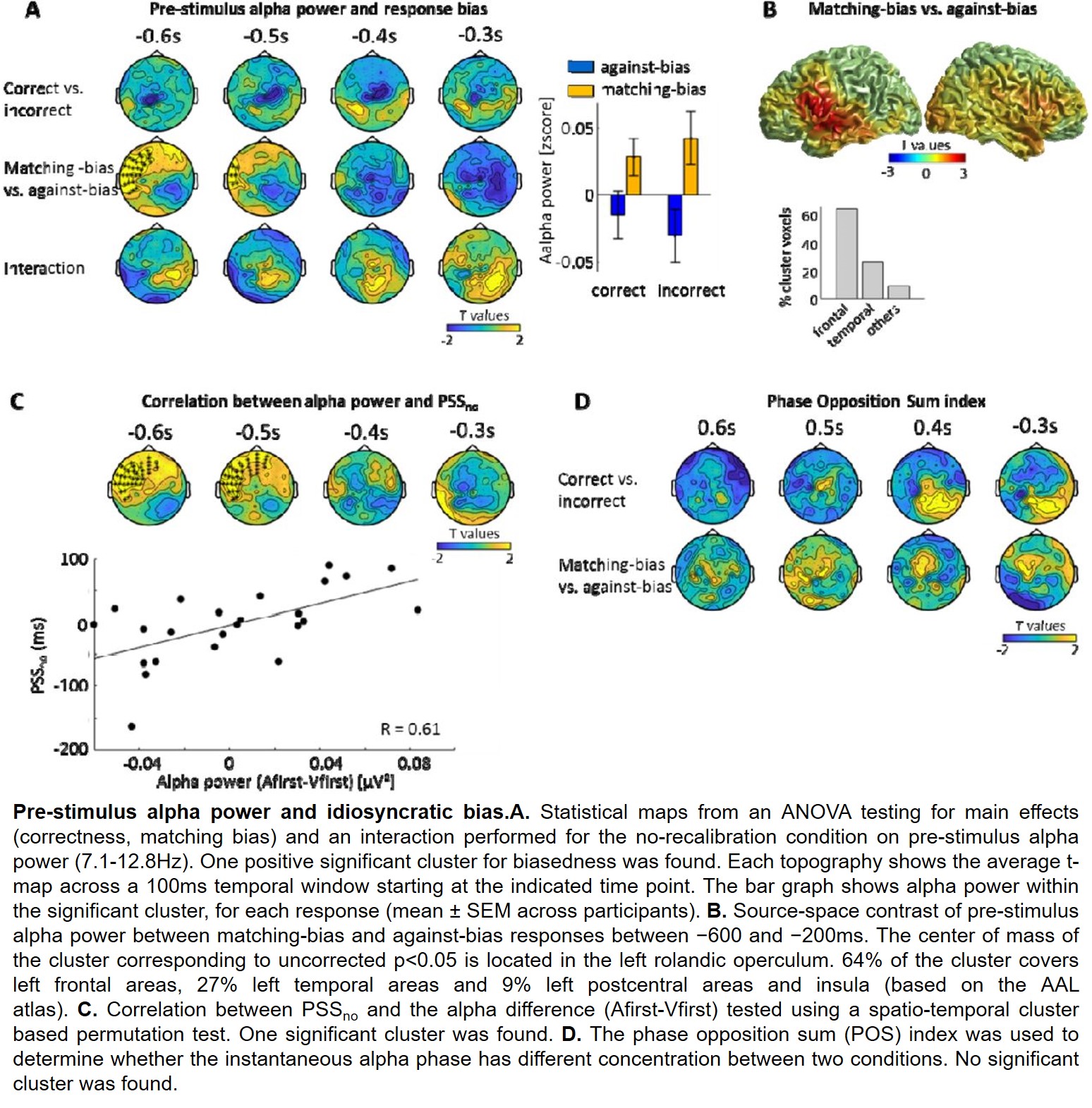 The strength of alpha brain waves reveals if you are about to make a biased decision, according to research recently published in JNeurosci.

Everyone has bias, and neuroscientists can see what happens inside your brain as you succumb to it. The clue comes from alpha brain waves -- a pattern of activity when the neurons in the front of your brain fire in rhythm together. Alpha brain waves pop up when people make decisions, but it remains unclear what their role is.

The authors used electroencephalography to monitor the brain activity of adults while they made a decision. The participants saw a picture and heard a sound milliseconds apart and then decided which one came first. Prior to the experiment, the researchers determined if the participants possessed a bias for choosing the picture or sound. Before the first stimulus appeared, the strength of the alpha waves revealed how the participants would decide. Weaker alpha waves meant resisting the bias; stronger alpha waves indicated succumbing to the bias.