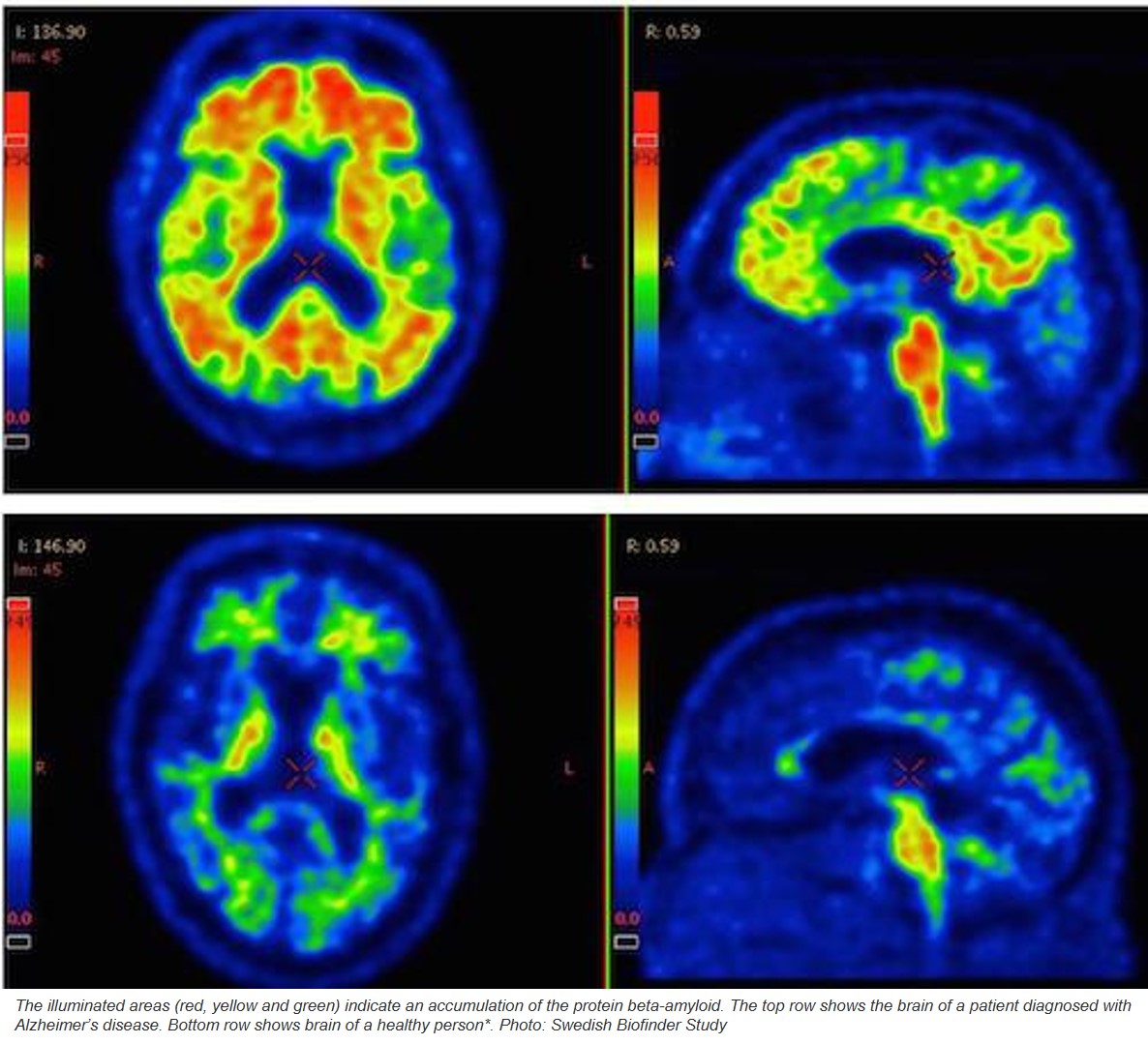 The accumulation of the protein amyloid beta in the brain is a sign of Alzheimer's disease. Sufficiently large quantities cause plaque, which blocks the function of the nerve cells and thereby impair the patient's memory and cognitive ability.

A small proportion of Alzheimer's patients have a hereditary risk gene, which causes overproduction of amyloid beta in the brain. In all other cases, the cause of the disease has so far been explained by the body's lack of ability to break down and remove amyloid beta. However, these new findings provide a more nuanced picture:

"In our study, we show that accumulation of amyloid in the brain is associated with high levels of specific amyloid peptides in the cerebrospinal fluid. This means that overproduction of amyloid beta may contribute to development of Alzheimer's disease in some people, even if they do not carry the hereditary risk gene for Alzheimer's. The fact that the disease in these individuals can be attributed to both the overproduction of and problems in breaking down amyloid beta may be of significance to the future development of drugs and treatments", explains the author.

The study noted increased levels of amyloid beta in a large group of patients with no hereditary risk gene. More than 330 people from Sweden participated in the study, some of whom suffered from mild cognitive disorders (which may be an early sign of Alzheimer's), while others were part of a control group of healthy individuals.

They find that levels of brain Aβ fibrils (measured by 18F-flutemetamol PET) are independently associated with high CSF Aβ40 (P<0.001) and APOE ε4 (P<0.001). The association between CSF Aβ40 and brain Aβ is stronger in APOE ε4-negative than in positive people (P=0.0080). The results are similar for CSF Aβ38 and for a combination of CSF Aβ38 and CSF Aβ40.

"We were surprised by the results. Our study emphasizes that Alzheimer's is probably a more heterogeneous disease than we previously believed", continues the author.

However, further studies are needed to verify the results. Apart from the number of participants, the strengths of this study include the use of three different methods to achieve acurate measurement results: cerebrospinal fluid samples, the use of a so-called PET scanner, and genetic analysis. A weakness of the study is that it does not include any measured observations of the brain tissue, which is often the case in studies of Alzheimer's disease.