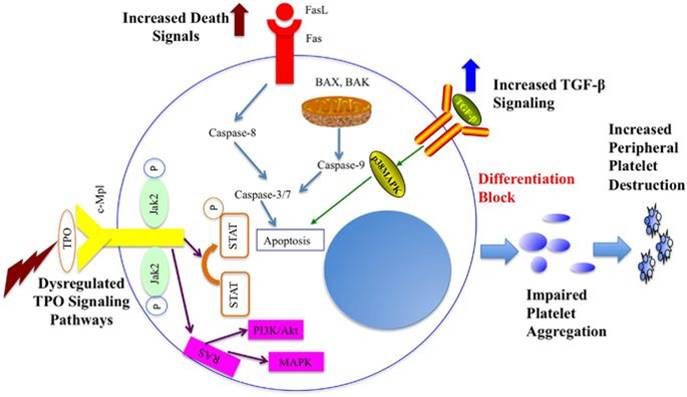 In their study of hospital patients infected with SFTS (severe fever with thrombocytopenia syndrome) virus, researchers show that lower levels of the amino acid arginine are associated with low blood platelet count and immune suppression among the patients. The disease is also more likely to be fatal in patients with low arginine levels during early infection, they conclude.

The findings provide critical information about the underlying mechanisms of SFTS, a newly discovered viral hemorrhagic fever that was first identified in 2009 in mainland China, with cases reported since in Korea, Japan and the United States. About 10% of those infected go on to have fatal disease, but there is no available treatment or prevention yet, in part because so little is known about the disease.

To learn more, researchers analyzed the blood of 46 SFTS patients to look for signs of metabolic processes related to the disease. They found that a metabolic pathway that reduced arginine levels appears to be a key part of SFTS infection, and that low arginine levels were linked to abnormally low platelet counts (the thrombocytopenia of the disease's name) and impaired T cell function. Authors also found that  arginine metabolism by nitric oxide synthase and arginase is a key pathway in SFTSV infection and consequential death.

In a small randomized clinical trial to test the effects of supplementing patients with arginine, the researchers found that supplemented patients produced more platelets and cleared the virus from their bodies faster than those who did not receive additional arginine. Further studies should confirm whether arginine would be a suitable treatment target for SFTS and for similar viral diseases, the authors say.