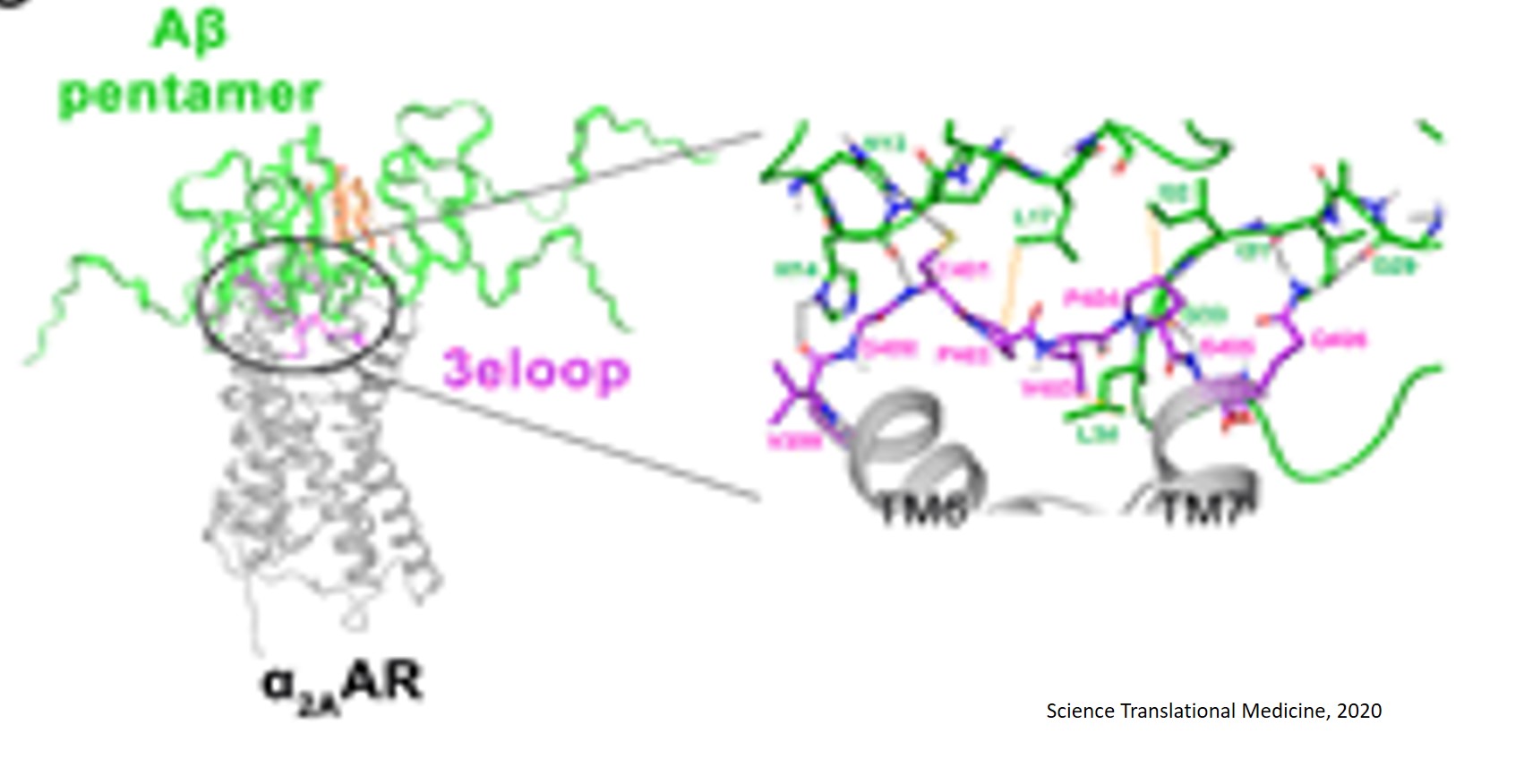 In preclinical experiments, researchers have revealed a key missing piece of the Alzheimer's disease puzzle. That allowed proof-of-concept experiments -- using an existing drug -- that dramatically reduced Alzheimer's pathology and symptoms in two mouse models, potentially offering an immediate treatment for this devastating disease.

The research was published in the journal Science Translational Medicine. It included human brain tissue analysis and longitudinal clinical data that supported the in vivo mouse model data.

The authors have found that amyloid-beta oligomers hijack norepinephrine signaling at brain neurons, which falsely redirects this signal to activate a kinase called GSK3-beta. That activated kinase enzyme, in turn, hyper-phosphorylates tau protein, making it toxic for neurons.

This rewiring of the norepinephrine signaling takes place at a cell membrane receptor on the surface of neurons called the alpha-2A adrenergic receptor. This receptor is part of a large family of G protein-coupled receptors that detect molecules outside of a cell and then activate an internal signal that causes a cellular response. While a certain concentration of amyloid-beta oligomers can activate GSK3-beta, the presence of norepinephrine vastly sensitized that activation by up to two orders of magnitude, the authors found.

Thus, the researchers speculate that nanomolar concentrations of amyloid-beta oligomers in human brains induce a pathogenic GSK3-beta/tau cascade at the earliest stages of Alzheimer's disease. This theory suggests why multiple clinical trials to reduce levels of amyloid-beta oligomers in Alzheimer's disease patients have failed -- they cannot reduce the amyloid levels to such low concentrations.

The alpha-2A adrenergic receptor normally works this way -- it has a binding site for the neurotransmitter norepinephrine, and that binding activates a signaling process that mobilizes the brain and body for action. The researchers found that amyloid-beta oligomers bind to a separate site on the alpha-2A adrenergic receptor, distinct from the site for norepinephrine binding. This initiates the pathological hijacking.

Such binding at a second site is called allosteric binding. In G protein-coupled receptors, allosteric ligands are known to often alter signaling of the receptor as part of normal physiology. After the researchers realized the allosteric binding, they searched to see which kinase might be activated by that binding, which is how they identified GSK3-beta.

The authors tested an existing drug -- idazoxan -- in a mouse model of Alzheimer's. Idazoxan is an alpha-2A adrenergic receptor antagonist that has been under investigation in clinical trials for depression. The hypothesis was that idazoxan blockage of alpha-2A adrenergic receptor in the presence of amyloid-beta pathology would show therapeutic potential. That was borne out in Alzheimer's-model mice.

"These data collectively demonstrate that blocking norepinephrine signaling through the alpha-2A adrenergic receptor is an effective strategy to ameliorate pathological and cognitive deficits associated with amyloid-beta," the senior author said.