Anxiety-induced decrease in motor performance is prevented by brain stimulation 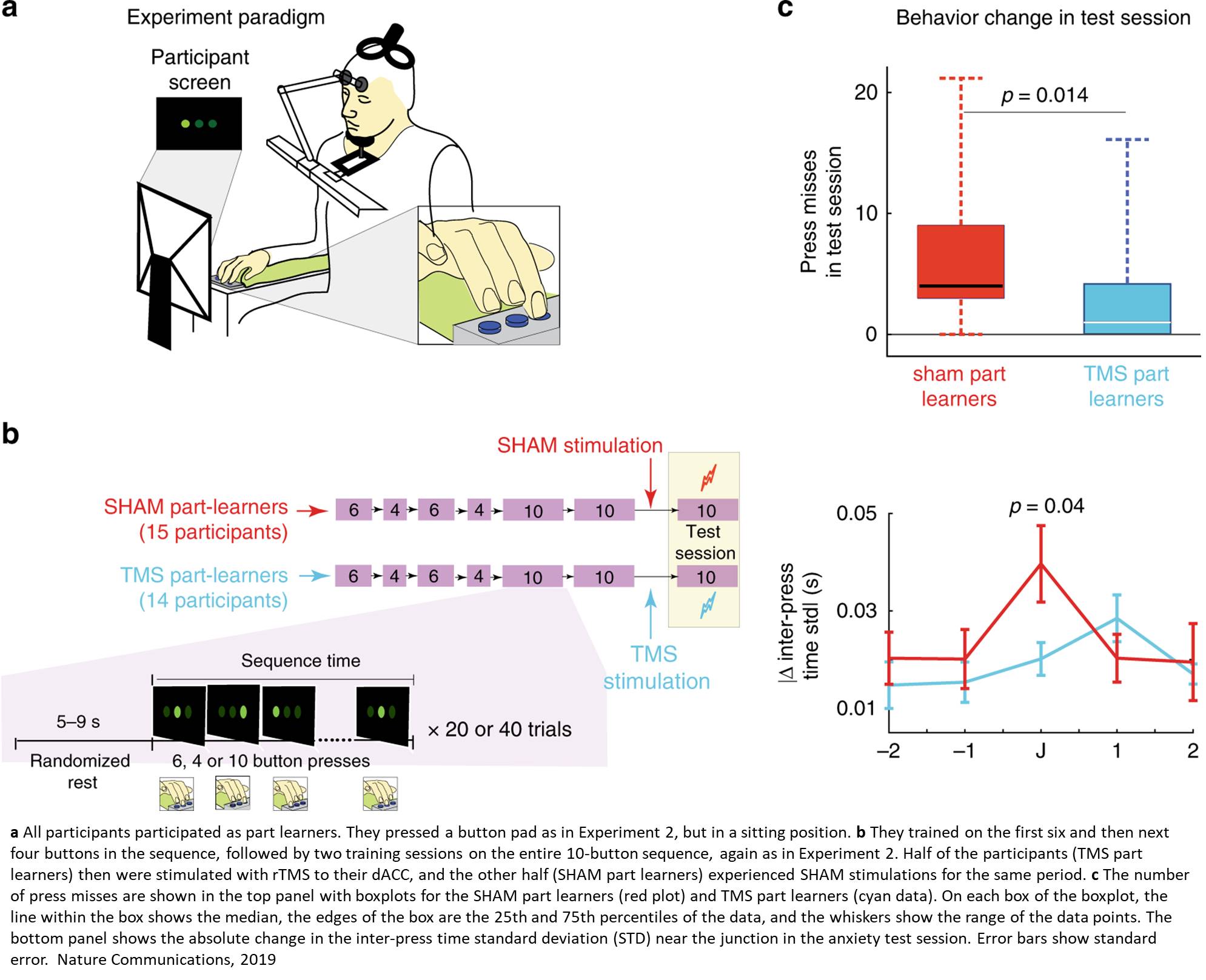 Researchers used fMRI to discover a new neural mechanism involving the dorsal anterior cingulate cortex (dACC) to explain how anxiety deteriorates physical performance. Moreover, the performance deterioration was rescued by suppressing brain activity with transcranial magnetic stimulation (TMS) to the dACC. The findings would provide a new therapeutic strategy for athletes, musicians and other performers susceptible to anxiety during performance. The paper was published in Nature Communications.

Athletes, musicians and other performers, be they professionals or amateurs, are required to conduct rapid complex movements that can be affected by anxiety. Influential self-focus theory postulates that the motor skills required for these actions become automatic and unconscious during learning, but anxiety causes an interference between conscious and unconscious processing that can negatively impact the performance. However, no behavioral or brain data has confirmed the theory. Such data would provide therapeutic targets that negate the effects of anxiety on motor performances.

In general, specific motor skills, such as those used in tennis or playing the piano, require repeated practice to memorize the motions and their order. In the new study, the researchers simulated this practice on a computerized 10-step rapid button press task. Part-learners learned the task in two parts, one 6 steps long and the other 4 steps long. Finally, they practiced all 10 steps at once. Single-learners, on the other hand, learned the 10-step rapid button presses together without breaking them into parts. After the learning, both groups of learners were asked to conduct the entire 10-step task and given an electrical shock if they made a mistake during the performance.

Part-learners proved more adept at learning the task in the training sessions based on the speed and number of errors with which they completed the task. However, when the anxiety test session started, their performance dropped noticeably to a level worse than single-learners. This finding is consistent with the self-focus theory, which would expect performance to decline with anxiety.

These experiments show for the first time the brain region responsible for performance degradation caused by anxiety and a possible therapeutic strategy using TMS.

In addition to more study of the dACC neural circuits that connect anxiety to performance degradation, the group will investigate how TMS can enhance the performance of athletes, musicians and other performers.