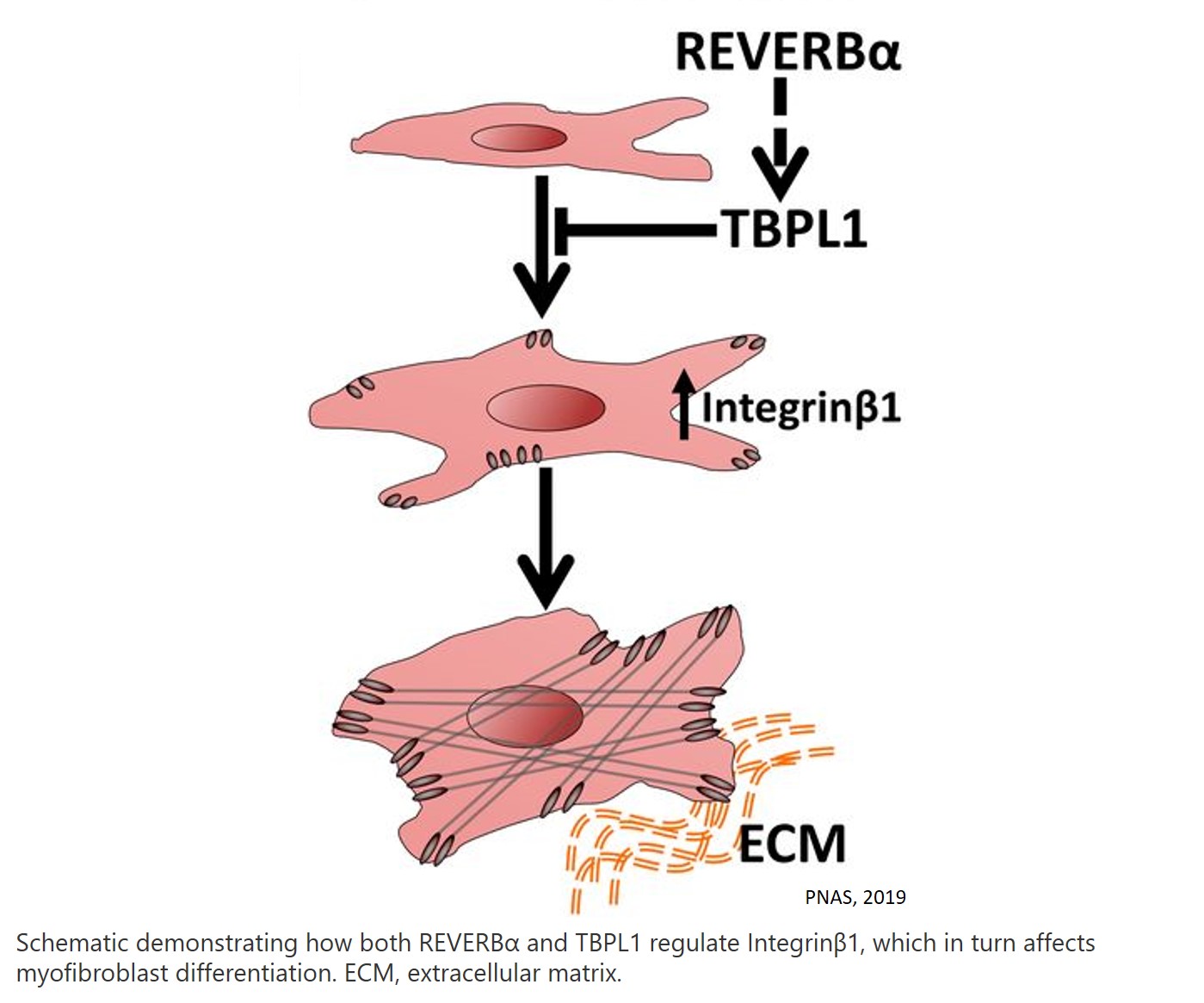 Scientists have discovered that people who regularly sleep for more than 11 hours or less than 4 hours are 2-3 times more likely to have the incurable disease, pulmonary fibrosis, compared to those that sleep for 7 hours in a day. They attribute this association to the body clock.

The study also reveals that targeting the body clock reduces fibrosis in vitro, revealing a potential target for this incurable disease that kills about 5,000 people, a year in the U.K.,the same number as leukaemia. The study is published in Proceedings of the National Academy of Sciences.

Our internal body clocks regulate nearly every cell in the human body, driving 24-hour cycles in many processes such as sleeping, hormone secretion and metabolism.

In the lungs, the clock is mainly located in the main air carrying passages - the airways. However, the team discovered that in people with lung fibrosis, these clock oscillations extend out to the small air spaces, called alveoli.

Studies in mice revealed that by altering the clock mechanism it was possible to disrupt the fibrotic process making the animals more likely to develop pulmonary fibrosis.

The researchers then showed, that pulmonary fibrosis is associated with short and long sleep duration using human data from the UK Biobank.

The link between sleep duration and lung fibrosis is similar in strength to other known risk factors for this disease.

Smaller, but still elevated, risks were also seen in people who like to stay up late at night or those who do shift work.

The researchers explain their findings by the discovery that a core clock protein (REVERBα) which alters the production of a key protein in lung fibrosis (collagen).This is an exciting finding, they say, because chemical compounds can alter the function of REVERBα.

Knockdown of REVERBα revealed regulation of the little-understood transcription factor TBPL1. Both REVERBα and TBPL1 altered integrinβ1 focal-adhesion formation, resulting inincreased myofibroblast activation. The authors were able to show that one of these REVERBα compounds can reduce collagen in lung slices from people with this disease.

The translational importance of the findings was established through analysis of 2 human cohorts. In the UK Biobank, circadian strain markers (sleep length, chronotype, and shift work) are associated with pulmonary fibrosis, making them risk factors. In a separate cohort, REVERBα expression was increased in human idiopathic pulmonary fibrosis (IPF) lung tissue.

The project led said: "Pulmonary fibrosis is a devastating condition which is incurable at present. Therefore, the discovery that the body clock is potentially a key player potentially opens new ways to treat or prevent the condition. More work will need to be done around studying the association between pulmonary fibrosis and sleep duration to establish both causation and reproducibility. If these results are confirmed, then sleeping for the optimal time may reduce the impact of this devastating disease."

The joint lead author on the paper, said: "It is fascinating to think that clock activity is increased in fibrotic disease. Previous studies have shown that the clock also plays an important role in infection, cancer and diabetes. The discovery that the clock plays a role in fibrosis suggests that altering these oscillations could become an important therapeutic approach."