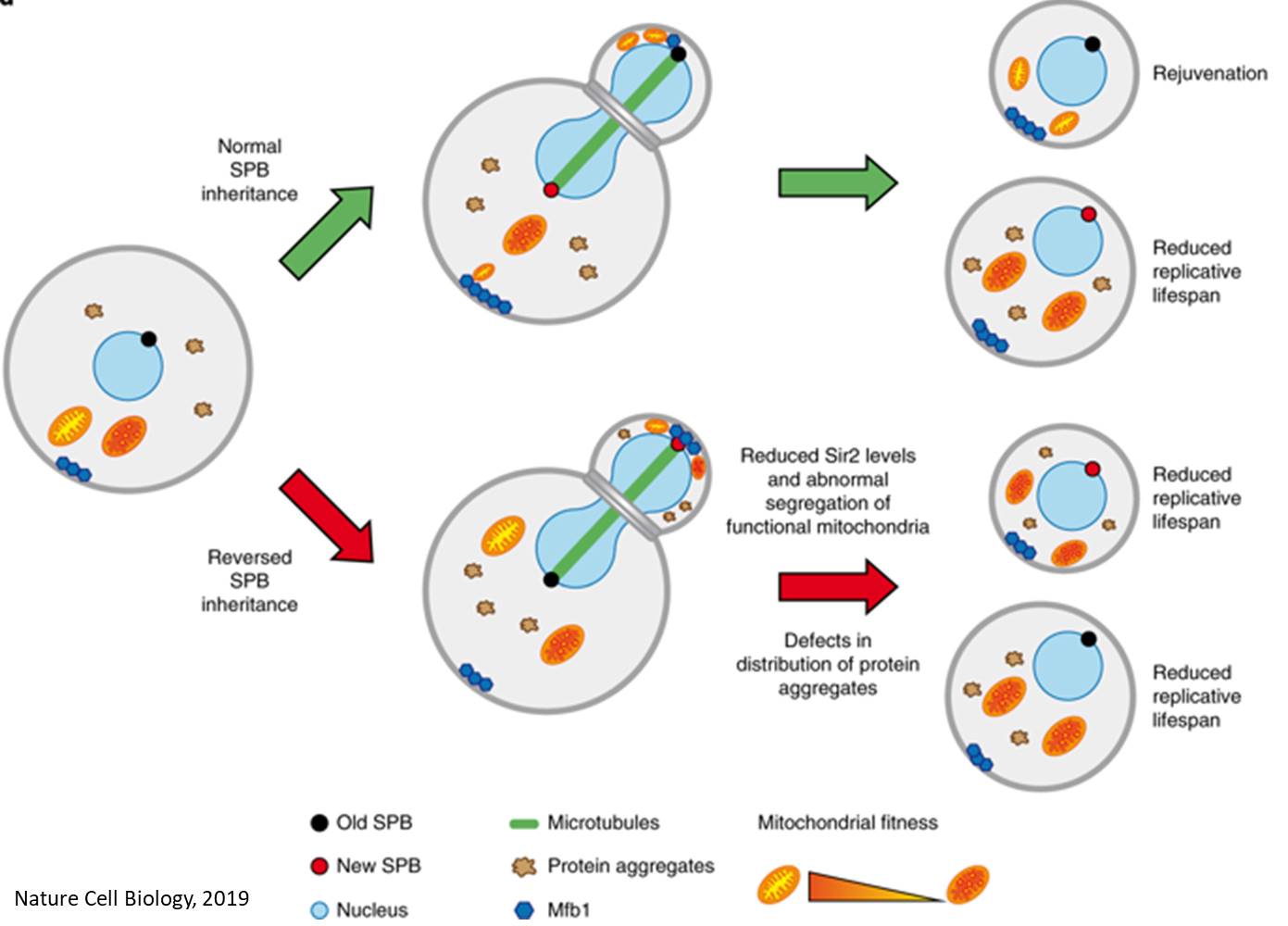 Researchers have discovered a new mechanism that makes it possible to understand premature ageing in cells with asymmetrical cell division, as is the case with mother cells. Understanding this mechanism is useful for studying and, in the future, anticipating the development of ageing-related diseases, such as cancer and neurodegenerative processes. The research was published in the latest issue of the review Nature Cell Biology.

During asymmetrical division, the resulting cells acquire a different morphology and size, different cellular contents, and a different potential for differing from a specific cell type.

"Perhaps, the most characteristic example of asymmetrical divisions is that of mother cells, which, thanks to this process can regenerate after each division at the same time as producing more specialised cells that make it possible to build the different types of tissue. Correct duplication of mother cells is fundamental for maintaining tissue architecture. So, a reduced number of these cells can lead to disorganisation of the tissue and premature ageing, while an excessive number can lead to tissue hyperplasia or the development of tumours", explains the researcher.

Some essential structures during cell division are the microtubule-organising centres (MTOCs) which organise the formation of the mitotic spindle, the molecular machinery that allows for the equal distribution of the chromosomes in mitosis. Initially, the cells have only one MTOC, which, like the genome, is duplicated during cell division. After their duplication, the original MTOC and the newly generated one differ in size, composition and age, and, when mitosis is finished, they are shared between the cells that are produced by the division.

"Curiously, it has been found that these structures can be inherited following a predetermined pattern, and not randomly, during asymmetrical division of some cells. This surprising phenomenon is conserved in an evolutionary way and has been observed both in microorganisms and in mother cells from animals and humans. However, its biological function is unknown. The distinguishing heredity of MTOCs was originally seen in Saccharomyces cerevisiae, a single-cell organism in which each division is inherently asymmetrical, which has made it a classic experimental model of incalculable value for the study of these processes,", the author adds.

For this project, the researchers have generated a genetically modified strain of this organism in which they have managed to invert the normal heredity of MTOCs in a constitutive way and so, for the first time, to test the physiological consequences of this fact. The results of their studies, published in the prestigious review Nature Cell Biology, how that the asymmetrical heredity of the MTOCs permits the different distribution of damaged cell molecules and organelles between the mother cell and the daughter cell, which is fundamental to maintaining life expectancy in Saccharomyces cerevisiae and avoiding premature cell ageing.

The high degree of conservation of the mechanisms that facilitate the generation of asymmetry during cell division makes it possible to anticipate that the results obtained by this group of scientists from the University of Seville and CSIC will be of great importance for explaining possible connections between problems during the asymmetrical distribution of MTOCs in mother cells and the development of ageing-related diseases, such as cancer or neurodegenerative processes. This is especially interesting in the case of some hereditary disorders like autosomal recessive primary microcephaly (MCPH), a rare disease that is characterised by problems during neurodevelopment that result in an abnormally small head and brain. This disorder has been associated with up to twelve different genes, the majority of which are related to the function of the MTOCs which form the mitotic spindle, which opens the door to a possible connection between the origin of this syndrome and the incorrect distribution of these structures.