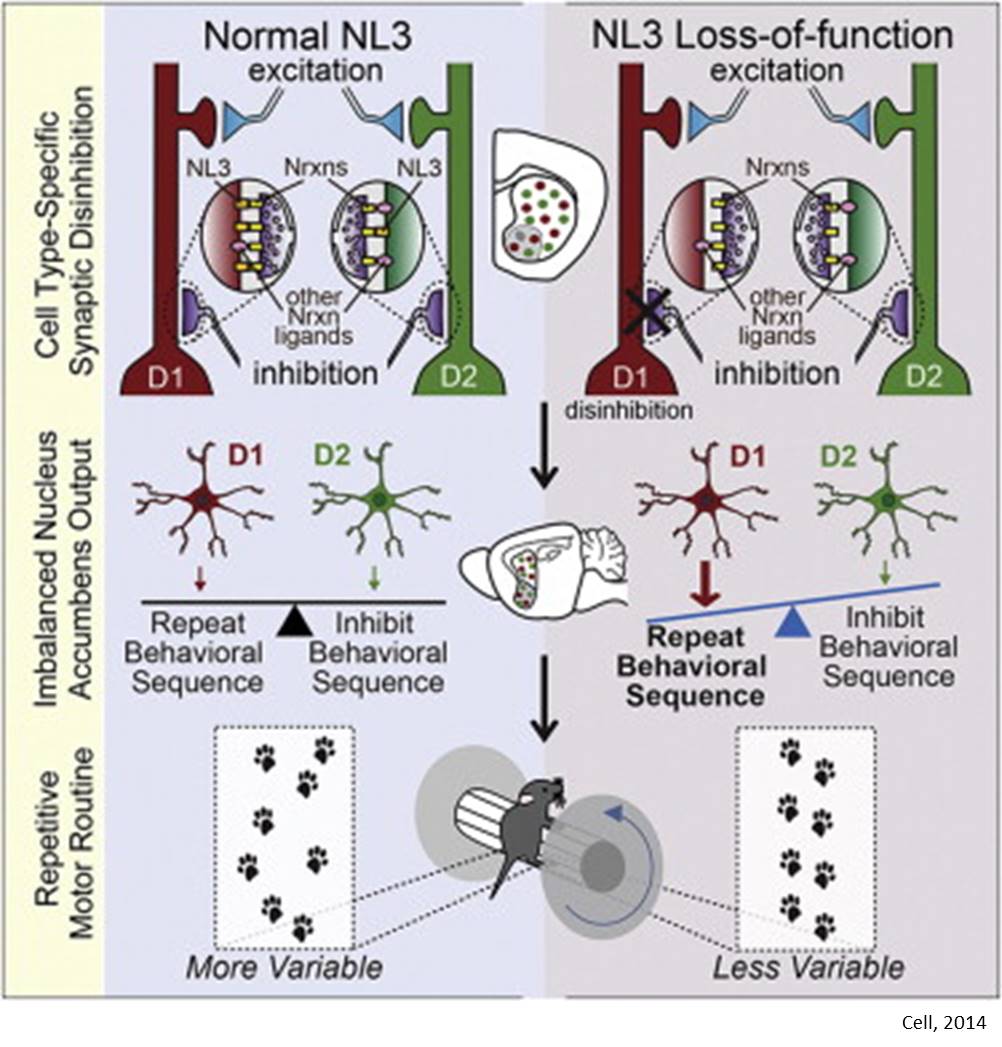 A team of researchers has discovered a new connection between a genetic alteration and social difficulties related to autism: A mutation in the neuroligin-3 gene reduces the effect of the hormone oxytocin. In the journal Nature, the researchers report on a treatment approach that could normalize social behavior in autism. They have already achieved promising results in an animal model.

Autism occurs in about one percent of the population and is characterized by alterations in communication, repetitive behavior and social difficulties. There are numerous genetic factors involved in the development of autism. Hundreds of different genes have been identified, including the gene encoding the synaptic adhesion molecule neuroligin-3. The mechanisms by which this large variety of genetic alterations is related to the symptoms of autism are still largely unknown and is one of the major challenges in the development of new treatments.

The research team  has now uncovered an unexpected link between neuroligin-3, a gene that contributes to the likelihood of autism, and the oxytocin signaling pathway in a mouse model. The hormone oxytocin regulates social behavior in mammals, in particular social interactions.

Mice with mutations in certain genes which display a typical behavior linked to autism in humans are used as a model system to study autism and help scientists to learn more about the biology of this condition in humans.

In such a mouse model, the team has demonstrated for the first time that an autism associated mutation in the neuroligin-3 gene disrupts the oxytocin signaling pathway in the neurons of the brain's reward system in mice and, as a consequence, reduces social interactions between mice. Unexpectedly, loss of neuroligin affects the balance of protein synthesis in these neurons and thus the neuronal responses to oxytocin.

It was already speculated that signals mediated by oxytocin could possibly play a role in autism. "However, we were very surprised to discover that mutations in neuroligin-3 impair oxytocin signaling pathways. We have succeeded in putting together two puzzle pieces of the mechanisms underlying autism," says the senior author.

Furthermore, the research team demonstrated that alterations in the oxytocin system in mice with a neuroligin-3 mutation can be restored by treatment with a pharmacological inhibitor of protein synthesis. This treatment normalized the social behavior of the mice: Like their healthy conspecifics, they reacted differently to familiar mice or mice foreign to them. Importantly, the same inhibitor also improved behavioral symptoms in a second rodent model of autism, indicating that it could be more widely applied in the treatment of autism.

The newly discovered convergence between three important elements - a genetic factor, the changes in neuronal protein synthesis, and the regulation of social behavior by the oxytocin system -sheds some light onto how multiple factors implicated in autism may be connected. In addition, the findings may open new approaches for the treatment of certain aspects of social behavior in some cases of autism, where this is desirable.