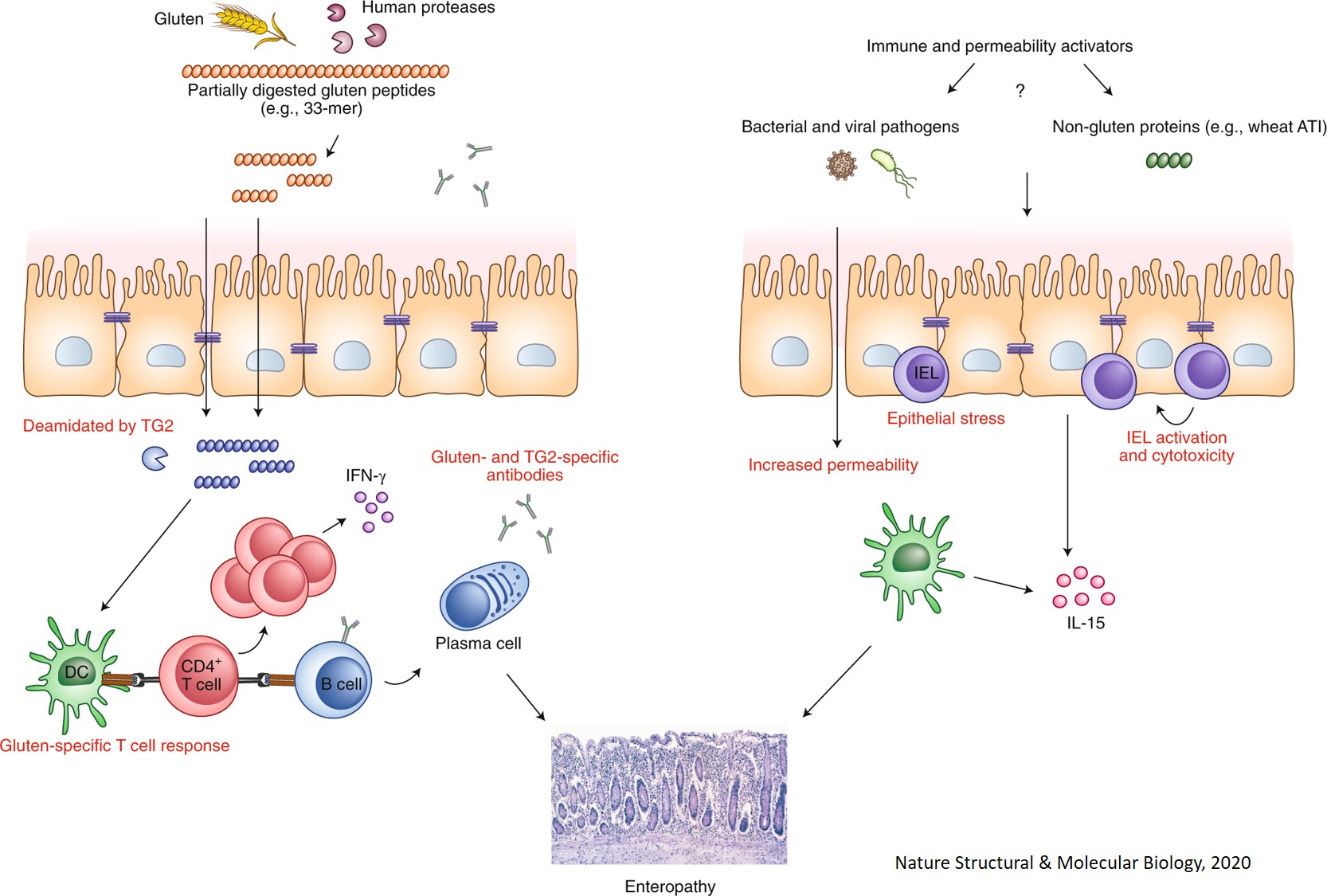 Bacterial exposure has been identified as a potential environmental risk factor in developing coeliac disease, a hereditary autoimmune-like condition that affects about one in 70 Australians.

It is estimated that half of all Australians are born with one of two genes that cause coeliac disease, and approximately one in 40 are likely to develop the condition.

People with coeliac disease must follow a lifelong gluten-free diet, as even small amounts of gluten can cause health problems. While environmental factors are known to trigger Coeliac Disease in those with the genetic predisposition, exactly how that works has remained unclear.

Scientists have now provided a molecular foundation for microbial exposure as a potential environmental factor in the development of coeliac disease.The results of the study have been published in the journal Nature Structural and Molecular Biology.

The team showed at the molecular level, how receptors isolated from immune T cells from coeliac disease patients can recognise protein fragments from certain bacteria that mimic those fragments from gluten.

Exposure to such bacterial proteins may be involved in the generation of aberrant recognition of gluten by these same T cells when susceptible individuals eat cereals containing gluten, the author said.

"In coeliac disease you get aberrant reactivity to gluten and we have provided a proof-of-principle that there's a link between gluten proteins and proteins that are found in some bacteria," the author said.

"That is, it's possible that the immune system reacts to the bacterial proteins in a normal immune response and in so doing develops a reaction to gluten proteins because, to the immune system, they look indistinguishable - like a mimic."

Coeliac disease is caused by an aberrant reaction of the immune system to gluten, a protein which occurs naturally in grains such as wheat, rye, barley and oats, and therefore is typically found in bread, pastries and cakes. Immune system cells, known as T cells, regard gluten as a foreign substance, and initiate action against it.

In patients with CD, activation of these T cells leads to an inflammatory response in the small intestine causing a wide range of symptoms including diarrhoea, bloating and malabsorption of nutrients, to name a few.

People with coeliac disease must follow a lifelong gluten-free diet, as even small amounts of gluten can cause health problems. If left untreated, the disease can cause serious issues including malnutrition, osteoporosis, depression and infertility, and there is a small increased risk of certain forms of cancer, such as lymphoma of the small bowel.