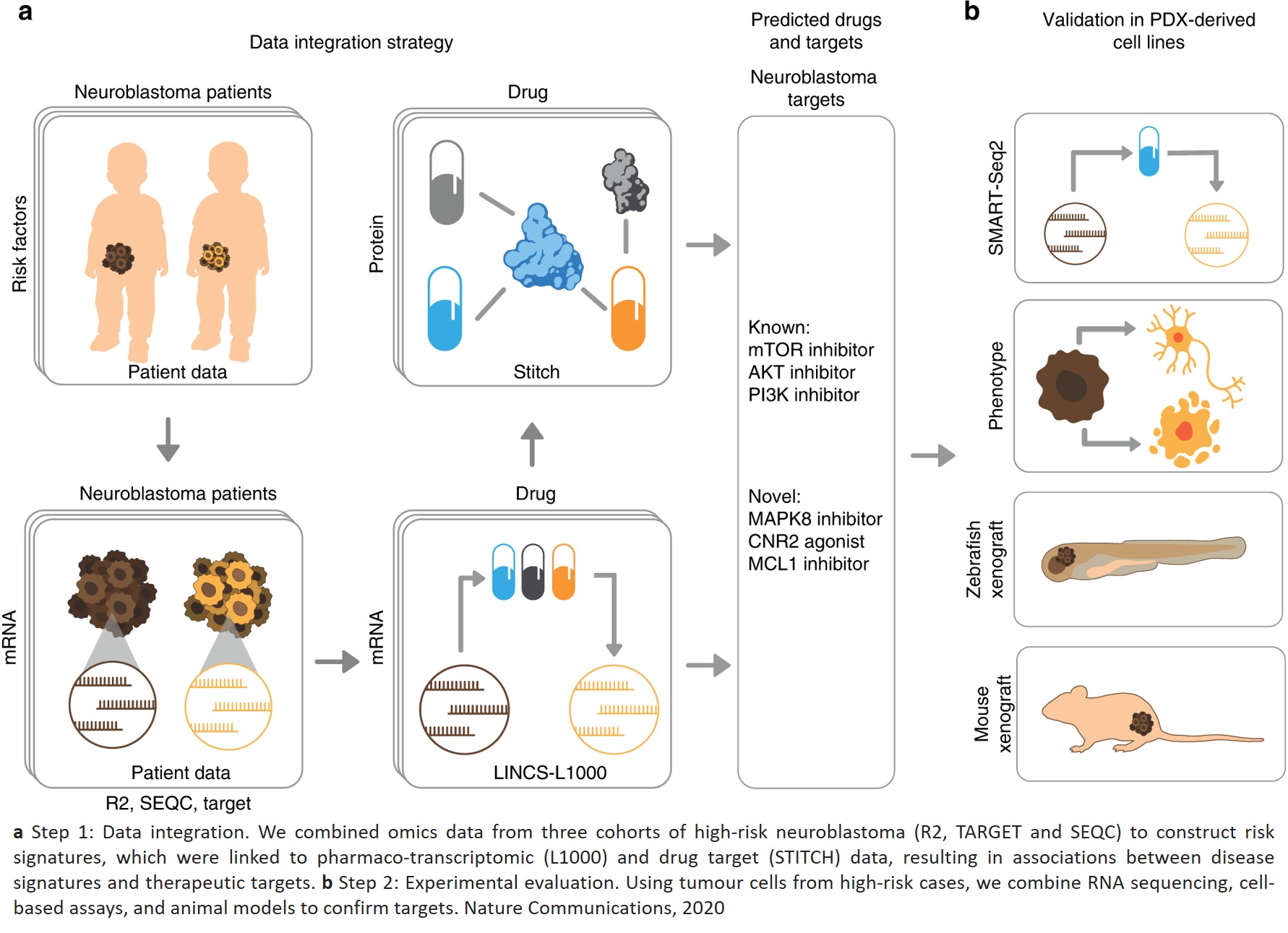 Using a computer algorithm, scientists have identified a promising new treatment for neuroblastoma. This form of cancer in children, which occurs in specialised nerve cells in the sympathetic nervous system, may be life-threatening. In the long term the discovery, described in the latest issue of the scientific journal Nature Communications, may result in a new form of treatment for children in whom the disease is severe or at an advanced stage.

The new treatment is based on activating a receptor protein, CNR2 (cannabinoid receptor 2), in the nervous system. A highly unusual method enabled this particular protein to be applied therapeutically. Instead of using traditional methods of drug development, this research group has developed a new computer algorithm capable of combining massive quantities of genetic and pharmacological data ('big data') from European and American hospitals and universities. The algorithm then suggested new treatments that could influence the basic mechanisms of the disease.

"We were astonished when the algorithm came up with completely new ideas for treatment, such as CNR2, that no one has ever discussed in this context. So we decided to investigate this further in the lab," says the senior author of the study.

The new treatments were investigated using cell samples from patients and in animal models, where they proved efficacious. The cancer cells' survival rate declined, for example, and tumour growth in zebrafish (Danio rerio) decreased, following treatment with a substance that stimulates CNR2.

The researchers have also developed the computer algorithm to enable it to be applied to other forms of cancer.