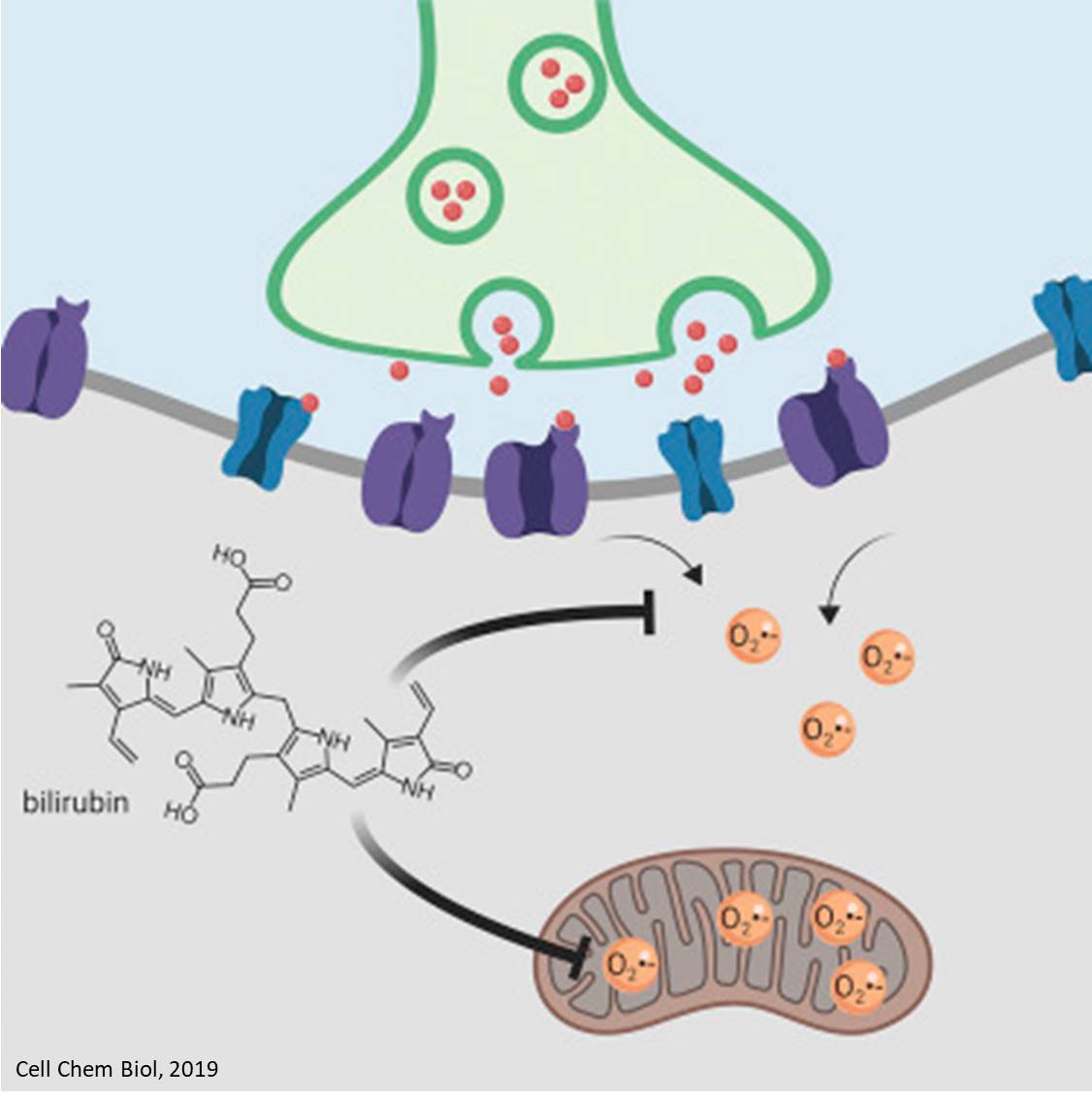 In studies in mice, researchers report they have found that bilirubin, a bile pigment most commonly known for yellowing the skin of people with jaundice, may play an unexpected role in protecting brain cells from damage from oxidative stress.

Bilirubin is commonly measured in lab tests as a marker for liver or blood health, and high levels may indicate disease. However, whether it has a role in healthy people has remained unclear.

The team says its interest in the compound's function in the brain arose from testing which tissues in the mouse body produced bilirubin. Surprisingly, the researchers found "exceptional levels" of the stuff in mouse brains -- five to 10 times higher production than in rodents' livers.

"Bilirubin is normally considered a waste product, but this level of production takes a lot of metabolic energy, and it seemed bizarre for bilirubin to not have a function," says a member of the research team.

The new study, described in a report published in Cell Chemical Biology, set out to find the purpose for harboring so much bilirubin in the brain. The team noted that past studies proposed that bilirubin might be an important antioxidant. Since the brain is so metabolically active and vulnerable to oxidative damage, the research group considered the possibility that bilirubin might be particularly important to protecting the brain against oxidative stress.

For their experiments, the team used mouse neurons grown in the laboratory that were genetically engineered to not produce bilirubin. As the cells grew, the researchers exposed them to various sources of oxidative stress by introducing reactive molecules to their environment.

When compared with normal mouse brain cells, the researchers found that the genetically modified mouse neurons were far more vulnerable to these stressors -- particularly at the hand of a harmful form of oxygen called superoxide.

The first author on the study, notes that superoxide is an important chemical cell messenger linked to learning, memory and development in the brain.

However, excessive brain cell activity can lead to uncontrolled superoxide levels, which can trigger oxidative stress and initiate a series of harmful reactions that cause damage to the brain. "Our initial experiments hinted to us that bilirubin might play an important role in controlling the levels of superoxide in the brain," says the author.

The research team suspected that bilirubin's ability to regulate superoxide originated in its chemical structure, which allows it to grab on to and neutralize the harmful molecule in a way that other antioxidants, such as glutathione and cysteine, cannot.

The researchers found that mice that lacked bilirubin had about two to three times more brain damage as their normal counterparts, suggesting that bilirubin protected normal brains against harmful superoxide reactions.

This discovery, the investigators say, advances scientific understanding of bilirubin's role in the brain and elsewhere and could lead to novel treatments for neurodegenerative diseases such as Huntington's and Parkinson's that are marked by excessive superoxide levels and oxidative stress.