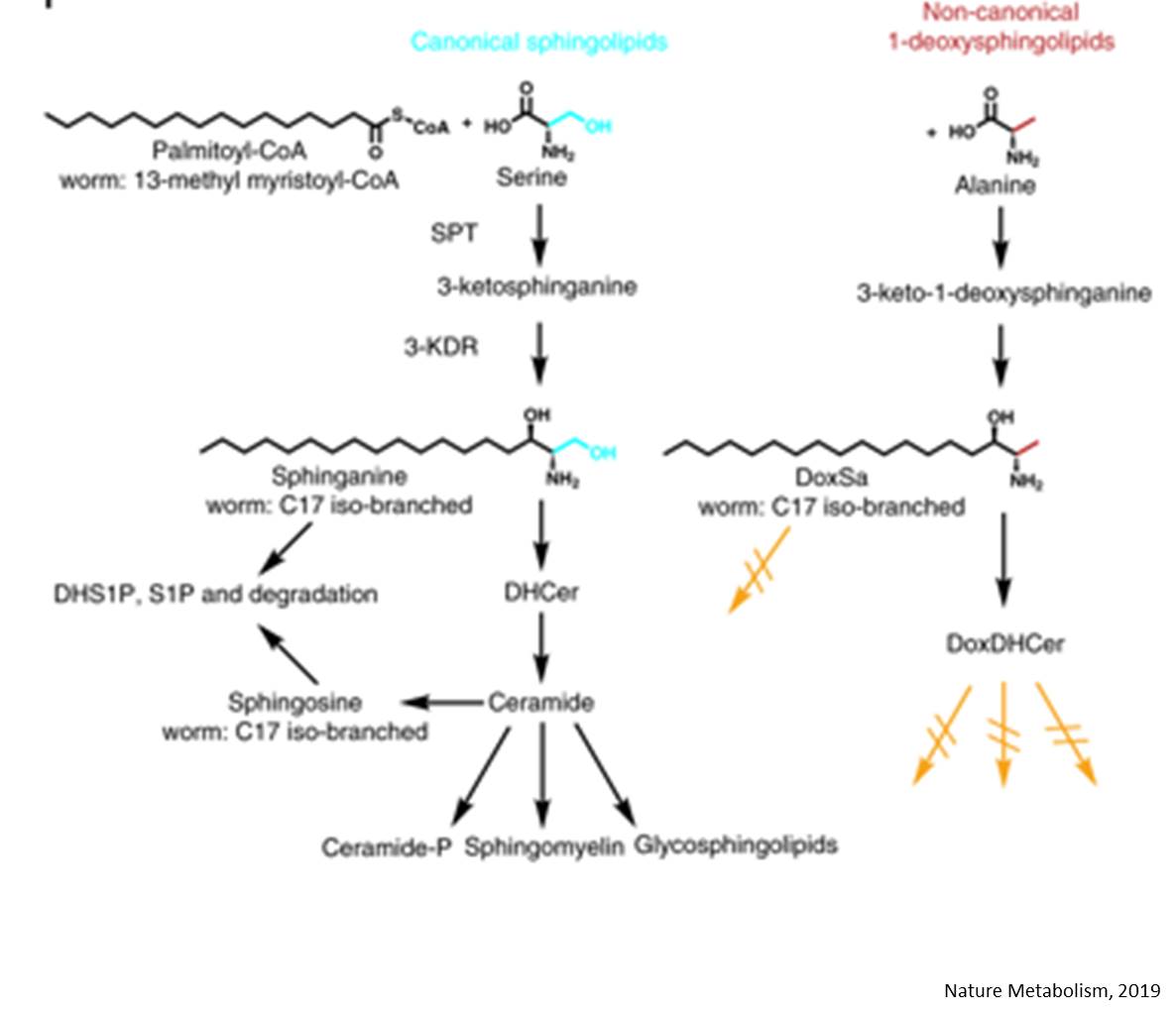 Each year, heart attacks kill almost 10 million people in the world, and more than 6 million die from stroke. A heart attack is caused by a clot that blocks the artery blood flow. Unirrigated tissues are deprived from the oxygen that is carried by the blood. Under these conditions, the affected tissues undergo a rapid necrosis. But why?

Scientists discovered that the synthesis of a lipid, called deoxydihydroceramide, provokes the necrosis. This lipid accumulates in the absence of oxygen and blocks cellular functions. By inhibiting its synthesis in a mouse suffering a heart attack, the biologists were able to reduce the tissue damage by 30%. These results, published in Nature Metabolism, suggest a new model of treatment for victims of a heart attack or stroke.

Not all animals are so sensitive to the absence of oxygen, worms can live three days without oxygen, some turtles can live several months, and certain bacteria indefinitely. "That is why we sought to find the link between the lack of oxygen and tissue necrosis in mammals", continued the scientist.

The researchers saw that in worms a particular species of ceramide, deoxydihydroceramide, accumulated to dangerous levels under anoxia, that is when tissues were completely deprived of oxygen. "Ceramides are absolutely essential lipids for the body", points out the senior author. "Without ceramides, several essential functions would be defective, for example, our skin would completely dry out."

Nevertheless, upon an infarct, the synthesis of deoxydihydroceramide increases and becomes toxic for cells. "Using mass spectrometry, we observed that this ceramide blocks certain protein complexes and provokes defects in the cytoskeleton of cells and the proper function of mitochondria, causing tissue necrosis", continued the author.

To confirm that deoxydihydroceramide was indeed responsible for tissue necrosis, the team introduced a human mutation causing a rare disease, HSAN type I, into the worms raising the amount of deoxydihydroceramide. The worms become hypersensitive to a lack of oxygen, confirming their discovery.

Based on these results, the team injected an inhibitor of ceramide synthesis in mice just before a heart infarct. They found that the mice that received the injection have 30% less tissue necrosis when compared to control mice that received an injection without the inhibitor. "This reduction is quite impressive", rejoices the author. This work opens new therapeutic perspectives for treatment of patients with vascular infraction.

This discovery could pave the way for a big advance in the development of treatments for heart attacks and stroke. The results obtained on mice are extremely encouraging and the ceramide synthesis inhibitor is a well-known substance, which has been tested in animal models. "Nevertheless, this molecule inhibits the synthesis of all ceramides" points out the researcher. This is why the researchers are now working on an inhibitor that will target more specifically deoxydihydroceramide, which is likely to have less side effects and maintain the normal body functions of ceramides.