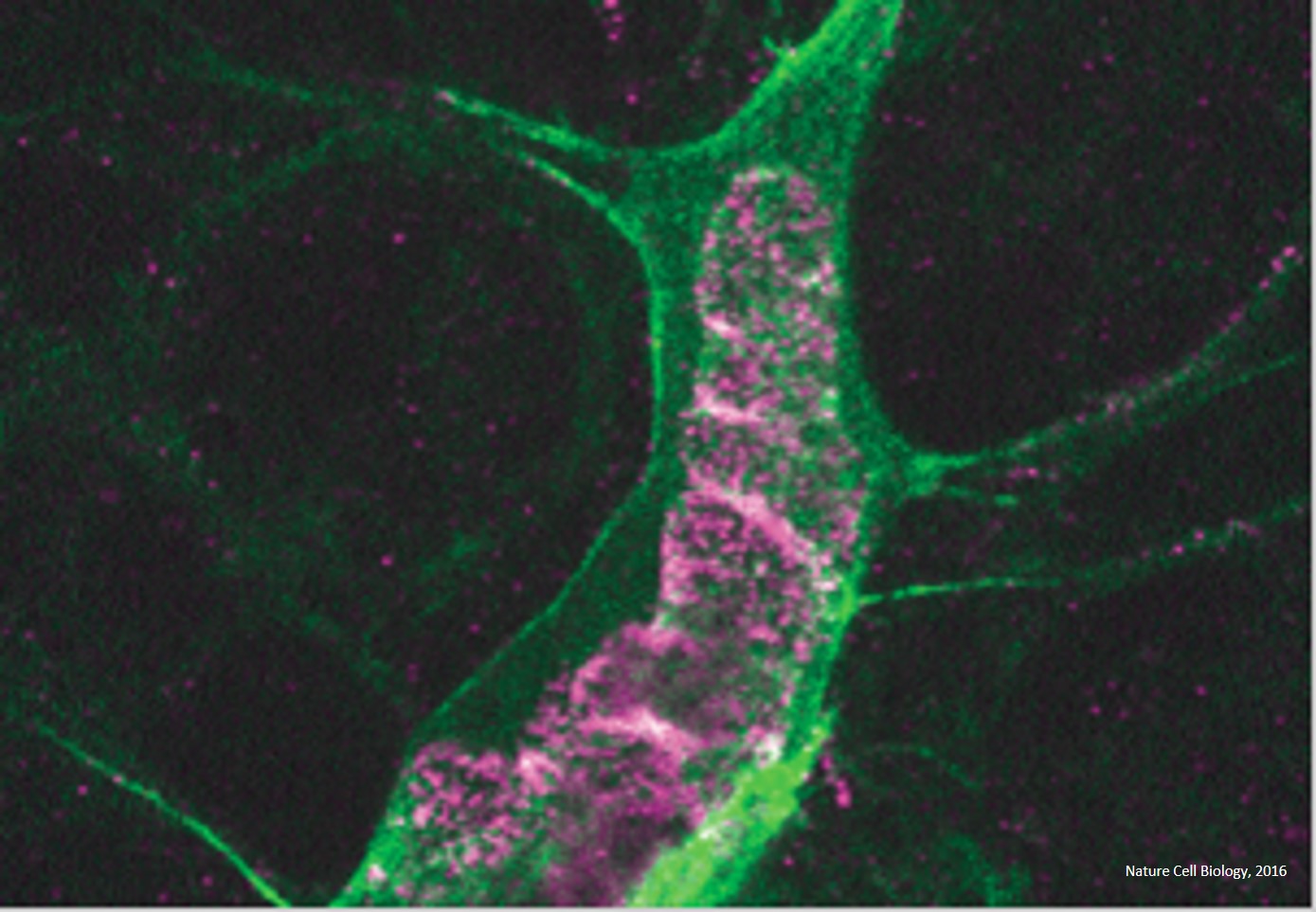 It is blood pressure that drives the opening of small capillaries during angiogenesis. A team of researchers observed the process for the first time and published their findings in Nature Cell Biology. The scientists showed how the pressure exerted by the blood causes the membrane of endothelial cells to cave in and grow into the cell's body, until a continuous vessel forms. The cell itself directs the process with the help of the actomyosin filaments of its cytoskeleton. Until now, scientists did not have such a detailed view of how blood capillaries form, which is important in the contexts of embryonic development, cancer or diabetes.

Using a spinning-disk confocal microscope that provides high spatial and temporal resolution, the researchers studied zebrafish embryos in which the endothelial cell membranes had been genetically labeled with a fluorescing protein. They observed how the blood squeezes into the endothelial cell and, as it does so, the membrane of the new lumen grows.

The cell actively controls the progression of the invagination. It pushes back smaller side branches and small bubbles by building actin fibers and then contracting them with the help of myosin filaments. This way the new capillary lumen only grows at the tip.

Capillaries grow whenever blood is required for new areas of tissue - during embryonic development or wound healing, for example. Angiogenesis is also of major importance in cancer. Growing tumors attempt to satisfy their ravenous hunger for energy and oxygen and let blood vessels sprout. "Blood vessels in tumors are not normal. They are leaky and often unable to control their diameter," says the author.

The property of the lumen may also be relevant to other diseases, says the author. "If blood vessel formation depends so heavily on the hydrodynamics of the blood, what does this mean for physiological blood pressure?" For example, retinal blood vessels are destroyed in the eyes of diabetics, especially at sites affected by strong fluctuation in blood pressure.