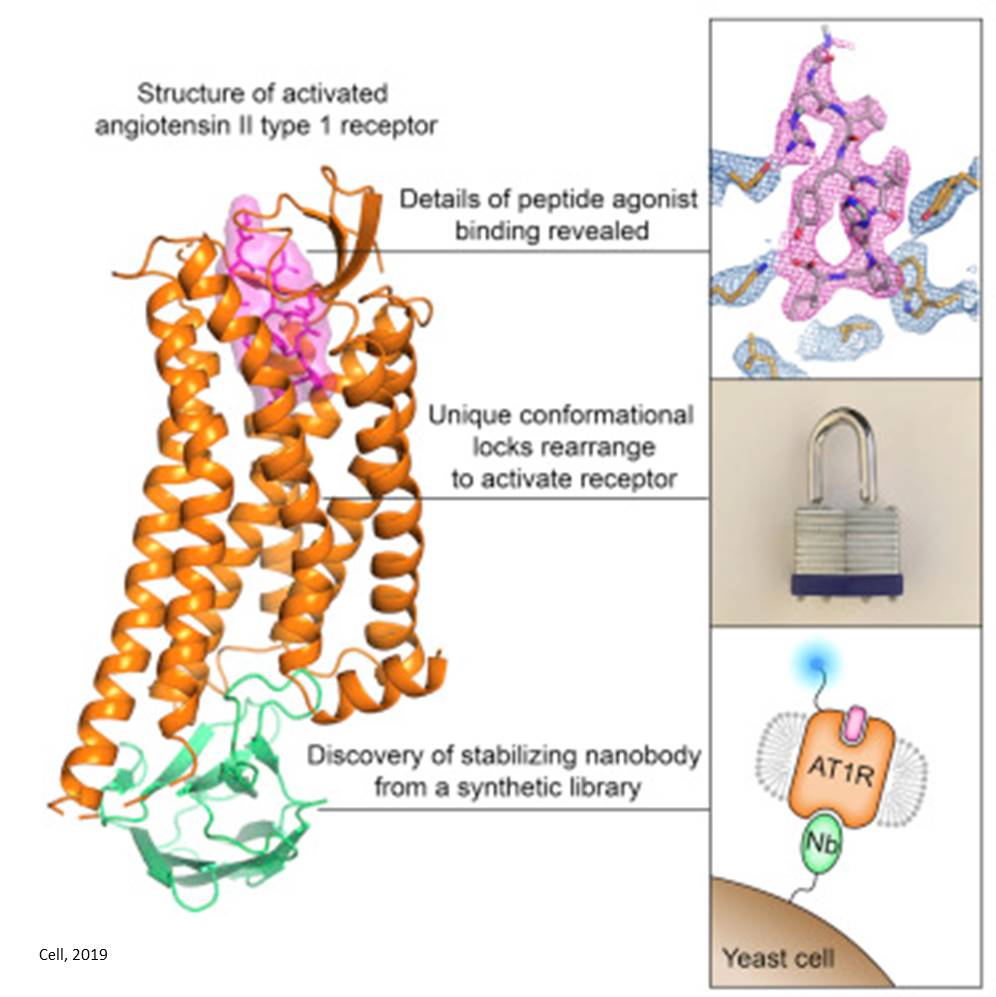 Bringing a long quest to a satisfying conclusion, researchers have mapped the active-state structure of the angiotensin II type 1 receptor, the target of widely prescribed drugs to regulate blood pressure and kidney function.

When the hormone angiotensin attaches to this receptor, it constricts blood vessels to raise blood pressure and stimulates the adrenal glands to retain salt in the kidneys. An estimated 5 percent of adults in the United States take angiotensin II receptor blockers to lower blood pressure, treat heart failure or prevent kidney failure or stroke.

Despite the receptor's critical roles in the body and its popularity as a drug target, researchers have struggled to answer the question: How does it activate?

"Millions of people take drugs that turn this receptor off, and it has been studied very thoroughly, but because of technological limitations, people couldn't see what it looks like when it's turned on," said co-senior author of the paper published in the journal Cell.

Researchers, who want to study a receptor in a specific shape, or conformation, often try to generate an antibody with a complementary shape that will hold the receptor still. Then they can crystallize it, bombard it with X-rays and translate the resulting image into a 3D atomic structure. The group tried the standard tactic--inoculating a llama to stimulate its immune system to produce the needed antibodies--but each attempt proved unsuccessful.

Using yeast instead of llamas, the researchers had generated a library of 500 million artificial nanobodies (small antibodies) to help structural biologists. "We offered our nanobody library and expertise in crystallizing G protein-coupled receptors like the angiotensin II receptor, while the other co-senior authors  lab brought their strengths in receptor biochemistry and pharmacology."

The nanobody binds to the receptor’s intracellular transducer pocket, stabilizing the large conformational changes characteristic of activated GPCRs. The peptide engages the AT1R through an extensive interface spanning from the receptor core to its extracellular face and N terminus, remodeling the ligand-binding cavity.