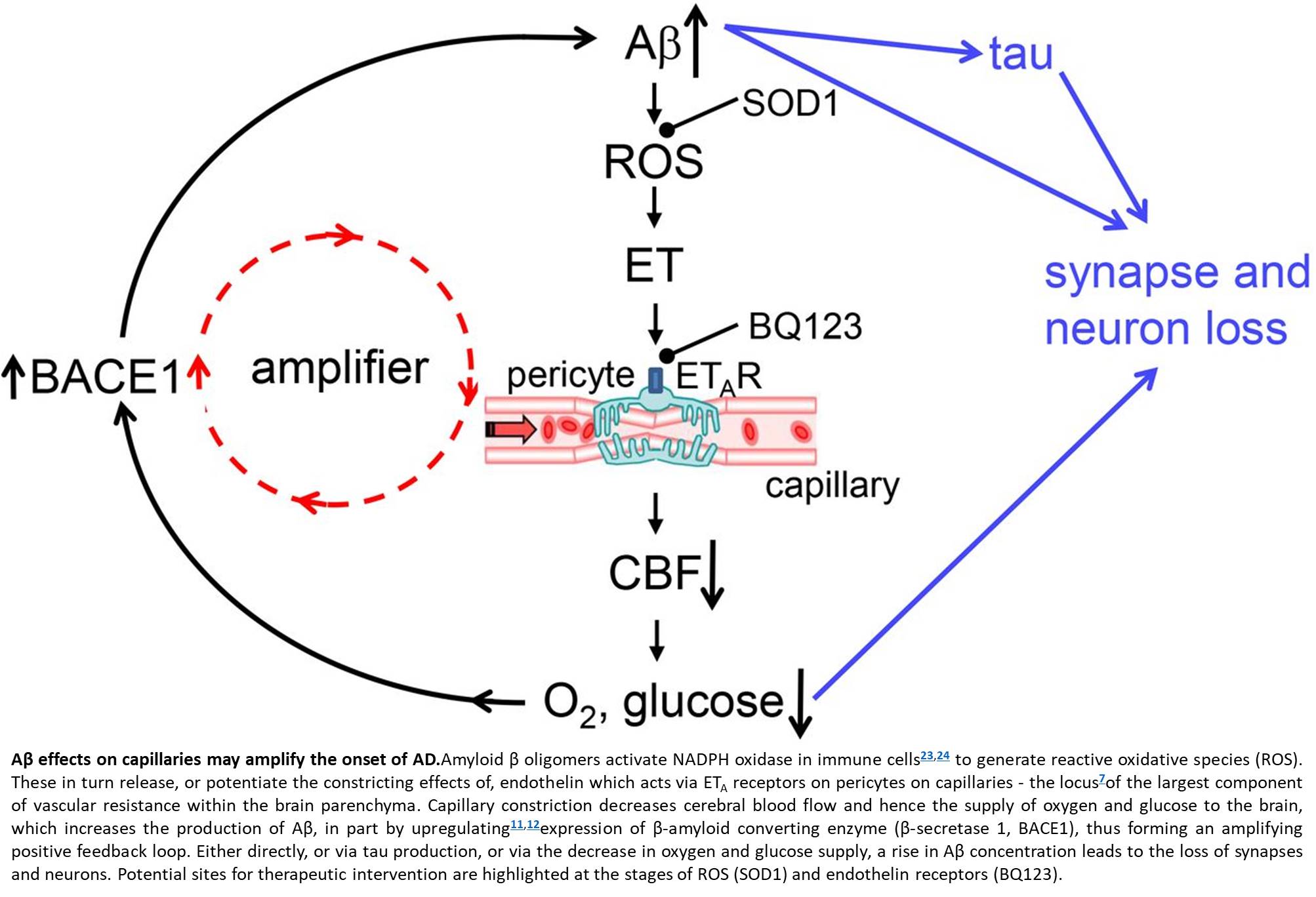 Reduced blood flow to the brain associated with early Alzheimer's may be caused by the contraction of cells wrapped around blood vessels, according to a study that opens up a new way to potentially treat the disease.

Blood provides the brain's energy supply in the form of glucose and oxygen. Earlier studies have suggested the first change in Alzheimer's disease is a decrease in cerebral blood flow.

The study, published in the journal Science looked at the role of pericytes, cells wrapped around capillaries that have the ability to contract and regulate blood flow.

They calculated that the constriction was severe enough to halve blood flow, which is comparable to the decrease in blood flow found in parts of the brain affected by Alzheimer's.

The capillary constriction was caused by Aβ generating reactive oxygen species, which evoked the release of endothelin-1 (ET) that activated pericyte ETA receptors. Capillary, but not arteriole, constriction also occurred in vivo in a mouse model of AD.

Lead author said: "Our study has, for the first time, identified the underlying mechanism behind the reduction of brain blood flow in Alzheimer's disease.

Since reduced blood flow is the first clinically detectable sign of Alzheimer's, our research generates new leads for possible treatments in the early phase of the disease."

The senior author of the study, said: "Damage to synapses and neurons in Alzheimer's is usually attributed to the actions of amyloid and tau proteins accumulating in the brain.

"Our research raises the question of what fraction of the damage is a consequence of the decrease in energy supply that amyloid produces by constricting the brain's finer blood vessels.

"In clinical trials, drugs that clear amyloid beta from the brain have not succeeded in slowing mental decline at a relatively late phase of the disease. We now have a new avenue for therapies intervening at an earlier stage."

The finding raises the prospect of treatments for Alzheimer's that are focused on keeping the pericytes relaxed.