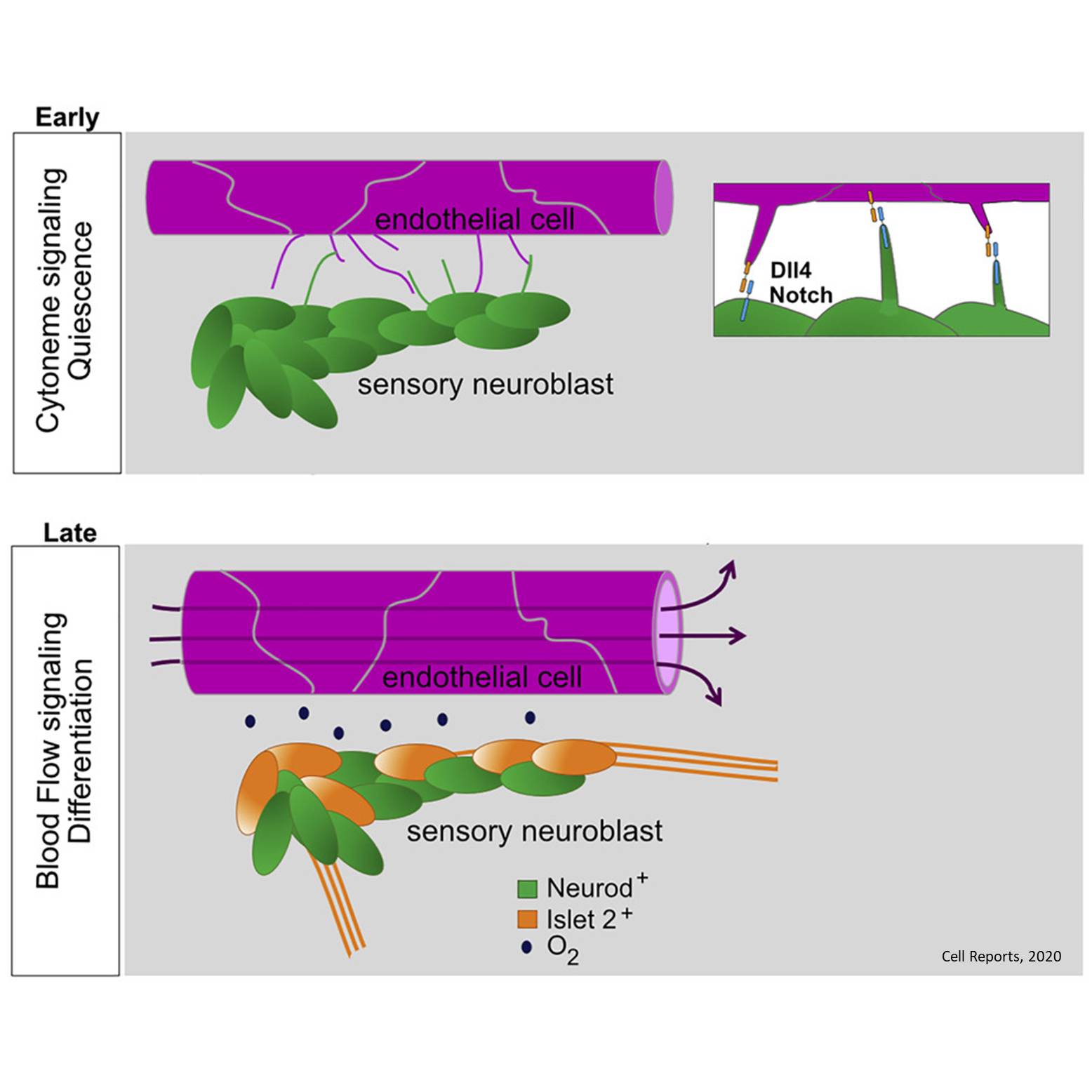 Researchers have shown for the first time that blood vessels communicate with neurons in the peripheral nervous system, regulating their proliferation and differentiation. The study is published in the journal Cell Reports and was conducted using zebrafish as a model.

The researchers, using real-time videos, have discovered that both the neurons and the cells of blood vessels emit dynamic protrusions to be able to 'talk' to each other. These protrusions are called signalling filopodia or cytonemes and they have a receptor or ligand at the tip that allows them to send signals. It was only very recently discovered and it is a highly precise signalling mechanism, both in space and in time.

"It was known that vessel cells and stem cells in the brain communicate but this is the first time it has been witnessed through cytonemes in the peripheral nervous system", the senior author explains. "By using high resolution spatiotemporal visualization techniques in vivo we have seen them in real time and they might also be in the brain", the author adds.

This communication allows maintaining some precursors of neurons in quiescence, i.e., dormant, and they constitute a reservoir of stem cells. So, if later on in adulthood an injury occurs, quiescent cells can be activated and replace damaged neurons.

The first author of the study, explains that "if all neuronal precursors proliferated and differentiated we would not have this reservoir and there would not be the opportunity for regeneration. In the auditory and vestibular system, which is what we are studying, cases of deafness or vertigo may arise".

The study also concludes that the precursors are initially in a hypoxic environment, i.e., lacking oxygen, which keeps them proliferating. When blood vessels connect to each other during development, oxygen is transported by the blood vessels and the environment becomes normoxic. The researchers have found that oxygen is the second signal of the vessels and in this case, instead of regulating quiescence, oxygen regulates the differentiation of neuronal precursors to neurons.

This study shows that during the development of the peripheral nervous system, the formation of new neurons and the maintenance of stem cells is highly dependent on signals from the blood vessels. Neurons receive signals from all the surrounding cells, which are part of the environment in which they reside and the vessels are part of this niche. "This new knowledge will help understand the connection between hearing loss and cardiovascular diseases, as well as improve protocols for in vitro differentiation of neurons for regenerative therapies", the author adds.