Brain cells that help us learn by watching others identified! 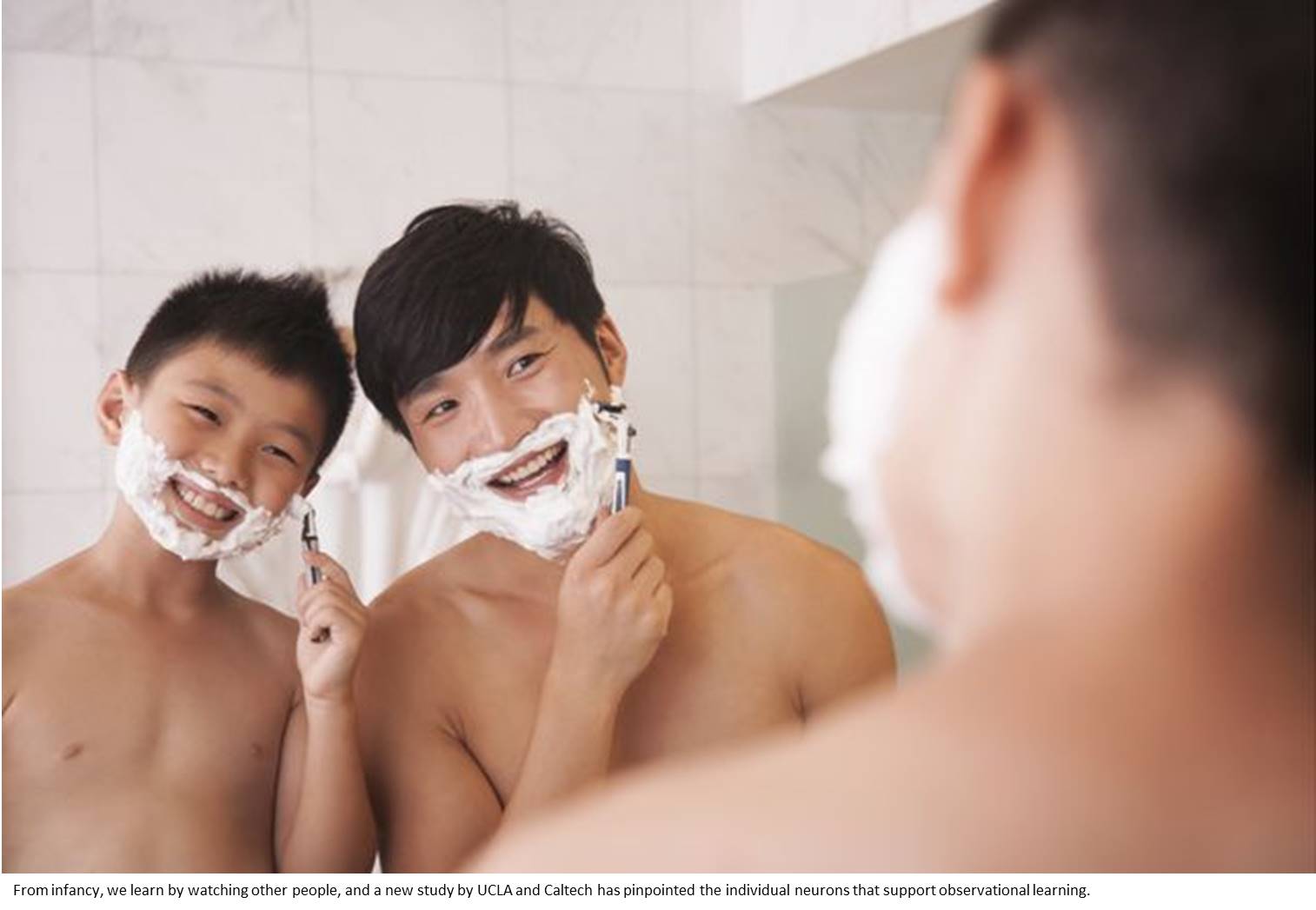 A study published in Nature Communications has pinpointed the individual neurons in the brain that support observational learning.

The findings could provide scientists with a better understanding of how the brain goes awry in conditions like learning disorders and social anxiety disorder.

In a secondary finding, the research team also discovered that neurons in the same region fire in response to schadenfreude -- the pleasure of seeing someone else make a blunder or lose a game.

Prior to the study, the researchers implanted electrodes deep inside the brains of people with epilepsy being treated at UCLA -- a standard medical procedure used to identify the origins of epileptic seizures prior to surgery. The researchers used the electrodes to record the activity of individual neurons in the brains of 10 people playing a card game.

Players were instructed to draw a card from one of two decks. One deck included 70 percent of the winning cards, while the other deck contained only 30 percent of the winning cards. Each person took turns choosing cards on his or her own and then watched two other players draw cards from the same decks. By learning from the results of their own and the other players' choices, the participants quickly zeroed in on the deck containing better cards.

The research team was surprised to discover that individual neurons deep in the frontal lobe reacted as the patient considered whether they or their opponents would pick a winning card. Called the anterior cingulate cortex, the region plays an important role in high-level functions like decision making, reward anticipation, social interaction and emotion.

"The firing rate of individual neurons altered according to what the patient expected to happen," author said. "For example, would their opponents win or lose? The same cells also changed their response after the patient discovered whether their prediction was on target, reflecting their learning process."

The findings suggest that individual nerve cells in the person's brain used the details gleaned by observing the other players to calculate which deck to choose a card from next.

"The anterior cingulate cortex acts as the central executive of human decision-making, yet we know little about the neuronal machinery at this level," said another author.

According to the authors, the findings will help scientists better understand the organization of neurons in the anterior cingulate cortex and exactly what they do.

The authors propose that active stimulation of the neurons in the anterior cingulate cortex could influence human behavior and have possible benefits for people struggling with learning disabilities or difficulty reading social cues.

"While obviously we don't know precisely what it is that these neurons encode, it's fascinating to see something like schadenfreude reflected in the activity of individual neurons in the human brain," one of the authors said.