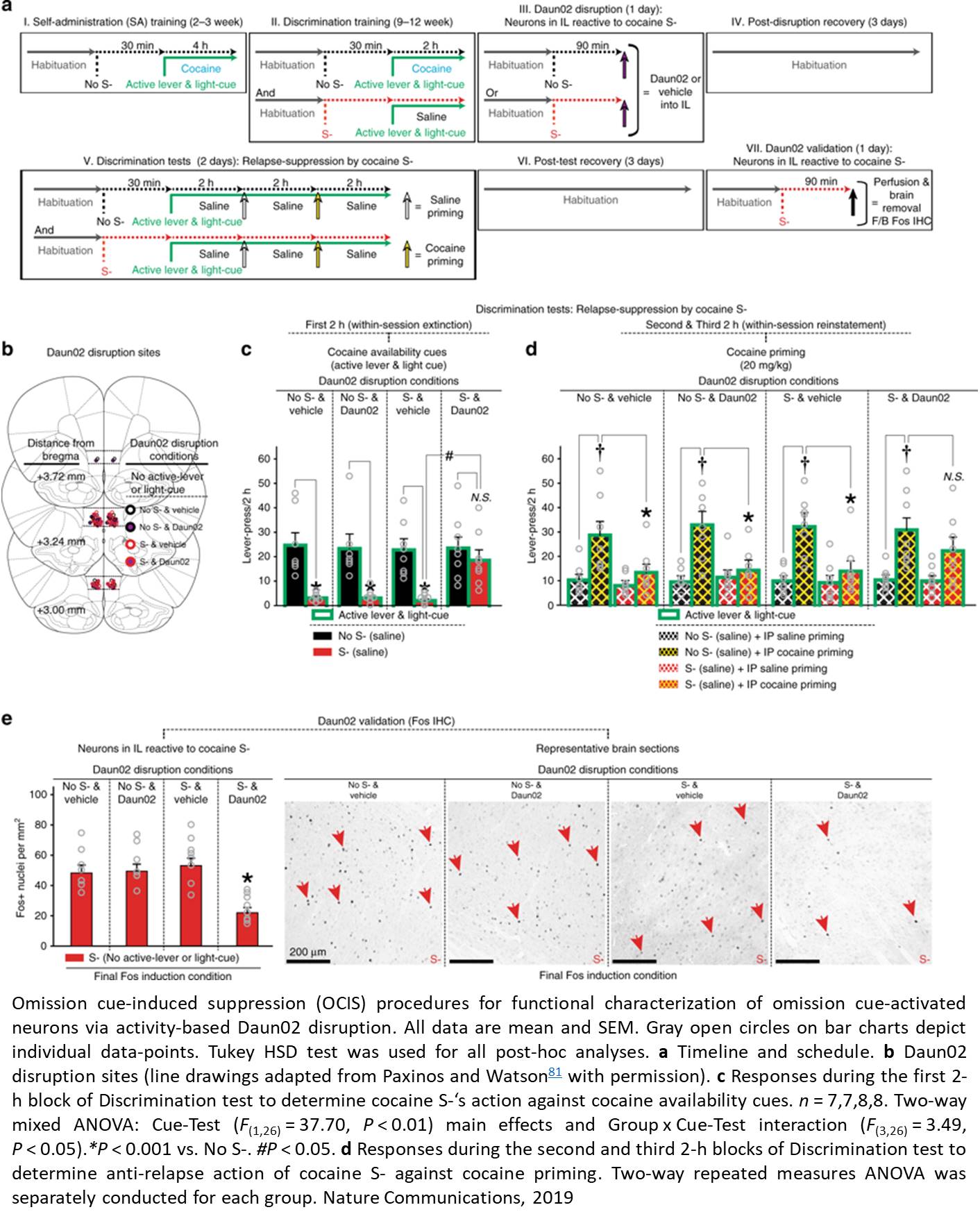 For the nearly 20 million U.S. adults who are addicted to drugs or alcohol, no effective medical treatment exists--despite plentiful scientific knowledge surrounding the factors that trigger relapse.

Rather than continue to dig for clues on what drives relapse among those who struggle with compulsive drug use, a research team decided to take a different approach: They explored how the brain responds to environmental cues that suppress--not promote--drug cravings, specifically for alcohol and cocaine, two of the largest classes of abused drugs. By shedding new light on these poorly understood brain mechanisms, their findings may contribute to better medicines to treat addiction, the senior author says.

"Medications designed to counter brain processes that lead to relapse have seen limited success in patients, as have non-drug interventions such as cue-exposure therapy that seeks to help individuals deal with addiction triggers," the author says. "We believed an alternate strategy would be beneficial, so we sought to explore what happens in the brain in the absence of triggers, when cravings are not driving behavior."

The study examined how nerve cells behaved in the brain's infralimbic cortex. This brain region is believed to be responsible for impulse control.

For their experiments, the scientists worked with male rats that were conditioned to be compulsive users of alcohol or cocaine. The team wanted to find out what happens in the brain when the rats received environmental cues (a citrus scent, in the case of this study) that drugs were not available. Those signals, known as "omission cues," were successful at suppressing all of the main factors that promote drug relapse.

The team then dug deeper into the underlying "anti-relapse" brain mechanisms, using a laboratory technique that would remove any ambiguity about what role the neurons play in shaping behavior.

"Our results conclusively establish that certain neurons that respond to omission cues act together as an ensemble to suppress drug relapse," the senior author says. This relapse-suppression is, in part, driven by omission cue-reactive neurons, which constitute small subsets of glutamatergic and GABAergic cells, in the infralimbic cortex. Additional research will build on these findings.

"A medical breakthrough is needed in addiction treatment," the senior author adds. "Our hope is that further studies of such neural ensembles--as well as the brain chemicals, genes and proteins unique to these ensembles--may improve addiction medicine by identifying new druggable targets for relapse prevention."